Myfanwy Collins - Is there hope within even the darkest hearts? A woman has sex with her dead mother's husband. A child sleeps in a makeshift nest. A sister betrays a sister. A woman takes on the persona of a dead prostitute 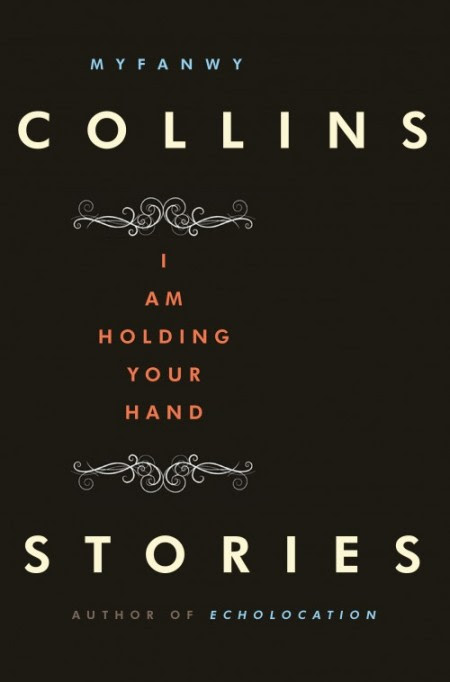 Myfanwy Collins, I Am Holding Your Hand, PANK Books, 2013.


Jessie’s mother had her tonsils removed as a girl, but they grew back, a fact Jessie found both disturbing and titillating. That humans might have body parts which grew back. Could this mean there was a cure for death?”

The idea of absence and the possibility of renewal linger over the remainder of the story, as Jessie’s father appears quickly in flashback before readers are told he dies alone five months later. Collins subtly links the image of infected tonsils to that of an infected marriage, and readers are left to decide if Collins’s ten-year-old protagonist is capable of drawing a connection between the re-growth of her mother’s tonsils to the possibility of reconciliation between her parents. The “cure for death” Jessie seeks may not only be in the sense of literal death but also the death of a marriage, and as the piece concludes, Jessie recalls a story her father once told her of his own youth, and she invites the idea of him to hold her hand, an invitation that suggests acceptance—that certain things cannot grow back, that there is no cure for death—and a growing sense of maturity.
Likewise, “The Daughters” hints at the idea of growth and maturity, albeit in a completely different manner. Collins tells the story in four brief sections and illustrates scenes of impoverished living in a household with three young girls:


Their mother never teaches them to wipe front to back or to brush their teeth before bed. One of the daughters goes for weeks without washing her hair until the teacher complains that she smells of their father’s cigarette smoke.

Their mother does teach them that if they wear their underpants two days in a row they will get sick.

The effectiveness of the story comes in Collins’s ability to paint these kinds of images; the simple language emphasizes the severity of the conditions and allows the reader to witness the scene without any kind of sentimentality. In fact, the briefness of the entire story allows Collins to avoid any sentimentality whatsoever.
The final section of the story reveals how the daughter’s father clean their ears by way of paperclip or the cap of a Bic pen, and although the practice is dangerous and cruel, the daughters mostly come away unscathed, but Collins ends the story by again hinting at the theme of maturity:


When he is done and the daughters are free to go the inside of their ears tingle red. The sounds of the world seem muted to them, seem dense.

The lines speak immediately to the physical agony the daughters may feel, but in a larger context, Collins seems to be suggesting something of the daughter’s emergence into the world outside the home, a world where conditions may in fact be no less severe than what’s existed in their childhood—a fact that, if true, would offer the potential to exhibit fortitude in another sort of world that’s just as “muted” and as “dense” as the one in which the girls grow up.
The transition between adolescence and adulthood doesn’t just come through pain, however. In “What He Told Me,” one of the better long pieces in I Am Holding Your Hand, the lingering promise of sex forces Paula to accept the approaching changes without much of a choice. After the funeral of his wife, the father of Paula’s best friend invites her to drive around town, drinking beer. Back at his house, he makes a pass at Paula, and somewhat surprised, Paula isn’t quite sure how to proceed: “I wanted it to go no further or to never stop.” The uncertainty of such a moment indicates Paula’s unwillingness to dive completely into the adult world and recalls the advice she received from her father, years before, as they hiked in the woods: “Take your time. Observe. Once you’ve figured out what you’re dealing with, you’re safe to move on down the path.” The story concludes with Paula still not quite ready to figuratively move down that path, but given the appearance of a young farmhand, she’s certainly willing to consider it.
A suggestion like the one Paula hears from her father echoes throughout much of the collection but certainly through one of the collection’s most challenging stories. Jeannie, the narrator of “Verbatim,” moves to a new town, and after a prostitute in the neighborhood is murdered, she begins sleeping with a college student she’s working with as a speech pathologist, takes on the guise of the dead prostitute (in the process of this she gives a blowjob to an unsuspecting barber), considers becoming a prostitute, and encounters trouble when she picks up her first customer. Jeannie’s destructive behavior is fascinating to watch unfold, but some readers will wonder where such behavior originates. Collins puts her character through a lot, and in the fragmented style through which the story is told, it’s sometimes difficult to piece together motivation. Jeannie’s decisions seem rather impulsive, and while they certainly propel the story forward, the lengths to which Jeannie plunges into the lifestyle will either have readers accepting such jumps or rejecting such a premise. Ultimately, the story succeeds due to such questions, and the challenging aspects of “Verbatim” only confirm Myfanwy Collins to be a challenging yet rewarding author.
Daunting as it may be to work through the thirty-seven stories found inside I Am Holding Your Hand, the flexibility on display offers enough evidence of the sort of talent Collins possesses. The work is always provocative, engaging, and entertaining, and in addition to the fantastic novel Echolocation, the oeuvre of Myfanwy Collins continues to grow, and so too should her readership. - Brian Seemann 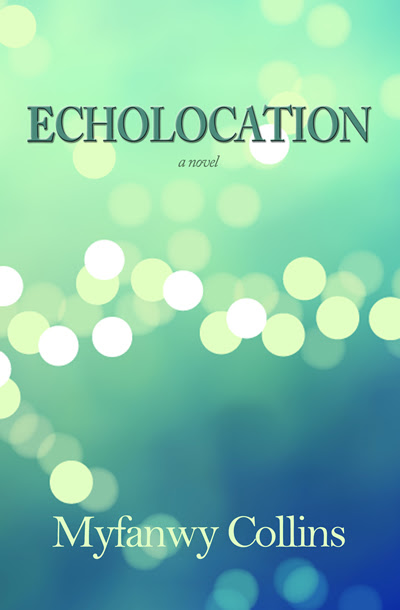 Sometimes the voices that call you home lead you astray...

Cheri and Geneva grew up on "a little patch of nothing made up of dairy farms in the valleys and boarded up iron-ore mines in the mountains, a town of old folks waiting to die and young people dying to leave." Now, Cheri has fled that life for the city, leaving Geneva behind to care for their aunt as she succumbs to cancer. Her death draws them together, forcing them to face their past-and each other. When Cheri's mother turns up with a strange baby and a dangerous secret close behind, the choices that follow will push all of them beyond boundaries they never thought they'd cross.
In this stunning debut novel, Myfanwy Collins lays bare the hearts of three lost women called together by their own homing instincts in a season that will change their lives-and the place they call home-forever.

"Myfanwy Collins tells a deep and resonant story about people she loves, and along the way shows us how to love them as well." -Dorothy Allison
"Myfanwy Collins' debut novel calls to mind the grim and radiant work of Daniel Woodrell. From page one, I was chilled by the landscape, caught up in the trouble, and riveted by these women of northernmost New York who slam back together and figure out how to live with what's missing." -Pia Z. Ehrhardt


"Fearless, elegant, and accessible, Echolocation is literary fiction at its best. With heartbreakingly beautiful prose, Myfanwy Collins tells a gripping and tender tale of broken souls yearning for wholeness. These are characters who will stay with you long after you turn the last page. It's a dazzling debut!" -Ellen Meister
"Myfanwy Collins has the goods. It's that simple. Echolocation is about love in all its magnificent slipperiness; it's about how secrets bind us rather than rend us; it's about the endless series of personal reinventions we call a lifetime. And these are things we had all better be thinking-and reading-about, if we plan to try and get out of this alive." -Ron Currie Jr.
"A moving and delicate novel, tracing the poignant destinies of women who long for a home they never had." -Laila Lalami
"Get ready to fall madly, sadly in love with the fiction of Myfanwy Collins." -Benjamin Percy 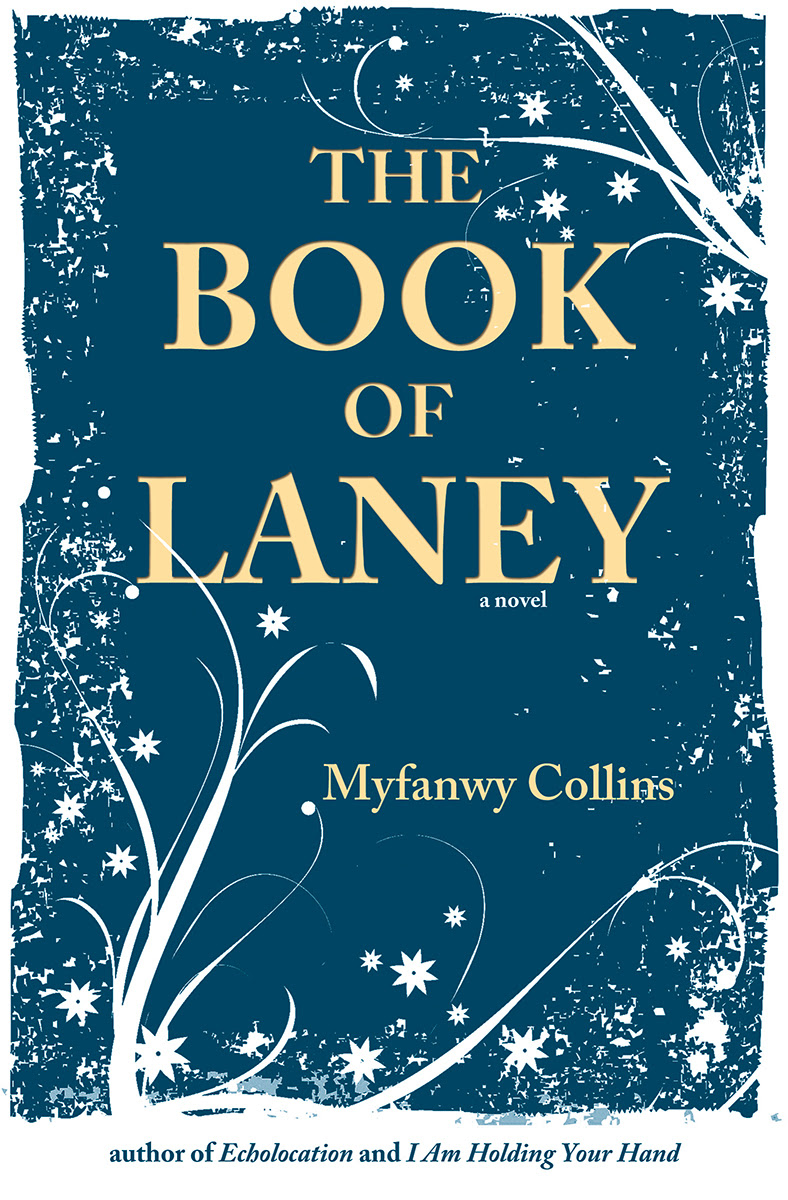 The Book of Laney, 2015.
Here and now I am in this place far away from my home. Here, with the cold wind blowing down from the north and the stars piercing through the cloudless sky. Here I am.
But my story does not start here.
My story starts months ago and hundreds of miles south of where I am now. My story starts in the place I used to call home. My story starts with violence and heartbreak.

After her brother is involved in a grisly murder-suicide, fifteen-year-old Laney is sent to live with her grandmother in the Adirondack Mountains. Laney gradually warms to her new home—especially her relationship with a mysterious neighbor—but before she can appreciate her new life, she must uncover the secrets that have haunted her family for decades
Labels: Myfanwy Collins