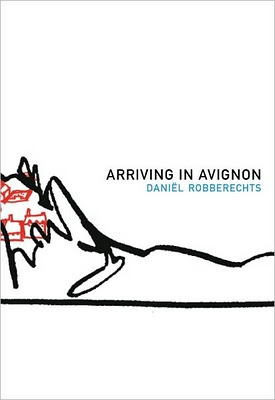 "The Flemish writer Daniël Robberechts (1937-1992) refused to identify his books as novels, stories, or essays, according them all equal status as, simply, writing. This liberation from genre gives his work, for all its apparent simplicity, an elusive, hypnotic quality, and no more so than in his debut, Arriving in Avignon, which records a young man's first encounter with that labyrinthine city, and his likewise meandering relationship with a girl from his home town--and indeed virtually every woman he meets. Hesistant and cautious, unable quite to enter nor turn away, the young man seems to circle Avignon endlessly, in the process attempting to delay his inevitable descent into maturity and monogamy. What seems at first like a cross between a memoir and a guidebook comes in time to be the story of a young man's dogged yet futile quest to know his own mind--unless it's the ancient city of Avignon itself that is our real protagonist: a mystery that can be approached, but never wholly solved."

"Rescuing Belgian writer Daniël Robberechts from undue obscurity, Dalkey Archive is bringing his work back into print, and their first offering is his dark, multi-genre work, Arriving in Avignon. Writing in third person in an unrelenting voice that advances by question and insinuation, Robberechts examines the experiences of his younger self over the course of twenty-one trips he made to the nondescript French town of Avignon. A curious lack of memorable or "significant" experiences despite a near obsessive attraction to Avignon becomes a source of inquiry for Robberechts, and his investigation quickly flowers into a philosophical exercise, played out in the gap between reality and language's inadequate tools to capture it. Complicating the staid middle-aged Robberechts' efforts is the young Robberechts' thundering lust for every female he had even the slightest contact with. By superimposing his erotic longings and thwarted desires onto the town of Avignon itself, Robberechts cleverly equates his inability with being able to apprehend or enter Avignon on a more meaningful level with his self-defeating efforts to become romantically or sexually involved. However, what lifts this work above dull masculinist nostalgia is Robberechts' anguished and livid frustrations with the slippery nature of reality itself. If Arriving in Avignon is any indication of what Robberechts was capable of, there's much to look forward to in his forthcoming works." - Damian Van Denburgh

"A thirst for knowledge and a craving for adventure run parallel in Robberechts’s book, written in the ’60s but only recently translated into English. Fiction, memoir, or hybrid of the two, it’s labeled a “record” of events by the author (who committed suicide in 1992). Beginning in his late teens, the unnamed protagonist finds himself inexplicably drawn to Avignon to explore nature, sexuality, and the town’s rich history. The narrative unfolds in a stream-of-consciousness, involving the reader in the protagonist’s quest for experience. Adding a layer of metafiction is an overly formal, omniscient narrator, who approaches the protagonist like an academic project. Yet the narrator is implausibly flesh-and-blood, able, for example, to interview two girls with whom the protagonist has flirted. There is not so much a plot as an accumulation; the trips are numbered, bringing structure to this “record.” A summer is spent in the great outdoors; a winter reading the Marquis de Sade sparks a predatory streak; a last trip to his wife finds her pregnant, “though she doesn’t know it yet.” The book succeeds because Robberechts’s intellectual curiosity dovetails beautifully with that of an avid, preferably Francophile, reader." - Publishers Weekly

"...But back to ROBBERECHTS: ARRIVING IN AVIGNON is the first of what one hopes will be his collected works. Totally unknown in the US and mostly unknown in his native Belgium… there is a heart breaking moment in the introduction by his publisher, who I assume in John O’Brien, who mentions meeting Robberechts’ daughter , the daughter of a suicide father, who did not have most of her father’s books and all of his books were out of print in Belgium.. but from a selection from another of Robberechts' books published in the Flemish issue of the RCF one knew that this was the real thing and that was the first inclining of what was to come.
ARRIVING IN AVIGNON, refusing to admit to being fiction, non-fiction, biography, autobiography, travel narrative, recite becomes the perfect book, a book that flies all categorization and easy description but is easily readable… the opening, “In the diary that he has kept since he was eighteen… (but we his readers know that he will be a suicide when he is 55)… as if Rimbaud had really returned and not in a parody as represented by Patti Smith’s self-ID but in Rimbaud’s total abjection though invigorated as if possessed by Celine… Robberechts will trace all his connection to this French city… it must be stated that ARRIVING IN AVIGNON was originally published in 1970.. so more strikes against it… giving lie to all those who say there are no undiscovered great writers in the world today because we are all so well informed... any culture that considers Paul Auster, Ricky Moody, Don DeLillo and they are just the figureheads of the well known bad writers in Edward Dahlberg’s phrase… but now ARRIVING IN AVIGNON is there - with more to come - along with that other great and unique book Dalkey published some years ago: CHRIST VERSUS ARIZONA by Camilo Jose Cela and which I think is the best book they have published and the most essential, the most innovative, the most daring…" - Thomas McGonigle

"The Editor’s Note describes this book as “an uneasy synthesis between fiction and journal, confession and travel guide”: it’s the story of Avignon, a walled city seen from outside and in, Avignon as object, as something to be explored, but also Avignon as a place to be skirted around, passed through, a place connecting points south to points north. Early on, we learn that our protagonist, over a period of eight years starting when he was eighteen, traveled to/around/through Avignon—a city over 500 miles from his hometown, Brussels—about twenty times. He stops there en route to Greece; he takes a solitary week-long hiking trip in the surrounding countryside; he spends five weeks, one summer, in a village where he knows no one; he lives, for a time, in that village, away from his family. The Author’s Note, at the end of the book, talks about the idea of a book “in which the characters would be objects: a whole town just the same as the most trifling urban object,” and, indeed, the people in the book are always at a distance, from us and from the narrator: he fantasizes about girls/women, has a lover from his hometown, marries her—but we learn next to nothing about these people. Instead, we learn about what Rilke said about Avignon, what John Evelyn said about it; we learn about the Avignon Papacy. There are many lists: the names of the gates of the town, the names of bridges (Pont Saint-Bénezet, Pont-du-Gard, Pont Saint-Pierre) the names of hotels, the names of streets (Boulevard de l’Oulle, Boulevard Saint-Dominique, Boulevard d’Estienne d’Orves), the names of the books in the protagonist’s library that talk about the city.
There’s a mix, too, of the concrete and the philosophical: the idea of the “circuitous, interminable approach” (13), the idea that “approaching may be our most profound vocation” (15), ideas about memory and its unreliability, about reality and what it consists of. There is precision and vagueness: the memory, say, of a teenage family trip through France and Spain, drinking rosé, watching dad act tipsy, trying to strike up a friendship with a bellboy, the atmosphere of all the different towns, like “Lloret with at most three hotels, including one—theirs—where the roof leaked; where in the mornings before ten o’clock you saw no one under the palms on the promenade except children with their black-and-white uniformed nannies; where in the tent close to the high-tide mark deadly serious children of ten congregated to dance” (8). And then trips back and forth between Avignon and Brussels where our protagonist doesn’t remember the details, so instead of hearing about the trip we hear about logistics: the times of the buses, the towns where the trains stopped, the times of the trains.
The book at one point says that the protagonist’s memories and travels—and the telling thereof—are just “a collection of tangents and intersections” (58); elsewhere, earlier, the project of the book is described like this:
Though actually, the main thing is to get him to accept that his experience of Avignon as an essentially arbitrary town (which could thus be replaced either by Prague, a town he’s never set foot in, or indeed by his hometown) and perhaps even as an arbitrary object (just not so central an object, so exclusively personal, that any statement about it would become problematic)—however fragmentary and unsystematic this experience, however inadequate for a historian, a geographer, an economist, a sociologist, an archaeologist, a compiler of travel guides, or even a tourist—precisely because of its randomness, its physical, synthetic innocence, offers the chance of an exploration, of course lacking the thoroughness of a scientific research project, but being therefore a report that would have room for everything that scientists must neglect for the sake of objectivity: an ordinary human statement that might satisfy in us precisely what all scientific literature fails to satisfy. (4-5)
For me, the book works best as an “ordinary human statement” when it tries (and I think, manages) to capture the fullness of life in a city or even just a village, when there are multi-page lists, for example, about the townspeople in the village where the narrator stays, like this (though this is only the start of it): “Madame Escoffier’s aloofly smiling sister and her short, thin, pale husband, a retired engineer—one could never tell whether or when he was smiling; the landlord of the bar-tabac, a former truck-driver with the sinister face of a boxer; his dark-eyed, gray-haired wife, hailing from the biggest farm in the area, the very picture of solid, sensible, passionate womanhood; the gruff, paunchy, maire who always spent the whole day playing cards in the bar-tabac opposite his house;” (45-46)." - Letters and Sodas