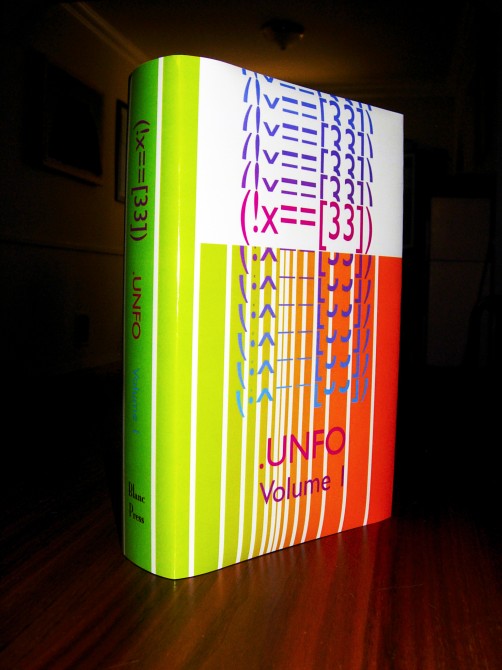 
"The first volume of a projected multiple volume set. What if you had a very long book and made it longer? With (!x==[33]) .UNFO seeks to indexically lengthen the world’s most monumental texts through failed software operations.
(!x==[33]) is curated by UNFO (Unauthorized Narrative Freedom Organization), an unofficial and temporary coalition of coders and writers, including Dan Richert and Harold Abramowitz."