Davis Schneiderman follows the renegade countertradition of linguistic experiment, taking up where W. Burroughs and K. Acker, among others, left off 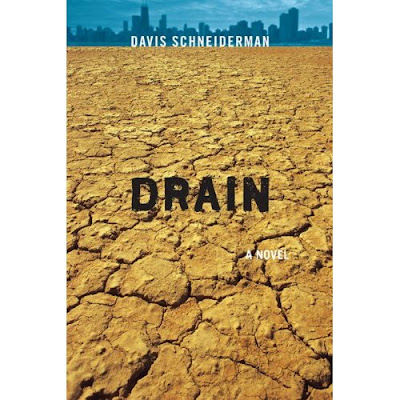 "It’s the year 2039, and Lake Michigan is mysteriously emptied of water. The planet’s atmosphere and magnetic field are failing, and fires burn ominously throughout the empty lake bed. In this seemingly endless desert east of Chicago, three factions are locked in conflict: the original end-of-times cultist settlers who follow religious visionary Fulcrum Maneuvers and worship a giant World Worm they deem responsible for the drained lake; the megacorporation Quadrilateral, a mega-consumerist, planned-community combine of bourgeois city planners developing what is now called the Wildland-Urban Interface; and the Blackout Angels, landlocked punk pirates raised in Quadrilateral cities, who oppose everything and everyone. In Davis Schneiderman’s shocking novel, Drain, freedom, creativity, and transgression wage war with forces of control, censorship, and conformity. The wordscapes of William S. Burroughs and Thomas Pynchon, the dystopic nightmares of Philip K. Dick, and the transgressive punch of Chuck Palahniuk and Georges Bataille together convene in this stunning and thrilling work." 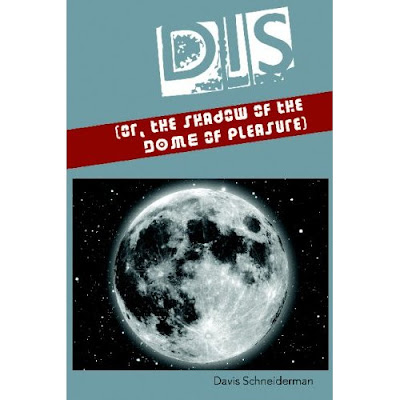 Davis Schneiderman, DIS: or, the shadow of the DOME of pleasure (BlazeVOX Books, 2008) )

"M. Pascal to the contrary, this shit don't stink. This shit reeks of righteous rage, bloody wit, and the bitters of monkeys in front of typewriters. This is writing that doesn't write, can't right but through imagination, of which Schneiderman has buckets, not to mention rhythm: his snaking quantitative meter pulls us through the beer, alexandrines lighting the shit ablaze. At the end of which we arrive, finally, at the obvious: this book is nothing short of and nothing less than the real shit." - Kass Fleisher

"DIS is like a kick in the ass that propels you into the beyond. It's an untidy techno-blur spliced to the Kublai Khan's genetic code. Schneiderman may go molecular, but DIS always disses." - Raymond Federman

"Careening through Davis Schneiderman's writing is like being born with a placenta over your face. You're squirted into a charming untidy lit world and suddenly you know stuff, lots of stuff, and you don't even have to read the book because the movie's flickering on the inside of the bloody cowl. Yippee!" - Jiri Cech 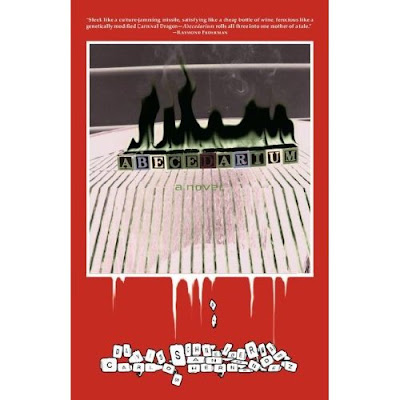 "Two writers decide to write a book together. They sit in the same room, nose-wrinklingly close, writing, trading pages, expanding each other's stories. But it doesn't take long before they start cutting up, mashing up and purposefully fucking up each other's prose. They dodge and parry, gouge at eyeballs, bite. In moments of tenderness, they pet each other in the wounded night. Their narrative grows increasingly chaotic, linked only by harum-scarum leitmotifs and a mounting scatological lexicon." 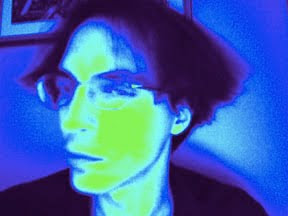 "This collection of essays by leading scholars offers an interdisciplinary consideration of Burroughs's art. It links his lived experience to his many major prose works written from the 1950s on, as well his sound, cinema and media projects. Moving beyond the merely literary, the contributors argue for the continuing social and political relevance of Burroughs's work for the emerging global order.
Themes include: Burroughs and contemporary theory; debates on 'reality'; violence; magic and mysticism; cybernetic cultures; language and technology; control and transformation; transgression and addiction; the limits of prose; image politics and the avant-garde."

"Schneiderman and Walsh's new collection should mark the beginning of a new and wider view of the contemporary implications of Burroughs's thought. This collection is retaking the universe of Burroughsian interpretation-starting now." - James Grauerholz

"'Retaking the Universe' .is the first serious and well-conceived study of [Burroughs's] global influence." - Victor Bockris

"More than any other writer of the last fifty years, William Burroughs cracked the code of the hyperreal, ultra-commodified society of control, and charted out possible lines of escape. These essays testify to the continuing relevance of Burroughs's words and projects in the twenty-first century." - Steven Shaviro 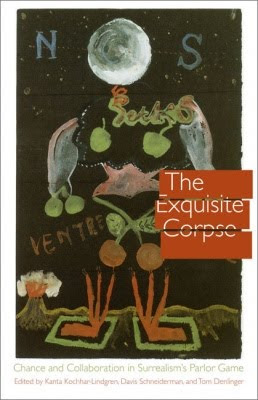 "The Exquisite Corpse builds upon significant cultural and methodological innovations that have occurred since the first days of Surrealism, bringing together a diverse group of writers from across disciplinary boundaries. As such, this anthology will incorporate contributions from literary and performance scholars, visual artists, creative writers, theoreticians, and pedagogues-including Michael Joyce, Oliver Harris, Craig Saper, and DJ Spooky, that Subliminal Kid. The multidisciplinary aims of the anthology have resulted in a series of works that enable us to understand more fully the contemporary potency of the Exquisite Corpse as both figure and method."
Labels: Davis Schneiderman Megan Milks