Sergio De La Pava – For those who like The Wire, rewarding, difficult fiction, literary, high-quality artistic and hilarious yet moving novels 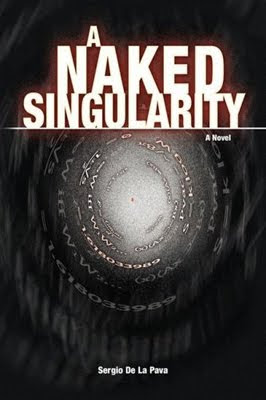 "A novel wherein Casi, a young NYC public defender and son of Colombian immigrants, will suffer his first loss at trial then seek to reduce the sting of that defeat by using inside information to meticulously plan and execute a heist of illicit millions. Where said actions will not only come to the attention of a persistent police detective but also unleash a menacing giant bent on violent revenge; two pursuers Casi must then outrace while navigating a world expanded by theoretical physics to encompass the rise and fall of boxer Wilfred Benitez, Alabama s death row, psych experiments involving Ralph Kramden, and enough comedic energy to power the stars."

"A Naked Singularity is a perfect example: it s by first-time author Sergio De La Pava, it was published by Xlibris in 2008 with no fanfare and no acclaim, and it s a masterpiece. The book s plot is at once simple a grubbily valorous lawyer in the New York public defender s office buffeted by conscience and tempted by the possibility of an illicit fortune, takes on the case of Alabama death row inmate Jalen Kingg and watches his entire life spin out of control and bewilderingly complex, involving hundreds of outsized characters and thousands of digressions on topics ranging across the entirety of the 21st century intellectual spectrum, from baseball to pop culture to (as its title suggests) particle physics. In its sheer scope, its extended stretches of rhetorical razzle dazzle, and the utterly deadpan way it grapples with all that s darkest in human nature, A Naked Singularity propels the reader into a literary maelstrom worthy of Pynchon, and Gaddis....[T]he fulcrum of criminal justice allows A Naked Singularity to explore the wide array of subjects that obsess its author; whaling gave Melville the same freedom in Moby-Dick, and in both books, characters converse in baroque homilies that are as far from the bulleted minimalism of modern fiction as it s possible to imagine. This is very much the Karamazov, not the Coen, brothers... I didn t miss A Naked Singularity and neither should you." - Steve Donoghue

"What's behind the nature of selfishness? "A Naked Singularity" is a novel about boxer Wilfred Benitez. Using Benitez as the stage, author Sergio De La Pava writes a story that gives readers something to think about. Speaking on the nature of evil, human nature, psychology, Hispanic life, and much more, Pava picks at the readers mind as the story rolls on and hopes to leave them wiser having read it. "A Naked Singularity" is a fine and highly recommended read." - Midwest Book Review

"The tale is of just-turning-24 year old Casi, an extraordinarily talented New York City public defender, during the coldest winter days of what appears to be the year 2002. It is not, however, a post-9/11 novel, but rather one in which Time and Space undergo a bit of progressive bending, resulting in some highly comic moments (including a disciplinary hearing held under the acronym COCK: Committee to Oust Casi Kwickly, and an unusual series of hallway meetings with Ralph Kramden).
These comic moments, though, are laid on top of a deadly serious analysis of Great Issues such as crime, tragedy, aging and death, knowledge and ignorance, good and evil, and boxing (yes, boxing!), in which De La Pava does a good job of incorporating tales that stem from what appears to be a very good undergraduate education in philosophy – running mostly from Descartes and Hume to David Lewis. The disappearance of an infant from her baby carriage outside a store casts a bit of a pall, and is bended into the ongoing tribulations of the drug addicts who are in and out of the Center Street Courtrooms, as well as a mentally-challenged death row inmate in Alabama. Casi’s family and his lawyer co-workers are painted quite brilliantly (especially eventual co-conspirator Dane), and thus the slip-sliding between the comic and the tragic shows remarkable deftness.
De La Pava shows some daring and inventiveness when it comes to language and dialogue (there’s a great poem, for instance, read to the silent-but-angelic young niece; the courtroom transcripts are absolutely hilarious; and the series of letters between Casi and Jalen Kingg, the death row inmate, is heart-stoppingly powerful). Like at least one other reviewer of this book, I would have liked to see more of this textual inventiveness, but one takes and appreciates what one gets, I guess, and in any case this book has far more than most. Did mention it is of the laugh-out-loud variety, and that most of the jokes are original?
Some readers will surely think the book is “sprawling,” but it never even threatens to spin out of control. The narrative is compelling – I didn’t put the book down for two days until I had finished it. As for the inevitable DFW comparisons? They are not really that appropriate, except for the fact that (a) the book is long, (b) it is smart and funny, (c) it deals very seriously with Entertainment, (d) it uses boxing instead of tennis to question the meaning of life, and there’s probably an (e), (f), and (g). For people who think IJ is too hard, you can try giving them this DFW-”lite” book, and showing them that a good sprawl will stay with you a lot longer than 99% of the books out there, and then turn them back towards IJ." - Jeffrey Paris