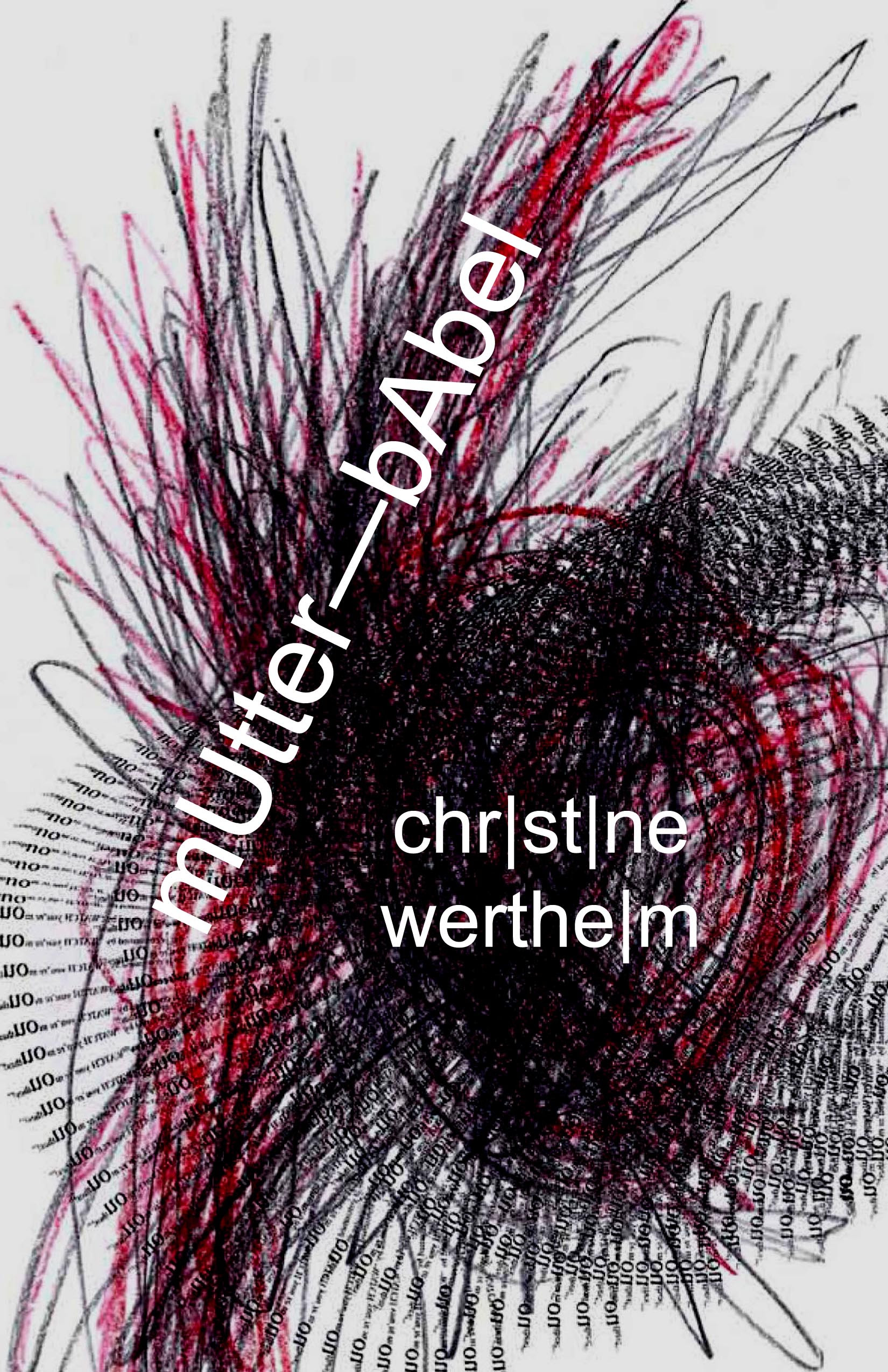 MUTTER-BABEL, a graphic and textual exploration of ugly archaic feelings and their troubling social effects. It is a verbo-visual experiment integrating handmade drawings with computer-designed texts, exploring very early feelings babies have for their mothers. Whether because many people cannot remember these (at least consciously), or because they do not consider such material interesting, infantile experience has rarely been the overt subject of poetry. 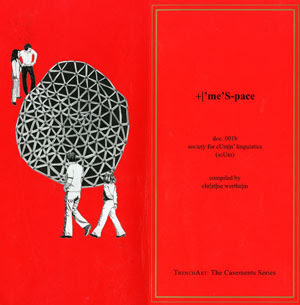 +|'me'S-pace is book 1, volume 2 of a wider, ongoing project into the current state of the English tongue. In making its investigations, the project employs a method known as literal poetics, in which words are not taken as arbitrary signs the writer may use as s/he sees fit, but as compounds with substance and structures and, literally, meanings of their own. The method begins by isolating arrangements of the tongue that seem most categorical, proceeds to investigating the combinations and permutations within these strings, and finishes by presenting noteworthy arrangements to the reader s e|e and ear. +I'me'S-pace is published as part of the TrenchArt: Casements Series, with an introduction by Dodie Bellamy and art by Lisa Darms.

“Written in a time when many are questioning if we still need formalism and feminism, Christine Werthiem’s +|’me’S-pace, doc. 001.b is a spirited and fun defense of both. Written, in part, as a didactic instructional manual that cannot keep itself from constantly going astray into beautiful and challenging language play, this is a book that asks crucial questions and reconfigures recent histories. It is essential for its arguments.” - Juliana Spahr

|’me’S-pace’s task is to unravel language before our eyes. It is the first in a series of CalArts feminist/critical studies teacher Christine Wertheim’s open notebook investigations of the atomic elements of language; namely, the letters of the alphabet which as she says, “like musical notes only produce Sense when arranged in relational complexes, i.e. propositions…[and] compose into molecular or chord-like arrangements that we call words.” The book questions the ways in which our habitual use of them (to create words) may actually inhibit us from a deeper understanding of language, and results in a kind of censorship of the primal animate body that is the ‘English tongue.’ Through pure invention, |’me’S-pace is made as montage, and an extension of the modern day feminist critique of “the presumed unity of man…a dangerous fiction.”
Where in both language and tone feminist icon Valerie Solanas’s violent call to feminist upheaval, The Society for Cutting Up Men (SCUM) Manifesto, chose to brandish language as a weapon, |’me’S-pace instead takes an inclusive approach, exploring the duality of the human body as it can be witnessed in the origins of how we speak, interact, and relate to our world through the English alphabet. In her work as co-founder of The Institute for Figuring, along with being a professor of linguistics/feminisms and critical studies at CalArts, Wertheim has worked to educate the public on the intricate biological/scientific make-up of different plants, insects, and other little-known mathematic phenomena in nature. In a way, |’me’S-pace seems to extract the sanity from Solanas’s manifesto, as the book’s introduction articulates, “In the society for cUm|n’linguistic’s litteral poetics [Why the extra ‘t’ in litteral? Litter as in a bed as in debris as in an accumulation over time, littoral as in seashore, as in the Latin littera, ‘letter.’] authourship/self is not singular but a society…U c m. You see m. Throughout the text ‘m’ is associated with me, with mothers, with the rhythm of time.” The book builds into its own form of sensuality, exploring just what it is that constitutes the embodiment of the ‘English tongue,’ while it seeks to revive the integrity of the English language as a body.
Still, Wertheim recognizes a certain kinship with Solanas, and the book’s voice projects from a similar position of ‘nonplace’ that Solanas, as a social misfit who finally died homeless in San Francisco in 1988, was so excluded to. From the aesthetic perspective of verse, +|’me’S-pace reveals its words to be transparent, traveling through language to the point where, as Bellamy again writes in her introduction, “[it] collapses into shivers and sighs…a text that simultaneously clings and negates…pulses with waves of meaning, waves of being…”
Too often we equate our relation to the rest of the world through our difference from it, the otherness we recognize in ourselves. I’m me because I’m not you, or better yet; I’m me because you’re not me. I’m the one because you’re the other. There is a policy of negation running rampant through language, and equally rampant, from the viewpoint of feminism, is the concept that to be a man one must not be a woman, be the ‘not-woman.’ (Don’t be such a woman, act like a man) that a man should be anything instead of that vacuity, that hole, the void.
In +|’me’S-pace Christine Wertheim conceives of our language as prey to negation; with everyone struggling to define their-selves through difference, where instead one might be better off with a wholly inclusive body in mind; with every one of us as merely mobile, as modular.- Benjamin Tripp


A decade has gone by. The question is: in 2020, who will be viewed as the most forward-thinking? Not even in the United States do they know the answer yet. But I will tell you: Christine Wertheim. She lives in Los Angeles. She has one book: +|‘me’S-pace (2007). She fusions concretism and psychohistory. It would seem like feminism or conceptualism, but it surpasses such etiquettes. Her work is not literary or aesthetic; she utilizes poetic resources, but what she does is create an accidental science, an erratic. According to her theory – named litteral poetics – the English language possesses clues – like other languages – that describe (between the lines) the crypto-social structure…She argues that Western literature is One’s song that originates from the mother’s pee-stream. Hers is a pataphysic of psychoanalysis. Wertheim challenges, then, dogmas shared by mainstream literature and American experimental writing. She does not believe in the arbitrary character of the sign – so long, semiotics and (post)structuralism – and she asks for a (nefarious) return of psychoanalysis (meaning “son-analysis”), which has been practically expelled today due to romantic-expressionistic resonances, after the Death of the Author and deconstruction. She analyzes Joyce and Beckett in an intrepid manner, offering evidence of how the English language is originated when the masculine figure – son(g) – wishes to separate himself from the “mother,” – which is to say, from the “M-(any)-Others.” To be a Hero: chew Eros.
A text is composed of all the relations between the encrypted characters. And the characters and verbs are spelled in the words; they have to be found. Those verbo-voco-visual pieces dis-cover that the Western writer is not a parricide – as we thought – but the ruse of a matricide martyr. Just imagine that the visual poetry of Cabrera Infante would look to prove (systematically and seriously) that Fidel castrated every Cuban. And imagine Derrida playing with a Ouija board until discovering that he’s Freud’s mother’s medium. This vacant-vociferation is what Wertheim is exploring in the English language today. She is the first writing of the new millennium.- Heriberto Yépez (Mileno) (translation) “The writings gathered here prove feminism to be alive and more relevant to all genders than ever: not just because feminist discourse remains a political necessity, but because of its artistic and intellectual pleasures.”– Sianne Ngai 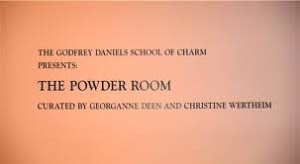 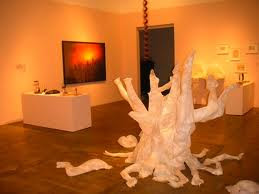 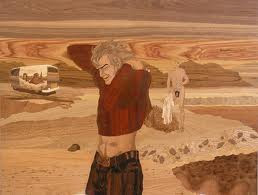 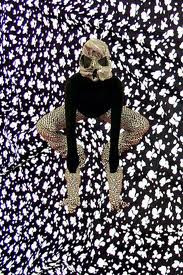 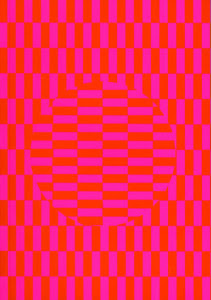 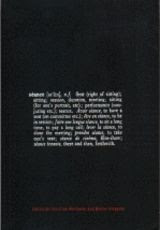 Séance is a volume of readings and papers on the subject of the condition of language and narrative in contemporary writing. Pairing poetic formalists and sex writers, language poets and pataphyscial researchers, the collection examines the translation of the ordinary into words, from the extraordinary writing of sex to the supposed disappearance of the author. Further sections are on the phenomenological training of the person, radical artifice, and the magic of letters freed from the grid of the page. Featuring work by by Charles Bernstein, Dodie Bellamy, Christian Bok, Dennis Cooper, Robert Gluck, Kenneth Goldsmith, Shelley Jackson, Ben Marcus, Eileen Myles, and Joan Retallack.