Joshua Corey - a darkly glamorous existential noir in the late modernist tradition of José Saramago, W.G. Sebald, Italo Calvino, and Roberto Bolaño. Written in gorgeous and elliptical prose, this electric first novel is a love story, a ghost story, and a psychological thriller 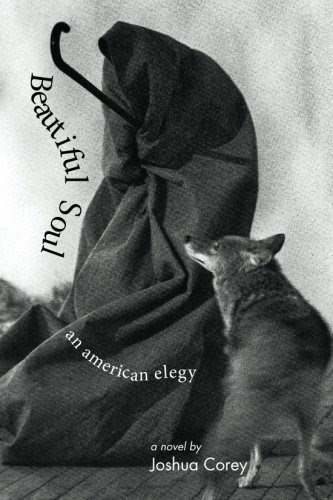 
Ruth, a bored and frustrated young mother in the Chicago suburbs, is haunted by the letters she receives from her own mother, who has been dead for several years. Ruth hires Lamb, whose investigation traces the letters to Europe and ultimately to Gustave, who tells the story of his equivocal love affair with a beautiful American girl during the student rebellion in Paris in 1968. But this girl is less carefree than she seems; she is an American haunted by her own half-lit memories of the unnarratable horrors of European history, and she may turn out to be Ruth's mother, if not Ruth's second self.

Beautiful Soul: An American Elegy is a darkly glamorous existential noir in the late modernist tradition of José Saramago, W.G. Sebald, Italo Calvino, and Roberto Bolaño. Written in gorgeous and elliptical prose, this electric first novel is a love story, a ghost story, and a psychological thriller about the enigma of American innocence, the fatality of storytelling, and the precarious destiny of reading itself.
Published by Spuyten Duyvil Press.

Read the excerpt first published by The Collagist.

“This powerful novel, which pays out its rewards gradually, carefully, but also crisply, dare I say electrically, may be Joshua Corey’s first, but it feels exactly like the highly satisfying product of the fully formed imagination that birthed it. All of Corey’s hard-earned skill as a poet is put here to useful work. The push-pull between stunning language and inventive narrative is pure pleasure.” — Laird Hunt


“Joshua Corey’s Beautiful Soul offers a swirling, shadowy cosmos lit by intelligence, urgency, and heart. Its swirl is cinematic — ‘estranged and operatic’ — but never at the expense of the body, be it the bitten nipple, or the “bloody middle” of history. I especially admire Corey’s conjuring of Ruth: fulcrum of readerly empathy, inheritor of mysterious and difficult histories, navigator of the present’s strata, honorary “new reader.” Go on her journey with her; ‘the book is waiting.’” — Maggie Nelson


“All the beauty of the world is in the flow of each living person’s narrative, from moment to moment, and the way these stories also encompass the ghosts of the past — this is the angle of incidence Joshua Corey is attempting to recreate in a novel as precisely defined as the images in a mirror and as diffuse as the colors and shadings in a prism. Beautiful Soul, with its ever-shifting parameters, from periphery to center and back again, is a testament to the infinite longing for something or someone who isn’t there, the last word on a world where everything matters.” — Lewis Warsh

"...an impressive postmodern noir debut, imaginative and beautiful in its prose."

The letters are falling on her roof and the roofs of her neighbors: they fall invisibly into Lake Michigan, that vast unplacid text, and coat metal and glass and asphalt from Waukegan down to the Indiana border.
The story begins here, with Elsa (Ruth), and we learn that she presents a feminist protagonist, one who is living with a haunting mother-figure, her own mother (we presume), who is dead. Apparently, she receives letters from her mother, these letters that fall into the text of Indiana and Illinois. Corey writes lyrically of these letters and of where they come from, different cities in Europe, where Ruth’s mother presumably lived. Then it is revealed that our main text of letters comes from both mother and father, Papa. And the plot begins to thicken while also unravelling: “Why do we insist on a plot for our lives?” The storyline cuts out of plot, and this is the book’s great strength. We meander through images and scenes of Ruth’s early life, with both of her parents.
Yet this book isn’t essentially about what it is like to be haunted—though, in a sense, it may be. We have filmic encounters here, in the sharpest and yet most soothing of tones, with what Corey describes as “The same woman. Not the same woman.” This mother figure is who the protagonist is always eluding, and yet always returning to. I’ve recently been reading a text that plays into this mother/daughter relation well, called Why Feminism Matters: Feminisms Lost and Found, by a mother-daughter team of academics, Kath Woodward and Sophie Woodward. They write of technology and mothering, of the gendered body, and here is something that jumps out at me as I think about Beautiful Soul and the relation of modern life with what it means to have been birthed, as Corey gives us in his Barthesian epigraph, “Henceforth and forever I am my own mother.”

Motherhood remains in many ways unquestioned and an ‘absent presence.’… Irigaray has stressed the ‘unacknowledged mother’ of western thought and culture in which it has been repressed as ‘the dark continent par excellence [which] remains in the shadow of our culture.’…
Irigaray’s argument is also useful to our project because she demonstrates not only the absence of motherhood and the mother-daughter relationship in western culture, but also the ambivalence and contradictory representations of the maternal where it is present.
According to Irigaray, this silence about motherhood is what engenders monstrosity: things “ought” to be made more plain. In a sense, this cryptic yet beautifully written novel is about what happens when that silence fails to open itself into speech. The detective, reminiscent of Lacan’s own detective, who “solves” the tale, Lamb, is a figure who seeks to somehow reveal this secret motherhood, this secret haunting. He wants to know what’s there, but Corey doesn’t let us know so easily: “If the letter were blank? A single sheet of white paper, unmarked save for a pair of creases?” Do we really want to know what’s there, or do we secretly hope for Ruth’s liberation? Ruth, who measures herself by American standards, yet who is un-American and thus presents a European archetype of sorts, a queenly matron figure (who is also daughter). All this punctuated by a simple line from a song: “Sometimes I feel like a motherless child.”
As we move through the novel, Corey takes us on increasingly experimental territory: we have “Letters from M.,” and we have Lamb playing detective. One of the book’s pinnacle moments comes when the text is released: “It’s like thinking about the piece is more interesting than the piece itself.” And then the reply: “Yes of course.” And then Ruth, ever the feminist, addresses Lamb directly: “Your pleasure is information, she persists. Seeking information. Is the pleasure in the seeking or in the having? What happens when you cannot solve the case? When the trail goes cold? What then?”
As the book moves deftly through areas of capture and release, narrative strategies take the forefront in the Euro-American elegy. We get the reminiscences of art school days, we get the 1968 events and Sartre and de Beauvoir, who, according to our protagonist, “knows the truth about women.” As Ruth writes in solitude, we have (well, what else?) mourning. These shifts of time and place point to an empty, somewhat malaise-tinged post-postmodern future, or something like that.
At the story’s end, we have an authorial intervention into the truth of the Lacanian noir that Beautiful Soul comprises:

What is the “I” that intrudes incessantly in this narrative like punctuation? If chapters were commas then readers would ride. Not Gustave, not Ruth, not Ruth’s anonymous Papa. No mother writes, only M, her posthumous correspondence. Least of all poor Lamb, leading the goose chase from city to city in Europe, stoic ingénue, winding deeper and deeper into the I’s conspiracy with itself. That this is my story through a glass darkly.
What happens at the story’s end? I won’t spoil it for you, but I’ll only leave you with the thought that Corey begins with, that this story is about mothers, and that mothers are what haunt us, mothers and fathers, for the most part. It’s a winding tale through the psyche of such a haunted figure, who manages, through it all, to guide us to a kind of bravery that can be dealt with outside of the images and symbols Corey so deftly maneuvers.— Laura Carter

UpRightDown: Letter from M
The Collagist: from Beautiful Soul

On Ben Lerner's Leaving the Atocha Station
On Gustaf Sobin's The Places as Preludes
The Old Neighborhood (Cahiers de Corey)
at June 20, 2014
Email ThisBlogThis!Share to TwitterShare to FacebookShare to Pinterest
Labels: Joshua Corey