Hasan Ali Toptas - A tale in which dream, memory and reality bleed into one another, in which senses are often out of joint (smells are heard, sounds are seen), and in which sliding shadows and significant birds (Toptas’s favourite motifs) are made to do an almost undignified amount of atmospheric and symbolic work 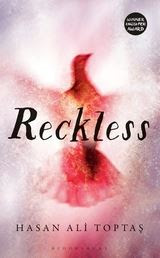 Thirty years after completing his military service Ziya flees the spiralling turmoil of one of Turkey's great sprawling cities to seek a serene existence in a village of which he has long heard dreamlike tales.
Having endured two years of gruelling military life, taking brutal orders from a man hiding behind his rank, and then losing his wife and child in a terrorist attack, Ziya has never quite been able to return to the life he once had until one day he breaks free.
Arriving in the village, Ziya is greeted by his old friend from the army, Kenan, who has built and furnished a vineyard house for him. There he is welcomed by Kenan's family, but the village does not provide the total isolation Ziya yearns for and he is forced back through the tangled web of his memory to the time he and Kenan spent defending the treacherous Syrian/Turkish border in search of the reason why Kenan feels so extravagantly in his debt.
Hasan Ali Toptas masterfully blurs the boundaries between dream and reality, truth and memory, past and present, to create a gripping and surprising tale that introduces a major writer to English-language readers for the first time.

“A novel to be read slowly, with frequent pauses to catch your breath. Take it in small servings, to stop it interfering with your life. And beware! This book can hurt” –  Yeni Safak

“Hasan Ali Toptas, master of language and plot ... Toptas is without doubt one of the greatest novelists in the Turkish language, and this may be why Heba is such a joy to read. This is not a novel to read and forget. It is forceful, beautiful, and bursting with life. Read it! I say.” –  Aksam

The first of Toptas’ novels to be translated into English introduces American readers to the noted Turkish writer’s version of postmodern surrealism as it follows the dreamlike, dream-filled journeys of a Turkish soldier.
Moving out of his apartment, long-retired soldier Ziya escapes a protracted farewell from his landlady only to fall down an elevator shaft. Or to dream he does. When he wakes, possibly into another dream or into memory, he's a child in his hometown, where he kills a bird. He wakes again, this time in the village of his old army buddy Kenan, who has renovated a cottage for Ziya to inhabit in his retirement. It's been 30 years since the two men served together, and when Kenan’s mother expresses gratitude to Ziya for having saved Kenan’s life, Ziya has no memory of what he did. What he remembers is the bird he killed because “its soul has followed me forever after” in various forms. Kenan draws Ziya into the routine of village life, until one day Ziya takes a walk through the forest away from the village. He finds himself gone back 30 years to the moment he was inducted into military service. The line between dream and memory has again blurred. The long section that follows, however, a picture of military life as Ziya experienced it on the Turkey-Syria border, is less surreal than bureaucratically Kafkaesque. Ziya encounters sadistic officers, ridiculous regimentation, pointless deaths, and shadows of that dead bird as he and Kenan are shipped from one outpost to another, usually but not always together. When Ziya is finally discharged, the train he boards stops in a forest. He disembarks and ends up back in Kenan’s village as the older man he was when he left. Now he recognizes the names on the cemetery headstones as his dead comrades’, and his life in the village becomes endangered by rumor and innuendo.
A postmodern Twilight Zone: dark, bizarre, and a bit pretentious. - Kirkus Reviews

Hasan Ali Toptas is among Turkey’s most admired writers. Almost all of his novels have won prizes. It is common to refer to him as the Kafka of Turkish letters. He is often compared favourably with Orhan Pamuk. And in common with Pamuk, he is a recipient of his country’s most prestigious literary award, the Orhan Kemal Novel Prize.
As one would expect of a writer who has met with this kind of acclaim, Toptas’s works have been widely translated. Yet Reckless is the first of his volumes to appear in English. On the strength of this offering, I should not be sorry if it were to prove the last.
The novel tells the story of Ziya Bey. Ziya wants to leave the chaos of the city in which he currently lives, and is about to embark on a journey to a remote village where he hopes to spend his days with his old army friend, Kenan. He also hopes that he will find there a life of tranquillity, an environment in which he can forget the years of his life he devoted to military service on the Syrian-Turkish border, forget the loss of his wife, forget the loss of his child.
It is an excruciatingly portentous affair, a tale in which dream, memory and reality bleed into one another, in which senses are often out of joint (smells are heard, sounds are seen), and in which sliding shadows and significant birds (Toptas’s favourite motifs) are made to do an almost undignified amount of atmospheric and symbolic work. This is particularly true of the first third of the book, in which the reader is subjected to almost 100 pages of Ziya’s dreams.
You don’t have to be a particularly devoted admirer of Henry James (“Tell a dream, lose a reader”) to find this testing: Toptas’s prose is so bad as to make the subject matter irrelevant. Take, to begin with, the novel’s dialogue. In addition to its almost bracing lifelessness (“‘It is, but it’s very strange,’ said Ziya Bey, looking puzzled. ‘It’s not possible that you know all this.’”), it manages to treat the reader with something pretty close to contempt by furnishing perfectly comprehensible lines of speech with superfluous adjectives and adverbs: “‘Don’t just lie there. Time to get up!’ said Nurgul Hanim in a reproachful voice”; “In shock, he cried, ‘They found me!’” This is the kind of writing that emerges when condescension towards the reader combines with a failure to trust the power of language.
These deficiencies are compounded by a carelessness that is most readily apparent in Toptas’s anti-talent for cliché. In the space of a single page I counted “took leave of her senses”; “the straw that broke the camel’s back”; “at our wits’ end”; “know no bounds”; “sands of time”; “they ran like the wind”. These are joined by all manner of thoughtless constructions (birds have “beady eyes”; houses are “buzzing like a beehive”; people wait with “bated breath” and exchange “knowing looks”).
Perhaps most irritating, however, is Toptas’s weakness for alerting us to immediacy. There isn’t much in this book that doesn’t happen “suddenly”. Sometimes we are told about the suddenness twice, as in the sublime sentence “Suddenly, they all came to an abrupt halt.” Sometimes things are even more instantaneous: “His mind slipped away, very suddenly, to the Syrian border. And then, just as suddenly, a shaft of light slipped in.”
I am, of course, being selective. But not that selective: the sheer concentration of infelicities in this novel must set some kind of record. Can the same be said of Toptas’s other fiction? If not, how are we to explain his latest offering? A possible answer has been ventured by Toptas himself. Asked in an interview what can happen to a writer when he or she is the recipient of great approbation, he replied: “Too much applause makes your pen quake, it can send your pen in the wrong direction.” Perhaps, then, it is best to be generous, and conclude that this is the reason he has got so lost here. -
Matthew Adams
Labels: Hasan Ali Toptas