Brian Willems at how nonsense and sense exist together in science fiction, the way that language is not a guarantee of personhood, the role of vision in relation to identity formation, the difference between metamorphosis and modulation...


Imagines the end of anthropocentrism through contemporary science fiction and speculative realism
A human-centred approach to the environment is leading to ecological collapse. One of the ways that speculative realism challenges anthropomorphism is by taking non-human things to be as valid objects of investivation as humans, allowing a more responsible and truthful view of the world to take place.


One of the reasons that speculative materialism challenges anthropomorphism is that a human-centred approach to the environment is leading to ecological collapse. Therefore, when non-human things are taken to be as equally valid objects of investigation as humans, a more responsible and truthful view of the world takes place. Brian Willems draws on the science fiction of Cormac McCarthy, Paolo Bacigalupi, Neil Gaiman, China Mieville, Doris Lessing and Kim Stanley Robinson alongside speculative materialists including Graham Harman, Quentin Meillassoux and Jane Bennett. By questioning it, these writers and philosophers both develop and challenge anthropomorphism. Willems looks at how nonsense and sense exist together in science fiction, the way that language is not a guarantee of personhood, the role of vision in relation to identity formation, the difference between metamorphosis and modulation, representations of non-human deaths and the function of plasticity within the Anthropocene.

A brilliantly conceived, wild and thought-provoking tale of composer Henry Purcell and his unscholarly contemporary biographers

Henry, Henry is a brilliantly conceived experimental novel comprising two alternating stories: a factually inaccurate pseudo-biography of 17th-century composer Henry Purcell and the mid-20th-century story of the people writing the biography.
In the 17th-century narrative, the young Henry is repeatedly imprisoned, has an affair with the choirmaster's wife, and is afflicted with an unusual fondness for nice clothes. Falsely accused of stealing all of the cornets from the royal stock of instruments, Henry is banished to a town infested with the plague. There he starts an affair with another woman, Cathleen. Upon his return to London, Henry is confronted with the complexities of his love life.
The 20th-century narrative tells of faux-scholar Mr Austen who has taken up residence in a small coastal town to get on with his work. There he befriends the Purcell family: mother and young son Henry.
At once wild, philosophical and thought-provoking, Henry, Henry is a novella that will stay with you. 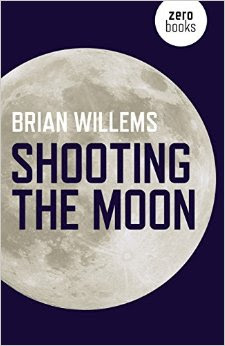 
Films about the moon show that even after the lunar landing of 1969 our celestial neighbor has lost none of its aptitude for being made of green cheese. In fact, as soon as you put the moon on screen it is lost. This is equally true for a wide range of moon films, including the theatricality of Méliès, the incredulity of camp, the illegibility of footage shot by Apollo astronauts and the revisionary history of Transformers 3. Yet, as paradoxical as it might seem at first, it is only when we ""lose sight"" of the moon that lunar truths begin to come forth. This is because fantastic elements of the moonby their mere absurditycan indicate non-fantastic elements. However, what is of interest here is not realistic or fantastic lunar truths but rather that the moon is an object which invites, or even demands, more than one truth at once.