'Melville’s Philosophies' recovers a Melville who is a thinker of great caliber, which means obliquely but dramatically reversing the way the critical tradition has characterized his ideas 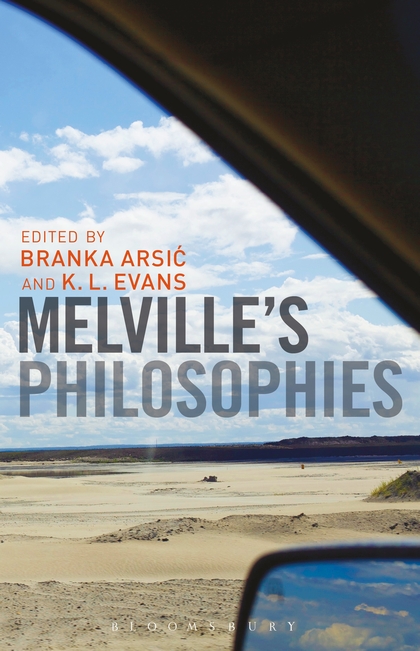 
read it at Google Books


Melville's Philosophies departs from a long tradition of critical assessments of Melville that dismissed his philosophical capacities as ingenious but muddled. Its contributors do not apply philosophy to Melville in order to detect just how much of it he knew or understood. To the contrary, they try to hear the philosophical arguments themselves-often very strange and quite radical-that Melville never stopped articulating and reformulating. What emerges is a Melville who is materialistically oriented in a radical way, a Melville who thinks about life forms not just in the context of contemporary sciences but also ontologically. Melville's Philosophies recovers a Melville who is a thinker of great caliber, which means obliquely but dramatically reversing the way the critical tradition has characterized his ideas. Finally, as a result of the readings collected here, Melville emerges as a very relevant thinker for contemporary philosophical concerns, such as the materialist turn, climate change, and post-humanism.


“This collection does not stress Melville as philosopher or Melville’s relation to philosophers (although Paul Downes does consider Melville and Hobbes); rather it looks at the philosophy latent in Melville's creative vision. Though the contributors range from veterans (Kenneth Dauber, Colin Dayan) to more recent voices (Elisa Tamarkin, Samuel Otter) to the well-known, consummately idiosyncratic Arsic, the essays share a common dimension: the synchronic. In so many cases in which development appeared possible, a wise reflectiveness reveals repetition. In his essay, Michael Jonik says The Confidence-Man should make one “remain ever wary of the advance of geniality.” James Lilley argues that Amasa Delano’s dancing in Benito Cereno is “fragmented gestures” necessarily “fateful and failed.” Rhian Williams reads the late Holy Land epic Clarel as figuring “religiosity through repetition"; in their essays on Clarel, Arsic and Paul Hurh have different religious stances but agree that existence is naught but a “continuous, processional concept" (as Arsic writes). Overall the book gives a heartening sense of movement into a world where, as Evans puts it in the opening essay, one is “fully at home” but “never in control.” Summing Up: Recommended. Lower-division undergraduates through faculty.” – CHOICE


“It's easy to imagine that Melville would have delighted in the creative, thoughtful, and daring essays collected in Melville's Philosophies. With a striking originality, erudition, and insight, these essays, in the spirit of their subject, deftly unmap conceptual certainties and open unanticipated wonders in Melville's philosophical visions. With topics diverse as signs and subjectivity, empiricism and the unobservable world, doubt and impersonality, unreciprocatable love and community ethics, the immateriality of pain and feeling faith, prosthetic sovereignty and the politics of new beginnings, Melville's Philosophies gives us an exhilaratingly re-imagined Melville and, in the process, gives us much-needed insight into contemporary questions of belief and attachment, materiality and ethics, aesthetics and sensation, and the limits of justice.” –  Christopher Castiglia