Bridget Penney blends fact and fiction, poetry and reportage, creating a portmanteau of art that plays with distortion and forgery 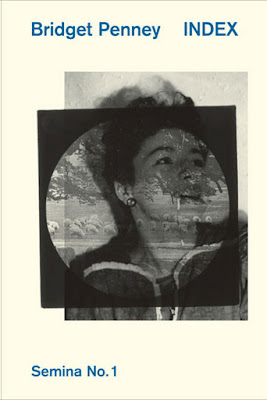 "With locations ranging from a murder scene outside a Covent Garden theatre to the Victorian explorer Sir John Franklin’s ship Terror frozen into the Arctic ice — and taking in the Hall of Mirrors at Versailles, a rural idyll in Somerset and an extraordinary Masonic ritual on the way - Index is a spellbinding novella that provokes curiosity and ultimately satisfies it with a poetics of mystery that transcends conventional narrative closure.
In the book fictionalised versions of the famous magician and forger Cagliostro; the revolutionary bigot Lord George Gordon; Marie Antoinette and the transvestite spy Chevalier D’Eon, are woven into a thematic exploration of revolution, repression, seduction and death. The use of uncredited ‘found’ texts and deliberate forgeries blur the line between what might have happened and what is merely imagined. Mapped onto this web of memory and imagination are Roland and Julie, the survivors of a king’s unsuccessful experiment to uncover the truth about human nature and the original spoken language."

"Semina – where the novel has a nervous breakdown"

"The first of Semina's titles, Bridget Penny's Index, continues where Ann Quin left off - with a smattering of George Bataille's The Impossible thrown in for good measure. It blends fact and fiction, poetry and reportage, creating a portmanteau of art that demands constant participation from the reader. In, more or less, the same way the viewer has to solve the riddle of a piece of conceptual art in a gallery." - Lee Rourke

"Index is the first in a series of nine books, collectively titled Semina after Californian beat artist Wallace Berman’s nine loose-leaf magazines of that title of the 1950s and 1960s. A self-compiled assemblage of hewn-together material, Semina was distributed by Berman through the mail to collaborators and friends. While little remains of Berman’s work beyond his verifax collages of the 1960s, mechanical collages made using early copy machines, his influence on a generation of West Coast artists that include Ed Ruscha and John Baldessari is well documented.
Here, through Bridget Penney’s book, Index the experimental ethos posited by Berman reaches a further site of contemporary operation. Essentially a work of fiction, Penny’s book is structural as much as it is narrative, divided by variations of prose, and intercut with passages of compositional typography, it circumvents clear-cut categorisation. At the centre of the book are the fictional characters Roland and Julie. Their construct shifts from chapter to chapter, not through the generative psychosis redolent of Ballard’s protagonist Travers in The Atrocity Exhibition (1970), but through an imploded chronology of historical timeframe.
In the chapter 'Experiment' the characters emerge as infants consigned, under the servitude of their king, to live out an experiment conceived to determine human development based on the deprivation of language. While in The International Symposium of Shadows, the character of Julie plays the role of queen while under the service of Marie Antoinette in a secret game of role-reversal. In addition to Marie Antoinette, Penney draws on a succession of historical figures, as referents and jarring opposites to her characters, that include Cagliostro, a con artist, and Madmesoiselle D’Eon, a gender-swapping envoy and acclaimed soldier, both of whose paths intersected with Marie Antoinette at Versailles. The characterisation of these historical figures sits slightly askew from that passed-down by history informing an alternate strand of fiction, that of historical account.
Throughout Index there is an undercurrent of distortion and obstructed gaze, a number of passages recalling details of glacial shifts, aligning the temperance of the landscape to that of social anxiety. In all there is no composite narrative, the construct of the book follows its title, that of an index. It is one of parts, of passages that collide and occasionally resonate.
The account of an elderly character called Flora towards the end of book and her disclosure of her transvestite past echoes the untold story of Madmesoieslle D’Eon. Index neatly obscures the terrain of poetry and prose, and while occasional passages draw on contrivances that are overly conscious of linguistic structure it is intriguing in its refusal to be a work of readily locatable fiction." - Charles Danby