Douglas A. Martin - Narratives, which read like lines of verse: a gorgeous poem-as-novel set in he wake of the explosive ecstasies of 20th century art 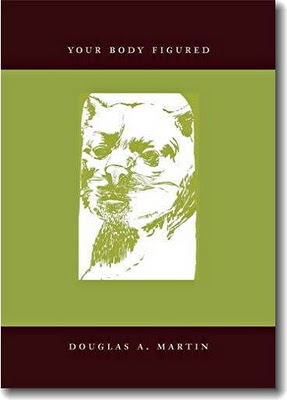 Douglas A. Martin, Your Body Figured

"This poet-novelist's latest, Your Body Figured, makes stunning use of the second-person singular in three novellas about the poet Hart Crane and the painters Balthus and Francis Bacon. His narratives, which read like lines of verse, are at once specific and full of developing possibility perfect to capture how the lives of artists assume shape." - Time Out New York 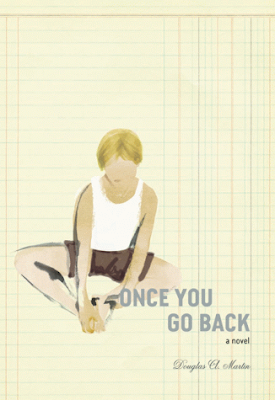 Douglas A. Martin, Once You Go Back: A Novel

"In 2000, Douglas A. Martin burst onto the American literary scene with his sexy debut novel, Outline of My Lover. Following up with three more books, including Branwell, a novel of the Brontë brother, Martin has established himself as an acclaimed and distinctive American writer of the new century. His semi-autobiographical novel Once You Go Back is about growing up in a strained working-class household transplanted to the South. In his inimitably elliptical and evocative style, Martin carefully brings out the curiosity of children on the verge of becoming sexual, and their confusion in the midst of family violence."

"Once You Go Back is a poignant and semi-autobiographical novel about a young man and his quest for identity as he grows up in a dysfunctional working-class household. While Seven Stories Press is most widely known for its books on politics, human rights, and social and economic justice, the publisher continues to champion literature; Once You Go Back does not prevail this philosophy. Martin's highly poetic writing style is an example of high-brow literature in its prime."— Feminist Review

"There is a reverence in Douglas Martin's writing composed of equal parts language and love. Outline of My Lover strips away the dross, leaving you with the pure mood of youth."— Dale Peck

"Douglas Martin has a very beautiful voice. It is a thing of grace."—Dennis Cooper

"Martin’s intense, unhindered prose style renders his characters’ degrees of growth and alienation all the more powerful. As the narrator’s portrait of his gay youth nears completion, his withdrawal from the broken home that raised him (now run by an abusive stepfather) is a given. But as he matures, Martin’s narrator cycles through the past with increasing composure. He and his sister adjust to their fatherless existence with solemn poise and a sense of independence. Is this grown-up narrator strong enough to set out on his own? Judging from the strength of his narrative, you’ll have no doubt."— Time Out New York

"Martin, who possesses one of the most distinctive younger voices in contemporary gay lit, transcends the familiar with heartbreaking poignancy. His language is spare and evocative, his prose is infused with the compactness of poetry, and his graceful, elliptical narrative evokes painful early years with ferocious precision. The common coming-out novel is reinvented here, with uncommon style." — Book Marks

"…a dark and dreamlike (self-)portrayal of the sexual coming of age of a boy acutely aware that he doesn't fit the roughneck masculine mold into which his Southern military hometown forces its sons... Its feverish self-portrait seizes center stage." — Boston Globe

“Stylistically complex and emotionally evocative... Branwell Brontë emerges as a fascinating lost character, both muse and devil to his sisters’ passions, giving us a new dimension to this ever fascinating family.”—Darcey Steinke 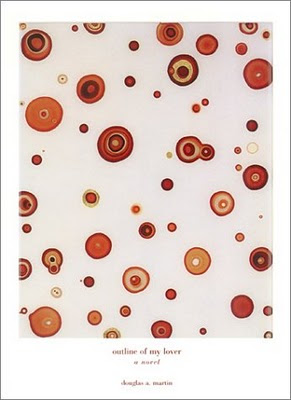 Douglas A. Martin, Outline of My Lover

"Part love story, part indictment, debut novel Outline of My Lover traces our society's damaging obsession with celebrity.
In the sleepy town of Athens, Georgia, a young man goes off to a college miseducation and is drawn into a world of rich vicarious living. The unspoken relationship between this adolescent and his luminous rock star boyfriend fast becomes the marking tale of world tours and plush continental hotel rooms. However, the relationship falters under celebrity's harsh, shape-shifting light. Real life fills in the outline of the boy's expectations."

"...a thoughtful book that contemplates passion, celebrity, authority, and identity and sucessfully emerges as both an original and enjoyable work." - Rain Taxi

"...able to capture the paranoia and insecurity of childhood and growing up gay and project it believably into an adult character." - OC Weekly

"...an uncompromising edge... enacts the intense conflict between the power of language and the urge to form and control." - Times Literary Supplement

"...beautiful gems of cerebral longing, and Martin's disregard for commas makes the language flow in a charged stumble." - The Stranger

"...billed as a novel but speaks with the captivating sincerity of fact." - Star Tribune

"...explores the ways people will behave to get the things and people they want, why they discard it once they have it... A fine debut." - Instinct Magazine

"Martin is adept at mixing genres, and Outline of My Lover sets the tension between fiction and poetry while not getting caught in a debate about form." - New York Blade 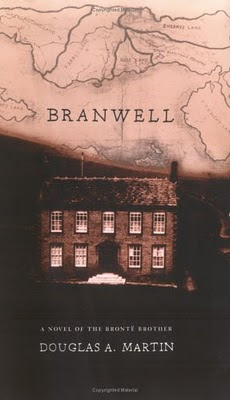 Douglas A. Martin, Branwell: A Novel of the Bronte Brother

"A gifted artist and writer, Branwell Bronte, an only son, is expected to make the family fortune and distinguish the Bronte name. Instead, he dies at 31 from alcohol and opium abuse. Painstakingly tutored at home by his father, Branwell and his sisters write endless stories about imaginary worlds far from their bleak parsonage home. As his sisters spin the stories that will immortalize them, Branwell sinks under the weight of great expectations. With language as rich and dark as the moors of Wuthering Heights and Jane Eyre, Douglas A. Martin probes the locus where history and myth collide, and uncovers Branwell’s lost loves, thwarted talent, and possible homosexuality. Maintaining the haunting quality of childhood memory throughout, Bronte Boy is a genre-bending exploration of the tragic figure of Branwell Bronte and the dismal, dazzling landscape that inspired his sisters to greatness."

"In this mannered, tortuous life of Charlotte Brontë's younger brother, Branwell, novelist Martin (Outline of My Lover) offers a tender, tragic portrayal of a doomed artist and homosexual avant la lettre. In Martin's marvelous free and direct telling, Branwell, as the sole son among many daughters (only Charlotte, Emily and Anne survived childhood) is accorded privileges they are not, such as special home schooling by their strict father, curate of provincial Haworth. Branwell also lords over the set of toy soldiers the siblings use in elaborate play wars, creating vast civilizations in poems and plays. The early deaths of their mother and sisters Maria and Elizabeth prove shattering for Branwell, on whose fragile shoulders the great hopes of the house rest. Sent off alone to London to gain admittance to the Royal Academy, he falls continually in his family's esteem, becoming a local drunkard and apprentice to the secretly homosexual freemason society; a last chance at gainful employment, as tutor to a boy in Thorp Green, ends in a scandalous dismissal, and Branwell descends irretrievably into a drug-induced, punishing state of monomania. Though slender, this volume's beautiful declarative sentences are perfectly fitted to this famously imaginative, headstrong family; they bring Branwell Brontë's world to light." - Publishers Weekly 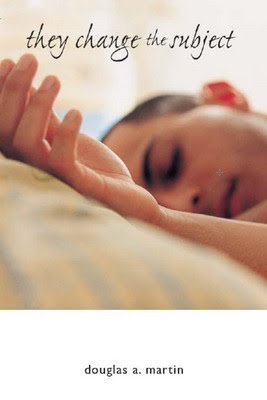 Douglas A. Martin, They Change the Subject

"In this cycle of startling short stories, the youthful narrator, who has just started college, relates a series of homosexual encounters. His recollections of anonymous pickups and intended long-term commitments, which are at once graphic and dreamlike, nonlinear yet concrete, bring to the surface his own problems with both kinds of situations. The spiky, spare language, which distills every sex-love experience, observation, and reaction of the narrator to its most heartfelt as well as glandular essence, gives a particular poignancy to his wistfulness, his yearning for, but misdirection in, finding connection, acceptance, and a working self-definition. The danger of a sensitive person leaving himself vulnerable arises from every story, but never in a pathetic manner, for the narrator is certainly sympathetic, even though the reader wants both to protect him from harm and slap him across the face for his mistakes in leaving himself open to physical as well as emotional danger. Not for every reader, due to the sexual frankness; but appreciators of the short story will marvel at Martin's dexterous use of it. - Brad Hooper 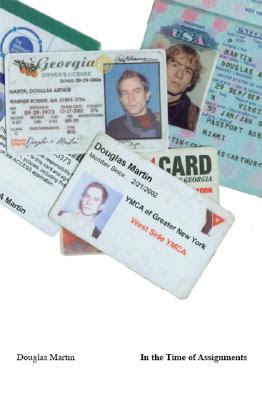 Douglas A. Martin, In the Time of Assignments

"In the Time of Assignments transforms a decade’s worth of feeling into a lyrical collection of verse. Readers familiar with Martin’s work will find a repurposing and revelation of the foundations for his prior experiments in prose. The work is divided into three parts, each with a geographical marker indicating the narrator’s evolving identity, from the formative, Red State landscape that colors the first section through the widening horizons, growing sexual awareness, and crush of experience found in the final two. The beautifully fragmentary narrative exhibited in Martin’s novels takes hold here in long, poetic sequences and angled interludes; lyric is the steady underpinning."
Labels: Douglas A. Martin