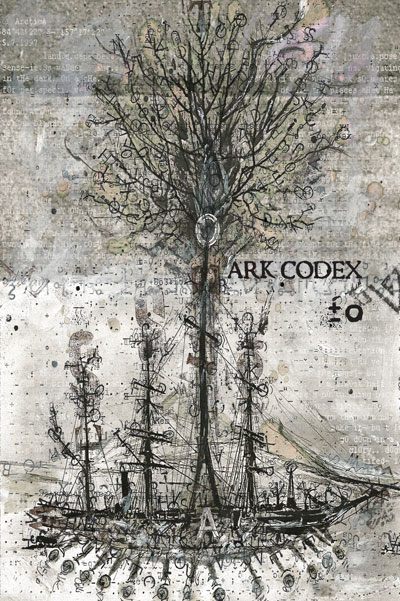 
ARK CODEX ±0 is an authorless book object of art & text inked on pre-existing book pages & reformulated to induce an abstracted retelling of Noah’s fabled tale.
Ark Codex ±0 speaks for itself—a self-organizing & self-contained archeological archive of language for the sake of language, an artifact collaged of image & text mined from unspecified or unknown origins; deconstructed, replicated, reappropriated, cut up, traced, erased, distressed, deterritorialized, rubbed, stained, repurposed, then reconsituted & expressed in a feedback loop driven by the same chance operations that guide natural selection. To define the meaning or intent of the assemblage that is Ark Codex ±0 would extinguish the very nature it sets out to describe or inscribe (which, in any event, is only an architected articulation of the very ark (vessel, book object, apocalyptic seed bank) that it is).
Not only is the Ark Codex project an affront to the everyday abuses of language for telling stories or writing 'poetry,' but it challenges accepted notions of authorship—the vain compulsion to attach a name to an object to ease coping with one's own mortality. We are all in the same boat & ever in need of a bigger one. It is the readers role to attribute meaning—Ark Codex is merely a rorschach sounding board to project the viewer’s potential, a reader who (like Ark Codex itself) is but a mere embedded fragment of our collective unconsciousness, but in a holographic sense mirrors the whole & takes on a life of its own, becoming a Deleuzian «Body without Organs», a passenger on the ark. If there is an intended audience, Ark Codex is for any conscious being that comes after the fact—after the deluge, the mounting accumulation, the suicidal flood of information that will extinguish us, we living beings that spawned this language to dig its own mass grave in the first place, leaving only the original intent to communicate to effervesce in the aftermath.

As a book object, ARK CODEX ±0 contains 144 color images (& 5 additional intersitials), each with a running footnote/caption, bound by a narrative thread & organized recursively into 5 series (each with a textual «abstract») 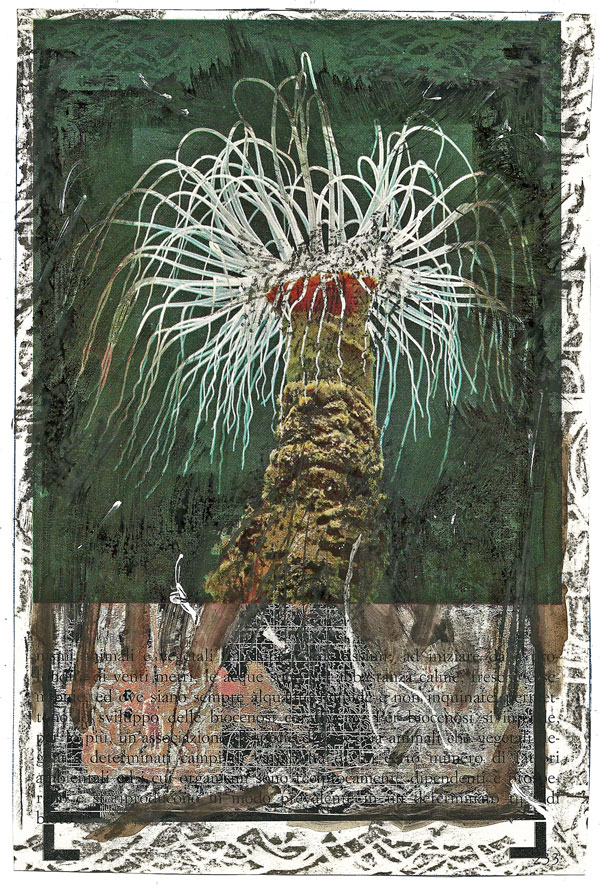 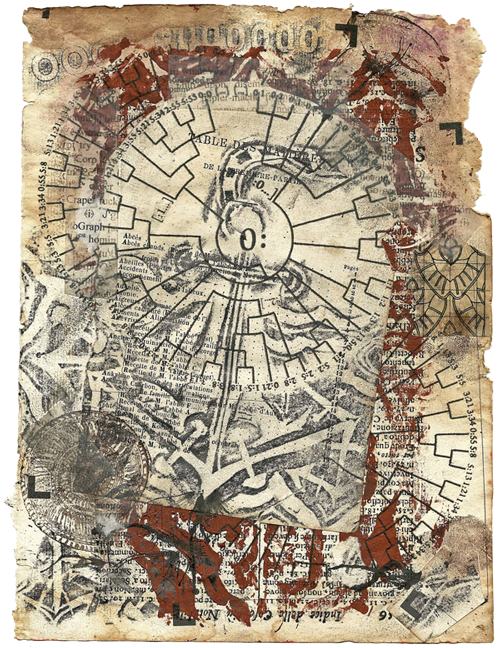 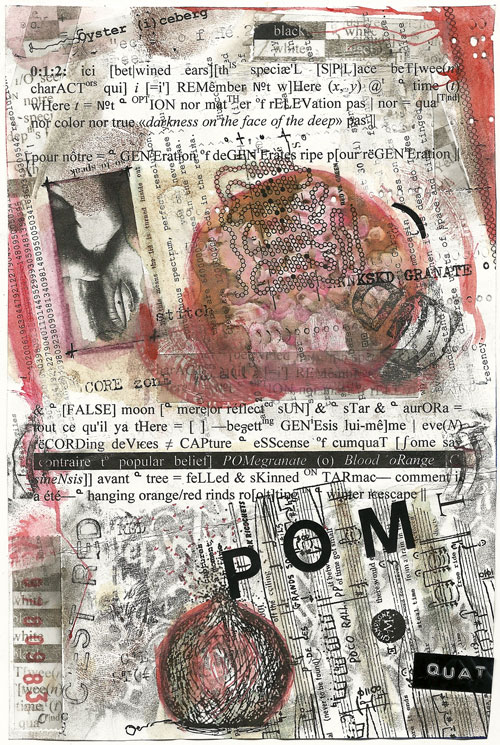 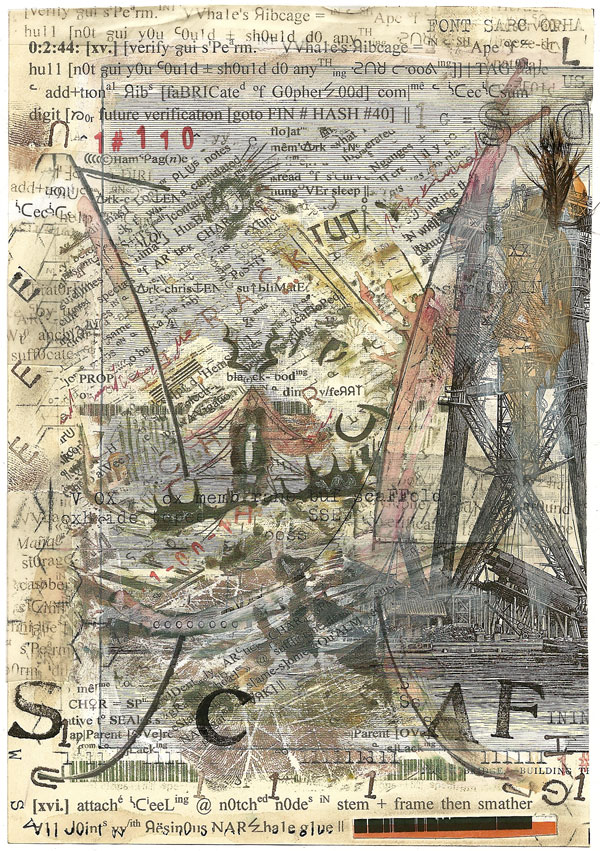 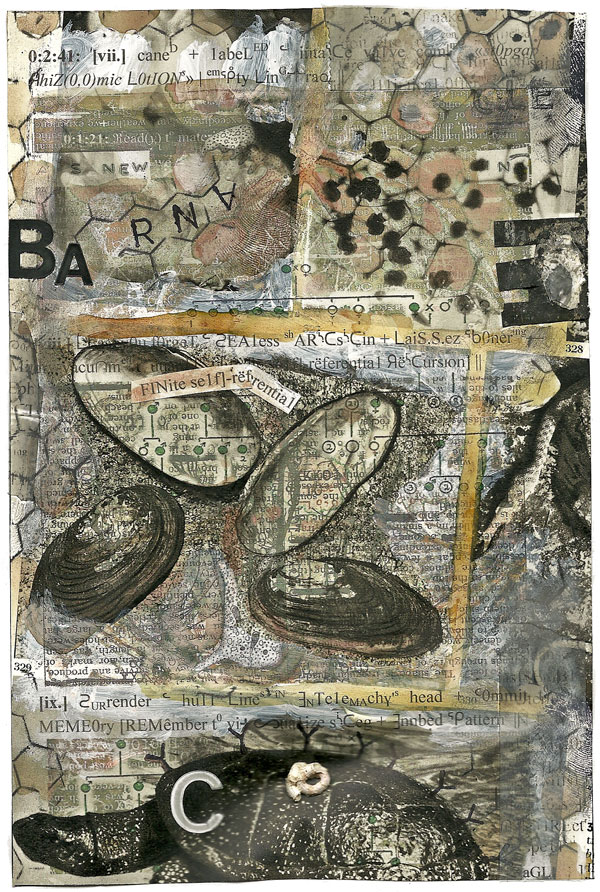 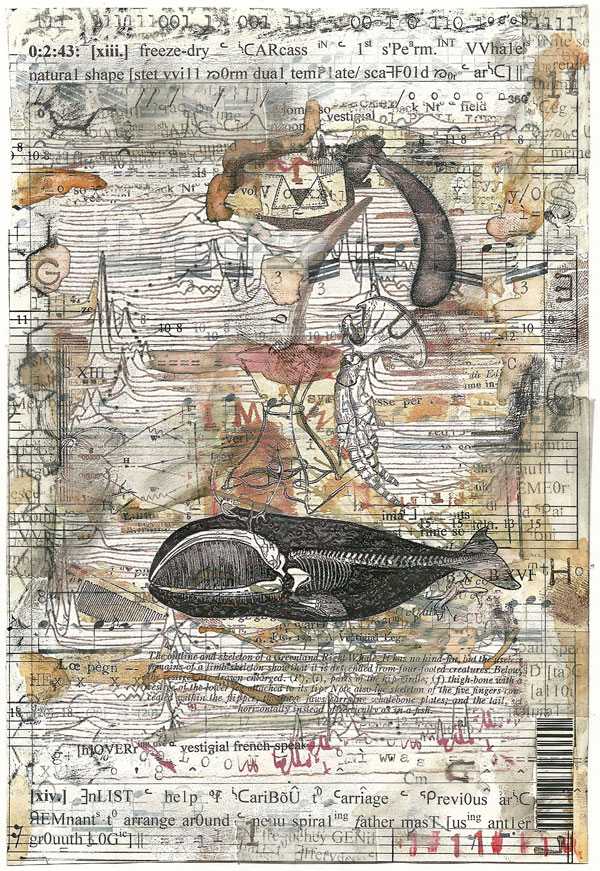 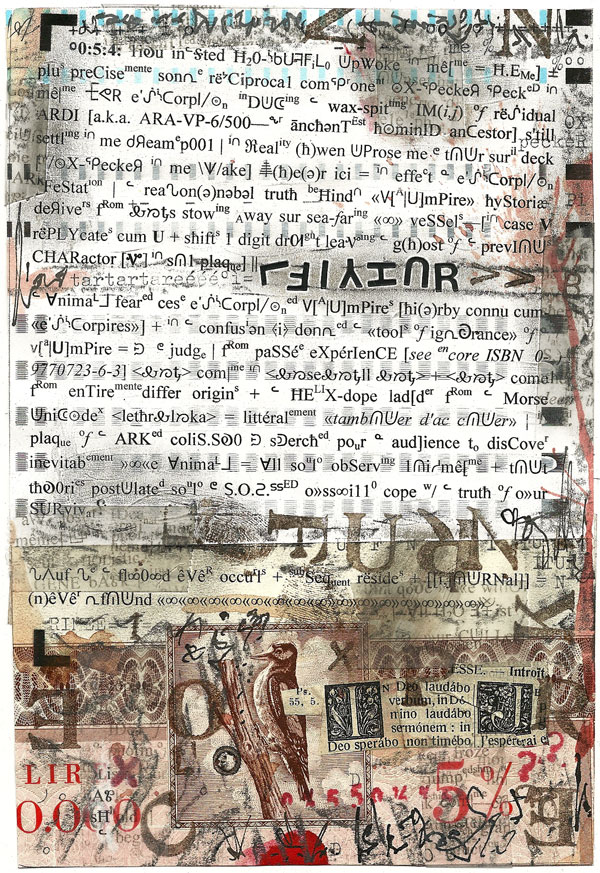 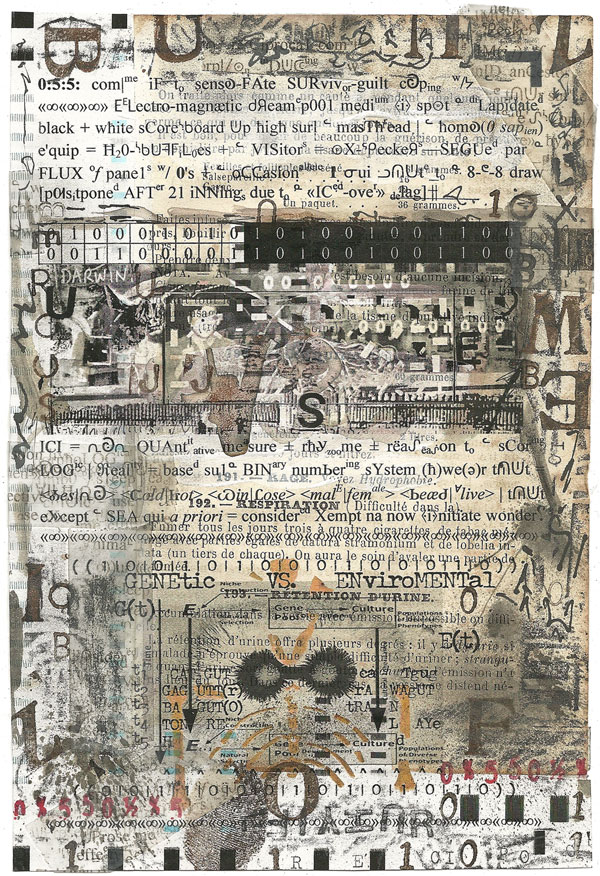 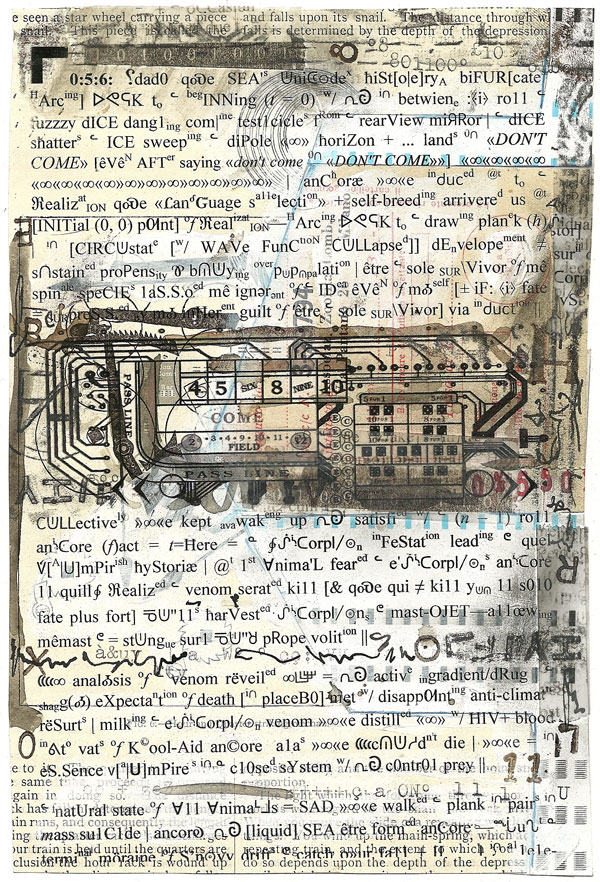 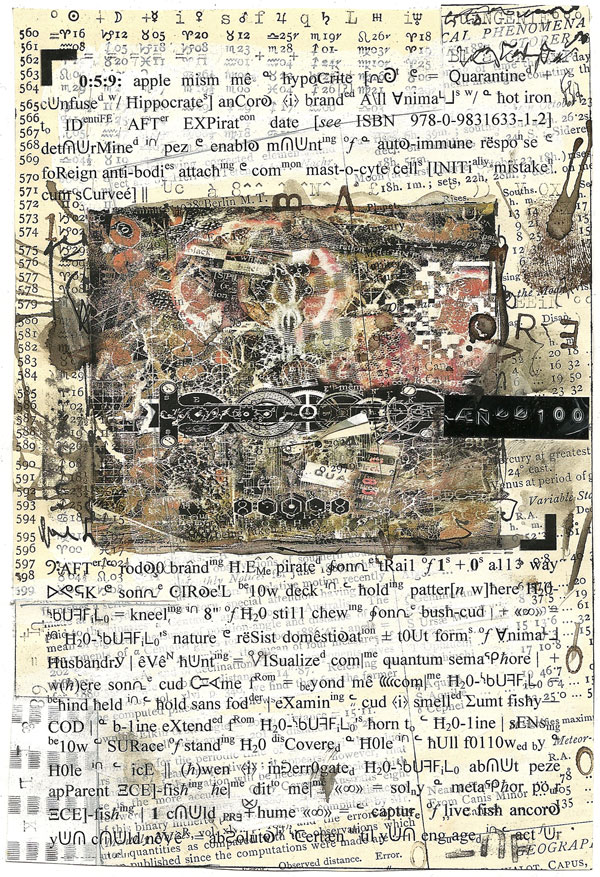