Aksel Sandemose caused a storm of controversy, satirizing life in small-town Denmark as being ruled by pettiness, envy, backbiting, gossip, inverted snobbery, and small-mindedness. It's a book about The Law of Jante 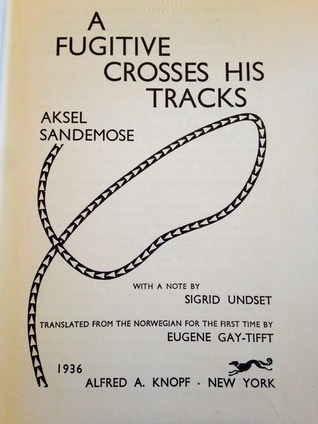 Part of a long series of novels about the author's alter ego, Espen Arnakke, a sailor from Jante, Denmark, begun in 1931 and continuing to 1938. He explores his irrational act of murdering a friend who seduced his girlfriend. This part is set in the small narrow-minded Danish village he calls 'Yoknapatawpha' where Espen explores his childhood to find out who he is.

The Law of Jante is the description of a pattern of group behaviour towards individuals within Nordic countries that negatively portrays and criticises individual success and achievement as unworthy and inappropriate. The Jante Law as a concept was created by the author Aksel Sandemose. The novel portrays the small Danish town Jante where nobody is anonymous. 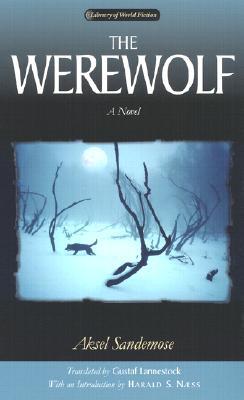 
The Werewolf is a boldly drawn novel of the tyranny of love over men and women and the unending trials of strength between good and evil in human nature. Its main characters are of heroic stature yet deeply flawed, moving against the backdrop of Norwegian society from World War I to the 1960s.
Over the novel broods the symbol of the Werewolf, which for Sandemose represents all the forces hostile to a full, free life—the thirst for power over others’ lives, the lust to destroy what cannot be possessed or controlled. In their private encounters with the Werewolf, few can claim total victory. Sandemose’s characters all bear the scars of lost battles.

"The Werewolf . . . leaves you grasping at what is left of your shattered vision of normality."—Gregg Olson
"In this, his greatest novel, Sandemose carried his fictional experimentation to a triumphant conclusion. . . . He handles the problems of fictional time as adeptly as such writers as James Joyce and Virginia Woolf. His sensitivity, his lyrical capacity . . . create a novel of beauty as well as truth."—Robert D. Spector

This interesting, virile, philosophic novel has been ruined for a general audience by an almost unreadable translation. In short chapter-stitches Sandemose embroiders the life of three people as it ""happened in Felicia's time,"" (1934-1958). He moves back and forth, brings in new characters, all of whom participate in the basic story without really affecting its inexorable progress. The central figures are Erling, a dipsomanic writer; Jan Venhaug, a gentle farmer; his wife Felicia, who is Erling's mistress (only one of her sexual problems); and Julie, Erik's bastard daughter who ends up in Jan's bed. The characters are deliberately submerged and blurred, their oddities explained as the work of the Werewolf, the destructive force in everyone. The translator also seems to have been under his influence: sentences move awkwardly, backwards. A volume in the above-mentioned series. - Kirkus