Lucebert - It was the experimental and enigmatic quality of his verse that was to make Lucebert a sensation in the early ’50s. He was instantly embraced by the literary avant-garde of the day but eyed with great suspicion and unease by the Dutch establishment whose very foundations he rocked 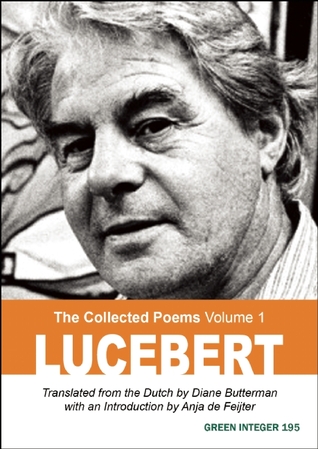 
The Dutch poet and painter Lucebert (pseudonym for Lubertus Jacobus Swaanswijk) was born in Amsterdam in 1924, the city where he was to live for nearly thirty years. After a bohemian period in his twenties -- when he made several trips to France, especially to Paris -- he finally settled in the North Holland coastal town of Bergen where, until the time of his death in 1994, he lived with his wife and family for more than forty years. In his latter years he divided his time between the house and studio in Bergen and the family holiday home in Spain. When Lucebert burst onto the literary scene in the early fifties he soon became a sensation, largely because of the experimental and enigmatic quality of his verse. Predictably, such an original poet was instantly embraced by the literary avant-garde of the day as a welcome, fresh and exciting new phenomenon in sleepy post-war Europe, but he was simultaneously eyed with great suspicion and unease by the Dutch establishment whose very foundations he rocked.
An energetic and prolific writer and artist, he wrote and published almost 700 poems and generated literally thousands of paintings and drawings in his productive working lifetime which was to span some fifty years. Lucebert’s early impact soon made him an established and acclaimed poet throughout the Dutch-speaking world. The three collections contained in this first volume date from 1951 and 1952 and the accompanying uncollected poems are from the 1949 to 1952 period. High time one might therefore say, some sixty years on, for the poetic works of this vibrant and important voice within the Dutch literary canon to appear in four consecutive volumes in the English language.
This first volume contains an authoritative and extremely interesting introduction written by the Dutch academic and Lucebert expert, Anja de Feijter, who is currently professor of Modern Dutch Literature at the Radboud University Nijmegen in the Netherlands. It is the first volume of the complete works of this leading twentieth-century Dutch literary figure to be published in translation by Green Integer.


It goes without saying that the poems of Lucebert, one of the best known and most influential poets in the Netherlands of the last century, are not entirely unknown beyond our borders.
Already his work has been translated into more than twenty languages and at various times in the past splendid anthologies have appeared in countries such as Spain, Germany and France. However, the plans that Douglas Messerli – an American publisher at Green Integer Books in Los Angeles – now has, amount to something completely unique in international terms: he is producing a bilingual version, in several parts, of the entire works.
Some years ago he published an anthology entitled Living Space: Poems of the Dutch Fiftiers. It was the Emperor of the Fiftiers that stole Messerli’s heart, though, and so he went in search of a translator to help him realize his publishing dream. It was through the Dutch Foundation for Literature that he finally came into contact with Diane Butterman who had, for a long time, been fascinated by the poetry of Lucebert. She it is who has translated The Collected Poems of Lucebert, Volume 1. It contains the one hundred and twenty-six poems written by Lucebert between 1949 and 1952 in both their original Dutch form and English. The translations are preceded by an introduction written by Anja de Feijter, Professor of Modern Dutch Literature at Radboud University in Nijmegen.
What motivated you, the translator, to spend a number of years working specifically on the poetry of Lucebert?
Butterman: ‘His experimental verse is magnificent, very layered and complex. That is what makes it such a huge translation challenge. For me the poetry embraces both the beauty and the innovative power of language. In the translations it is not my voice that comes through but his and that is something rather stunning. When I reread the work I perpetually discover new layers of meaning: that can only be a testimony to the sheer vitality of his verse.’
Are you meanwhile busy working on the second volume?
‘The second volume is more or less completed. I just have to finish compiling the notes so it should come out in the course of 2014. At the same time, I am also working on the poems for volume three: there will be four volumes in all, each of which will be between six and seven hundred pages long.’
Do you have an idea how the work of Lucebert will come across for the American reading public?
‘I am convinced that American readers will be open to the poetry of Lucebert. There will be recognition because of the considerable parallels with their own literary history. Within the broader context of world literature it falls into the sub-genre known as late modernism. In the Netherlands anyone who thinks of Lucebert automatically thinks of the Fiftiers and the avant-garde movement Cobra but in the English-speaking world there were similar movements such as the Beat Generation Poets in America.’
The second, third and fourth volumes will appear consecutively in the next few years. The first volume can be purchased from the more established bookshops or ordered via the Green Integer webshop. - Thomas Möhlmann
http://www.letterenfonds.nl/en/entry/339/luceberts-collected-poems


Lucebert (pseudonym of Lubertus Jacobus Swaanswijk, 1924-1994) was born in Amsterdam, the city where he lived for almost 30 years. In the 1950s he settled in Bergen (North Holland) with his wife and family, the place where he was to live for some 40 years, until the time of his death.
It was the experimental and enigmatic quality of his verse that was to make Lucebert a sensation in the early ’50s. He was instantly embraced by the literary avant-garde of the day but eyed with great suspicion and unease by the Dutch establishment whose very foundations he rocked.
An energetic and prolific writer and artist, he saw the publication of 15 collections of poetry. After his death, all these collections, together with numerous uncollected and posthumous poems, appeared in one large volume (Bezige Bij, 2002).
His legacy includes thousands of paintings and drawings. Today, 60 years after his literary debut, he is universally acknowledged as an established and acclaimed poet throughout the Dutch-speaking world.
The four collections in this second volume were published between 1952 and 1959. The accompanying uncollected poems date from the 1953 to 1963 period.