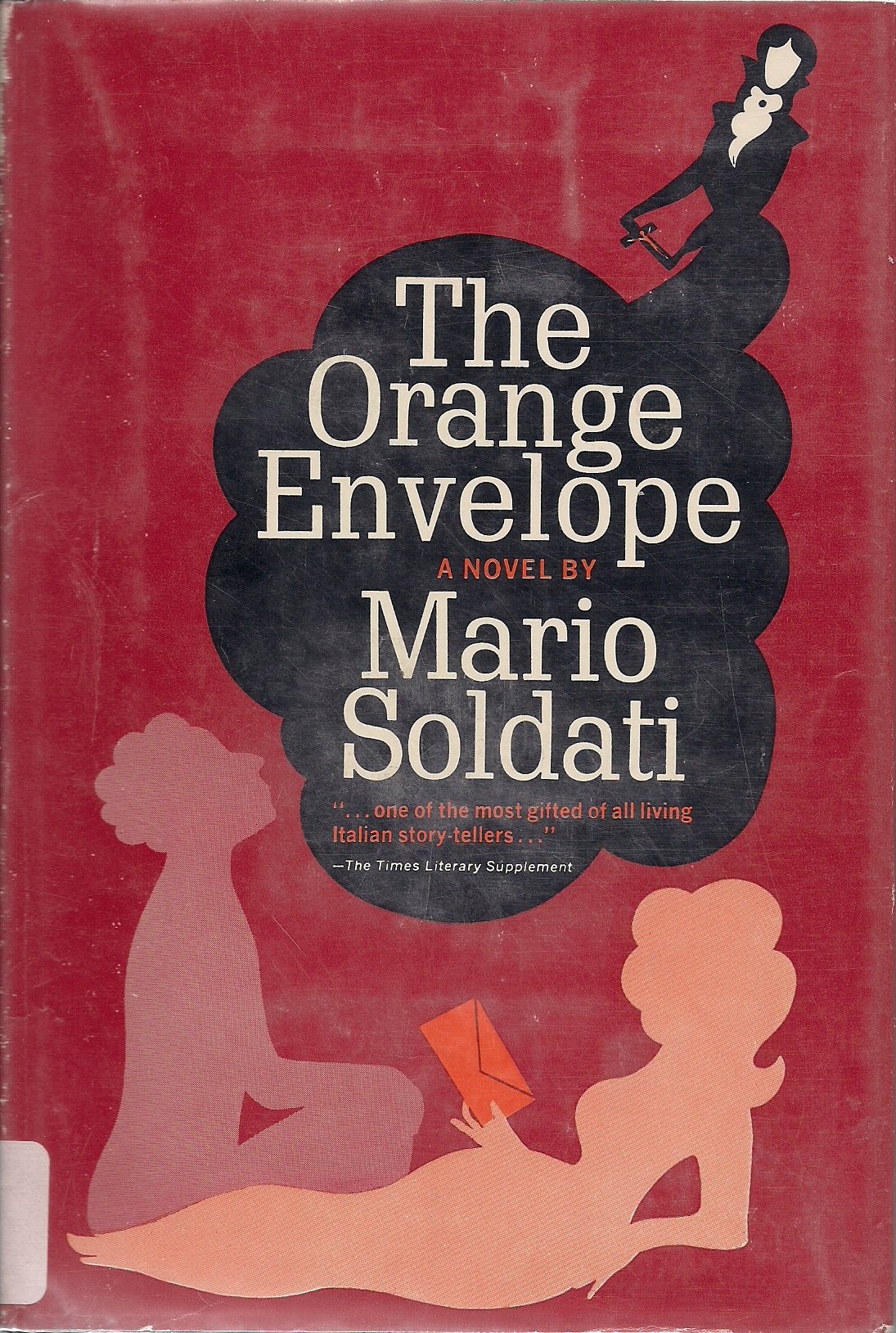 
With much in common with Soldati's earlier novel The Confession (1954), as well as Moravia and more recently Dino Buzzati, this is a scrupulous if self-indulgent first person account of the examined but unlived life of one Carlo. This is attributable to his mother who, passionately possessive after the abandonment of her husband, alternately cossets and castigates him. She also uses orange envelopes for her official messages at her death one to him, one to the only woman, Meris, with whom he has fallen in love, effectively ending the relationship. His mother, equating sexuality with sin, has scarred him only too well: until Meris, every carnal transaction ends in future disinclination, Meris succeeds in holding him by putting a literal lock and chain around his waist. Fifteen years after her disappearance, he again attempts to love, substituting a marriage certificate for the chain but then abandoning her even if he has been cunningly conned out of all he possesses. . . . A sleek and quite fascinating optical view of the devil in the flesh which is never more than sex in the head.- Kirkus Reviews 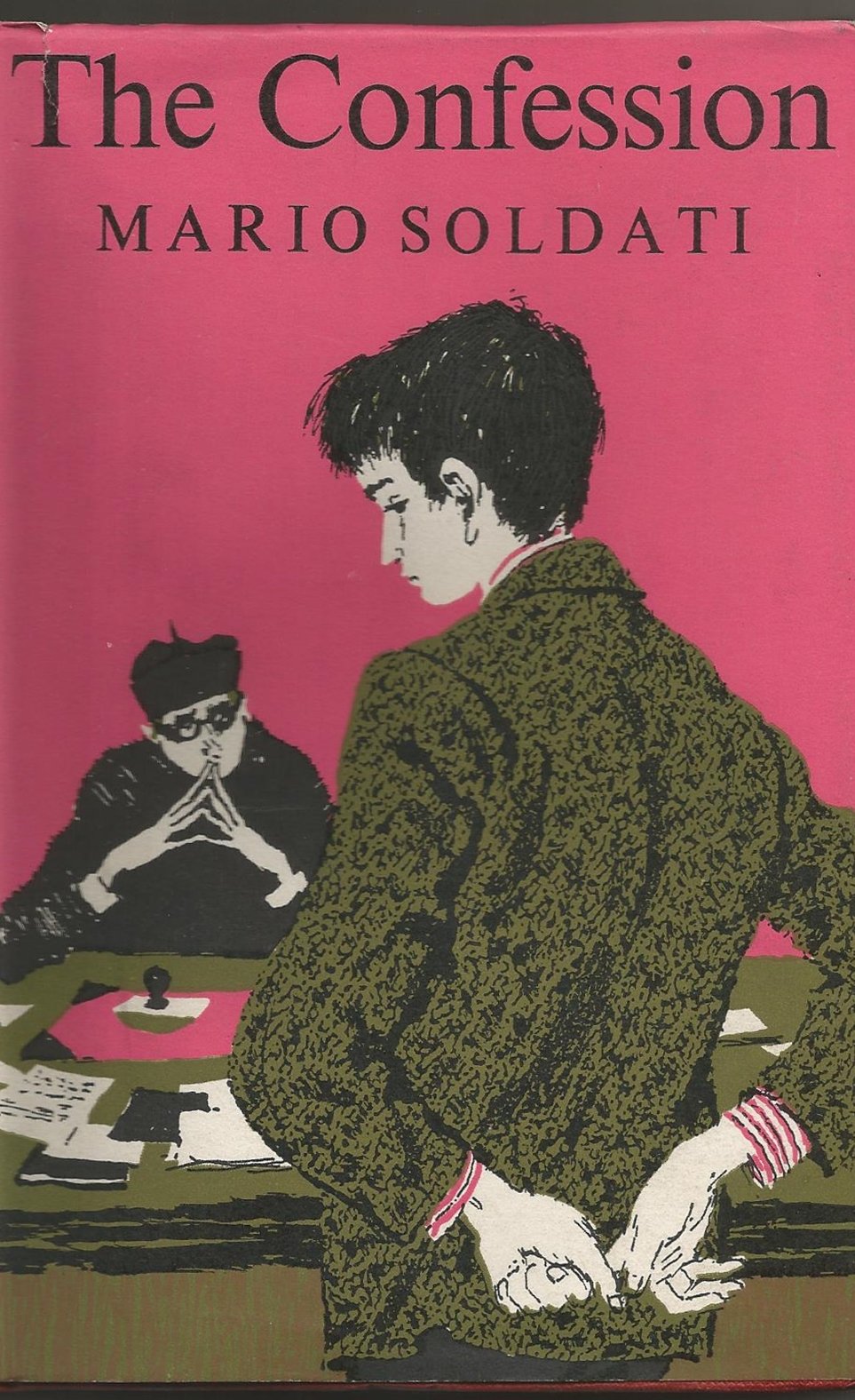 
The Italian writer and film director Mario Soldati, who has died aged 92, was best known for films adapted from literary works, especially his 1940 version of Antonio Fogazzaro's novel Piccolo Mondo Antico. He later won popularity with TV viewers for witty, intelligent series on food and books. Born in Turin, he was educated by the Jesuits; after university, he took a doctorate in art history from Rome in 1927. Two years later, he published a well-received volume of stories, Salmace. His art history teacher, Lionello Venturi, got him a fellowship at New York's Columbia University and he sailed for the new world with the determination of an emigrant. As he crossed the Atlantic in November, 1929, the news came of Wall Street's Black Friday, the great financial crash.
He had left Italy because he hated the new fascist state, and now he was plunged into the American Depression. Soldati was fascinated as well as dismayed by the American way of life and later published his impressions in one of his best books, America Primo Amore, which a friend suggested he might call "When hope was named America".
He returned to Italy in search of a job. Emilio Cecchi, who had been made head of Cines Films in Rome contracted him to write Acciaio (Steel, 1933) based on a Pirandello novella. The film, directed by the German Walter Ruttmann, was not liked. Soldati was scapegoated and went home to the north. He began his book on America, and a novel, La Confessione (The Confession). Without a fascist party card he couldn't work as a journalist or teacher, so he went back to cinema and in Rome he was hired by one of the top directors, Mario Camerini, as clapper boy and then assistant.
America Primo Amore was published in 1935 and, though it was appreciated in literary circles, only one review appeared. The book was considered to smell of anti-Fascism. Soldati worked on scripts and let his name be used on credits as director for co-production purposes. The first film he directed was a sophisticated comedy, Dora Nelson (1939).
As war broke out in Europe, Soldati was working with those who later became Italy's top film-makers. One of his producers was Carlo Ponti, who in partnership with other Milanesi had done a deal with a Roman company to film Fogazzaro's novel Piccolo Mondo Antico ("little ancient world"). In spring 1940, Soldati, his friend Mario Bonfantini (who had helped him to publish his first books) and Alberto Lattuada worked on the script in a villa near Lake Como. Soldati and friends explored the subtleties of Fogazzaro's gothic love story (set in Austrian- occupied Lombardy of 1859) in their Arcadian retreat as they listened to the BBC, anxiously following the fate of Britain's lone struggle against the Nazis. "We knew that our own future depended on England's survival," Soldati later wrote.
The film was a success; to Soldati's amazement and relief, nobody seemed to identify its Austrian villain with the Nazis, Italy's allies. During the war, Soldati directed two other films, one from another Fogazzaro novel (Malombra, 1942). After the war he directed many films, mostly commercial chores. He stepped in at the last minute to help Ponti, by directing La donna del fiume (1954), giving Pier-Paolo Pasolini his first cinema job as a scriptwriter.
In these years his literary career finally won him recognition. His Lettere da Capri (1954) was a bestseller and won him the Strega award. A year later, he finally finished La Confessione, which many critics consider his masterpiece. Among his other most appreciated novels was the long, autobiographical Le due citte (1964), inspired by Turin and Rome, where he spent most of his life. In the 70s, he returned to America after 40 years, this time to teach at Berkeley in California, and the trip inspired the novel Addio diletta Amelia (1979).
He worked in Italian television from its inception in the early 50s, and was considered the father of Italian TV criticism. In 1956, he conducted a TV tour on good eating in the Po and in 1960 investigated Italian reading.
There was a vulgar film adaptation of his Lettere da Capri (Capriccio, 1986) and his son, Giovanni, directed a pedestrian version of La Sposa Americana in 1986.
Soldati settled eventually on the Ligurian coast. Searching for a "lost" DH Lawrence manuscript, he ended up in the village of Tellaro, where Lawrence spent some years - and stayed there. He never found the manuscript.  - John Francis Lane https://www.theguardian.com/news/1999/jun/22/guardianobituaries1
at November 30, 2019
Email ThisBlogThis!Share to TwitterShare to FacebookShare to Pinterest
Labels: Mario Soldati