Michael Stewart - Did it ever occur to us that magicians keep their tricks a secret to protect us? But from what? 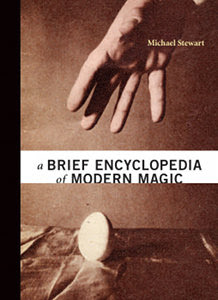 Michael Stewart, A Brief Encyclopedia of Modern Magic (The Cupboard, 2009)

«Every illusion carries a price and no one is more aware of that than the wondrous, tragic magicians detailed here. They know darkness that leaves scars. They know failure that gives birth to terrible life. They know their journey is one of haunting, their competition one that doesn't end with this world. Did it never occur to us they keep their tricks a secret to protect us?
Plus tricks you can do at home!
(You should never do these tricks at home.)»


From A Brief Encyclopedia of Modern Magic:

«Nickerson, Sandra. (1952Ð). Not so much a magician as a madwoman, Sandra was, nevertheless, a madwoman with flair, and there is something to that. She performed in a nightgown on a stage that looked much like your kitchen. The show would start with her beheading several chickens (to the dismay of the children in the audience). Then she miraculously reattached them (to the pleasure of the children), but the heads would roll off a few moments later and the whole mess had to be swept off stage. Her finale typically involved a levitation. She would lift herself a bit off the ground and a smile would slowly crack across her face. Then, suddenly, she would throw herself against the doors and windows, brutally beating them until her little flight would putter out and she would slump to the floor with what could be interpreted as a bow.

Trick eggs. There are so many trick eggs. A partial list could include: eggs from which full grown pigeons emerge; hollow eggs with silks hidden inside; eggs so heavy two men would be needed to lift them; eggs so light they float an inch over the table; unbreakable eggs; eggs which can wobble and walk on their own; eggs which when broken scream out.» 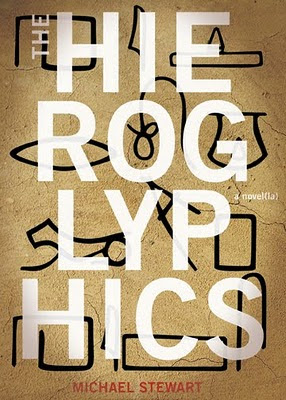 Michael Simmons, Hieroglpyhics, Mud Luscious Press, 2011.
"In THE HIEROGLYPHICS, a novel(la) in prose poems, Michael Stewart tackles nothing less than a radical revision of creation myths that comments darkly on the ancient stories we have received & the future we may be facing. Stewart’s language is spare & haunting, the allusions resonating, in this work that “reminds us how pale are the achievements of men.” - Wendy Barker
"A more certain world does not make for a less terrifying one in Michael Stewart’s astonishing & grave book of wisdoms & codes & laws & rites & rituals & charms. Gather: A sparrow is burning. Gather: There is news of the soul." - Carole Maso
"Back in 2001, I took my very first fiction workshop. It was with Catherine Kasper. I’d never written a short story before. I was a junior. My first story submission was terrible, truly terrible. Despite my really shitty story, Michael Stewart was nice to me.
I thought he was the best writer in class. (And he was.) And there were some spectacular writers in class.
Over the past decade, Michael and I have consumed a lot of coffee and breakfast tacos together. We have played many chess games and go games. We have seen each other’s heartbreaks and victories.
Michael Stewart is a charming man and a charming writer. His first book, The Hieroglpyhics, is out now with Mud Luscious Press.
The Hieroglyphics is a careful examination of language and mythology, or maybe mythological language, or maybe the language of mythology. For instance, this is the first page:
God is like a beast; he does not know time. To know time is man’s alone, it is a weight only the seed of Adam may feel.Stewart composes in sentences so deceptively simple – and a language so gracefully common – that by the time you’re done reading, you have been rendered a fool twice over without knowing it. And, along the way somewhere, you have fallen in love and been cheated on and gotten married and maybe even divorced, who knows, you certainly don’t. I’ve read The Hieroglyphics a number of times in a number of different forms. Each time, I read it in just one sitting. Each time, it’s falling into Wonderland. I have never finished this book as the same person. Now, that is magic.
And now, without further ado: 13 Ways of Looking at Michael Stewart!

at March 22, 2010
Email ThisBlogThis!Share to TwitterShare to FacebookShare to Pinterest
Labels: Michael Stewart 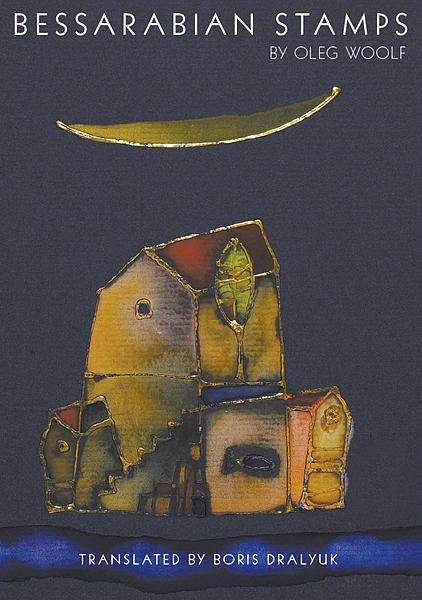