William VanDenBerg - Writing with a deranged lyricism that recalls Matt Bell and Ben Marcus, VanDenBerg is relentless in his depiction of the strange


“The captivating stories in Lake of Earth are meticulously crafted and full of sure-handed description. William VanDenBerg writes so much story into so few lines that it’s easy to get lost in these bright fictions.” - Michael Kimball

“VanDenBerg’s close calls drain the morbid from the mundane, siphoning from even the puniest sideshow of anonymity a graphic identity. This is writing with muscle memory, a séance of stark, and narrative so seamlessly soldered it maintains body temperature bloodessly.” - Kim Gek Lin Short

“‘There is another world outside of this one,’ VanDenBerg tells us, and that’s a pretty good description of Lake of Earth: full of intense, stark prose, these seven stories portray a dream-like world of characters who struggle with visions and hope. I think it’s a terrific and daring book.” - Brandon Hobson

“William VanDenBerg has created a sleepy version of suspense. People shift between consciousness and un-, spaces appear and disappear, objects transubstantiate, and all the while people are trying to share and reconcile and concern all the realities with each other. The tension comes in determining how long the tether can hold between connection and confusion, recognition and division.” - Jac Jemc

“The stories in Lake of Earth take us deep into the dream’s dark heart. Writing with a deranged lyricism that recalls Matt Bell and Ben Marcus, VanDenBerg is relentless in his depiction of the strange.” - Robert Kloss

The cover image of Lake of Earth shows a gemstone—its surface angled, smooth, brilliant—that seems to contain an inner light, something Machen might have imagined as harboring a human soul. This gemstone can also be seen as being representative of VanDenBerg’s crystal-clear, lean prose. Take, for example, this brief excerpt from the story “Wife of Elijah”: “He planned on a third child but balked at the cost. The wife wanted a piano, and that was fine. They imagined the house filled with music. Instead the younger girl punctured their Sunday afternoons with idle plinks.” In a mere four sentences, VanDenBerg is able to say more than most writers say with 80,000 words. Here is a family whose home is filled with emptiness and disappointment; here is a family whose dreams have evaporated into an unrecognizable reality.
Such powerful passages are not a rarity in this book. In the stories that make up Lake of Earth, time slips into oblivion again and again. Impossible large spaces bloom in an instant. People meld, separate and disappear, leaving behind only vague memory and impressions of light. VanDenBerg is at his best when burying macrocosmic gems in his narratives, such as this excerpt from “Characteristics of Aberrational Cultic Movements”: “The Book of the World contains a random inventory of objects. It documents the state of all things before The Book of Light, sometimes in specific terms, more often in general. Mildew damaged shirts, plaster molds of hands, Bell jars of fused toffees. Halves of guns. Few of us have made it through the Book.” This paragraph is housed by space within its story, emphasizing its mystery and lending it an air of prescience. No words are wasted here; every sentence reverberates with meaning, whether hidden or displayed.
There are seven stories in Lake of Earth—some more successful than others—and the eponymous story, which makes up the vast majority of the page count, holds the center, the shorter, slighter pieces in revolution like planets spinning around the hold of the sun. Despite the relative slightness of stories such as opener “Treatment” and the subsequent “Five Cities,” nothing here misses the mark. The prose always feels refined to the point of brilliance, such as this excerpt from the excellent “This Is How We Move Through Homes”: “The ceiling of leaves, the black-blue spots of sky, the stars. Wind stirs the canopy. I recognize common shapes: branches, leaves, moss. Then the recognition exits. The canopy is a net, a screen, a ceiling caved in.” The only moments that fail to create a sense of awe, jarring in their very irregularity, are the brief snatches of dialogue. But such transgressions are easily overlooked.
Machen’s gemstone was the result of experiments in magic that went against the order of nature. Similarly, VanDenBerg’s writing has a certain magical quality it, something almost mystical, as if beaming into our realm from some cavernous beyond. As far as I can tell, this is VanDenBerg’s first book. As such it holds a great amount of promise—such beguiling light—for that which is yet to come. - David Peak

at May 16, 2014
Email ThisBlogThis!Share to TwitterShare to FacebookShare to Pinterest
Labels: William VanDenBerg

Rone Shavers - a syncretic tour-de-force that recombines elements of Afrofuturism, sci-fi, and wartime fiction with linguistic and literary theories to issue a dire warning about what happens when we choose to pretend our past never happened, thereby ensuring that we stumble blindly into a future we've already lived 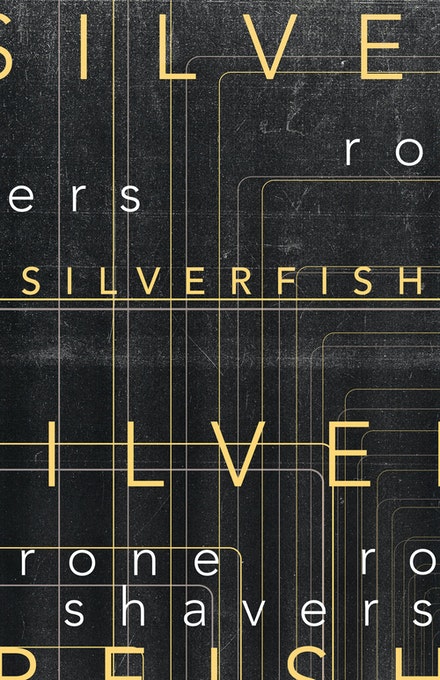