Marcos Giralt Torrente - The stories offer a language of how distance develops—‘both of us were more reluctant to recognize ourselves in the other’— and the usual ‘problems’ of love seem new and alive under the microscope of these deep, delicate studies 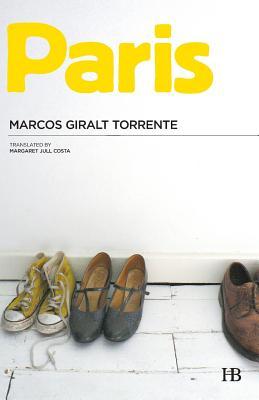 Paris depicts a man’s journey through the labyrinth of his memories, a search for his origins that will uncover an old family secret and turn his world upside down. A mesmerizing and haunting story by award-winning author Marcos Giralt Torrente, a master craftsman calibrating nuance and impact with a true gift. 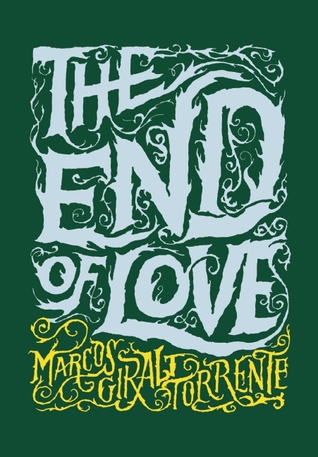 In this quartet of mesmerizing stories, Marcos Giralt Torrente explores the confounding, double-edged promise of love. Each finds a man carefully churning over his past, trying to fathom how the distance between people can become suddenly unbridgeable.
Two tourists visit a remote island off the coast of Africa and are undone by a disconcerting encounter with another couple. A young man, enchanted by his bohemian cousin and her husband, watches them fall into a state of resentful dependence over the course of decades. A chaste but all-consuming love affair between a troubled boy and a wealthy but equally troubled girl leaves a scar that never heals. The son of divorced parents tries in vain to reunite them before realizing why he is wrong to do so. In The End of Love, Giralt Torrente forges discomfiting and gripping dramas from the small but consequential misunderstandings that shape our lives.

Four stories from Spanish writer Torrente take as their very loose theme the idea of dying love. A vacationing couple becomes embroiled with local police off the coast of Africa; separated parents struggle to raise a son post-divorce. In each case, Torrente’s narrators announce their roles as writers or documentarians—an author who chronicles an estranged husband’s last wishes, a radio host who recalls an adolescent infatuation that made lasting impressions. In captivating, subtle, and unsettling prose, Torrente propels characters through time, jumping hours, weeks, and years (covering, at one point, decades in a single clause), building tension with Roberto Bolaño-like accumulation of plot, often waiting until the action has ended to divulge a key fact or coincidental non sequitur that unlocks the truth. Despite his high-grade realism, Torrente’s narrators defer frequently to “the terrain of speculation.” A concerned tourist imagines the worst when a German couple disappears; a literary vagrant suggests reasons his cousin’s marriage has ground to a codependent stalemate. This is Torrente’s first book to appear in English. With luck, the first of many. --Diego Báez

The four stories that make up The End of Love are so good at evoking absences that I would call them elliptical machines, but that would create the wrong associations and do this prizewinning writer from Madrid an injustice. Thanks to Katherine Silver's translations, which hardly break a sweat [...] Giralt Torrente's first publication in the United States arrives with the force of the unexpected, the nervous excitement of a first encounter. —Benjamin Anastas

“The End of Love“: by Spanish author Marcos Giralt Torrente may not be the most gargantuan, epic, enormous, humungoid book on the BTBA longlist, but it may very well be the most perfect. Four stories, each about 40 pages long—sentence-by-sentence this is a book you can bet your life on. When I first read it in Spanish back in the fall of 2011, I immediately knew I was in the presence of a master craftsman. Whether writing long or short sentences, he exercises a remarkable control and precision with each and every word, calibrating nuance and impact with a true gift. As I read El final del amor, what was equally apparent was that this is a writer who is equally apt at crafting stories, manipulating structure, tone, pacing, and information to engineer profound depth and compression. It is for this reason that I like to think of the four pieces in The End of Love more as novellas than stories.

Two years after reading El final del amor, I then had the pleasure to read this book again, in English in the fall of 2013, and it was just as good. This brings me to another reason why this book is worthy of the award: the Best Translated Book Award prides itself on being as much about the translation as about the book, and very few books published in 2013 were translated as well as Katherine Silver’s The End of Love. This is an important point, for while I see very many good translations on the BTBA longlist, I see few masterful ones, and Katie Silver’s surely ranks among the latter.
So what does Torrente do in The End of Love? I would say he compresses a lifetime’s-worth of observations about love into four nearly perfect stories. Here we see all sorts of romantic relationships invoked, and Torrente gives us the pleasure of watching them play out over months and years (just how does he do this in only 40 pages? as I said, he is a master). Even the one story in this book that only takes place over two days makes us feel as though we understand its two couples as though we’ve known them for years. Across the sweep of this book we receive a rare insight into the many different sensations, emotions, and couplings that are generally referred to simply as “love.” Torrente makes us see just how much is contained in this small word, making us feel as though we are with an author who has witnessed love in every single one of its uncountable permutations. Quite simply, Torrente adds a few new thoughts to a concept that is as old as speech, a thing that, if you think about it, is truly a remarkable achievement. Torrente is in fact trained as a philosopher, and it shows in the depth of thought—and passion—that he has brought to this book.
The End of Love is also the entry of a remarkable new author into English. Already two more of Torrente’s seven books are slated for publication in English, and who can doubt that many more will follow? At the young age of 46, Torrente has already built a considerable international reputation for himself. He has won and judged major international awards, he has been translated into numerous languages, and, to top it all off, he is a member of the groundbreaking Spanish author Enrique Vila-Matas’s legendary Order of the Finnegans (the Order is explained in his 2010 novel Dublinesca). Surely we will be hearing much, much more from Torrente in the years to come.
For all these reasons, I would say that The End of Love is a book that demands to be read, and may as well take this year’s Best Translated Book Award. - Scott Esposito 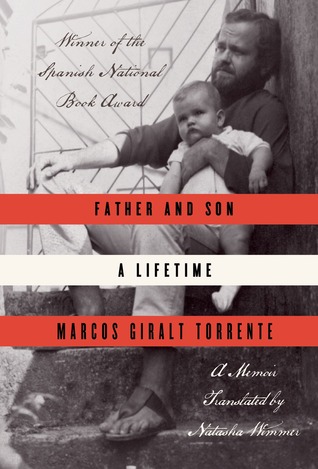 "This is a story about two people, but I’m the only one telling it."Many authors have wrestled with the death of a father in their writing, but few have grappled with the subject as fiercely, or as powerfully, as the brilliant Spanish writer Marcos Giralt Torrente does in Father and Son, the mesmerizing and discomfiting memoir that won him Spain’s highest literary award, the Spanish National Book Award. Giralt Torrente is best known for his fiction, but it is in this often savage memoir that he demonstrates the full measure of his gifts.In the months following his father’s death from cancer, Giralt Torrente could not write—until he began to write about his father. In many ways, they were strangers to each other; after his parents’ relationship ended, when he was quite young, Giralt Torrente’s father remained in contact with him but held himself at a distance. Silences began to linger, prompted by Giralt Torrente’s anger at his father’s lies and absences and perpetuated by their inability to speak about the sources of the conflicts between them. But despite their differences, they had a strong bond, and in the months leading up to his father’s death from cancer, they groped toward reconciliation. Here the author commits to exploring it all, sparing neither his father nor himself, conscious of their flaws but also understanding of them. Weaving together history and personal narrative, Giralt Torrente crafts a startlingly honest account of a complex relationship, and an indelible portrait of both father and son.Beautifully translated by Natasha Wimmer, the award-winning translator of Roberto Bolaño, and as lyrical and clear-eyed on mourning as Joan Didion’s The Year of Magical Thinking, Father and Son is an uncommonly gripping memoir by an uncommonly talented writer.
Labels: Marcos Giralt Torrente