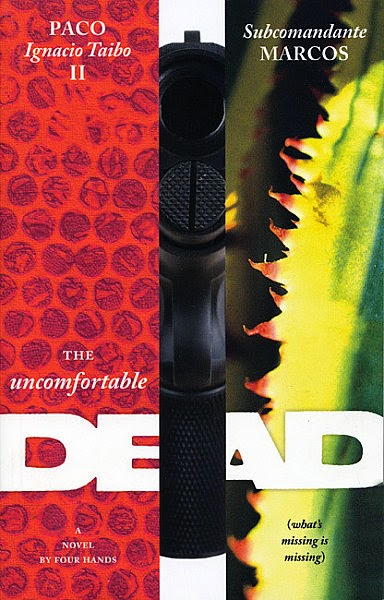 "As one might expect, the political trumps the personal in this curious mix of crime novel and position paper, but it is just strange enough to attract a cult audience." - Booklist


"Messy detective story with a sharp, self-important political agenda....A disjointed work." Kirkus Reviews
"It's one thing to write fiction informed by your own supple leftism. It's another to use the conventions of noir...in the service of a cut-and-dried worldview." New York Times
"[T]he novel is more whimsical than political....At best, the novel is a hoot, but at worst it's a mishmash of cornball humor and warmed-over revolutionary musings." Washington Post
"What does The Uncomfortable Dead prove? Only that the endeavor was idle from the start. Is there a message it advances? Not that I can discern..." San Francisco Chronicle
"The novel careens from slapstick to sentimental to thoughtful and back again, often in the same sentence....On its face, the novel is a murder mystery, and at the book's heart, always, is a deep love of Mexico and its people." Los Angeles Times
"Original, funny, biting, and sincere, The Uncomfortable Dead is Huckleberry Finn by Thomas Pynchon." Tim McLoughlin
"This isn't your ordinary left-wing noir satire co-written by Mexico's most famous crime novelist and the world's best-known revolutionary leader — it's a singular event in world literature." Neal Pollack

"It doesn't get much more delicious than this: the mythic, surreal Subcomandante Marcos and the wonderfully ironic Paco Taibo playing duet on a most unexpected story — a noir! But their collaboration is not just any noir — this one's tender, funny, sly political, smart, and just plain fun!" Achy Obejas


Resurrection is a very Mexican act. In a city and country where you lose 95% of the time, resurrection is the way to come back, to find justice, to find light at the end of the tunnel. � Taibo, quoted in "H�ctor's Body," Frontera Dreams