Steve Finbow – I hear gunshots. One loud and one less distinct. A crack. Then a muffled pop. Everything slows down. The darkness ripples. Corrugated 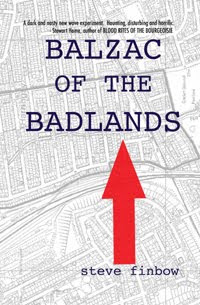 «I’ve said before that the PI novel can be like the haiku of the mystery/crime genre, the structure is always the same but it’s what you can do within it that matters. If that’s the case then Steve Finbow’s Balzac of the Badlands seems to toss the whole damn structure out the window. Actually that may be a disingenuous way to start the review because of the simple fact that any recognizable genre markers are buried and still others are eschewed. That’s a rough way of saying that this is not a novel that is easily classifiable. While from one perspective this is clearly a PI novel when the totality of it is taken into account it becomes clear that it is its own novel. This is the rare crime fiction novel that takes into account all that came before in the genre then both absorbs it and disregards it all at the same time.
Balzac of the Badlands is a postmodern detective story featuring a veritable grab bag of pomo tricks and literary techniques that starts off leaving the reader feeling a bit… unanchored. The strength of the writing, the thrust of the story and just out and out curiosity keep the pages turning. Slowly these various elements start to coalesce to provide more sound footing for the reader. What starts out feeling like an intellectual exercise, a showcase of tricks and techniques, settles down after awhile.
And it’s this large portion of the story, when the rubber hits the road that is just an astounding and uniquely structured crime story. Particularly the jump cut sequence in the woods where the characters are converging on the woods looking for someone. Little bite sized fragments of action only lasting a few sentences, jumping around between the characters, which fills in the scene but keeps the tension at brutally high levels.
To be fair there are going to be elements that won’t sit well with some readers but those willing to open themselves up will be rewarded with an inventive, engaging, dark and dare I say original crime novel.
Sometimes the best novels defy easy description and the book itself is the description. That’s the case with Balzac of the Badlands. To catalog it’s plot, to describe the various techniques used, to do anything remotely similar to this would be to unfairly ground it.
Bottom line: It got its hooks into me early and I had to keep reading.» - spinetinglermag.com

«If there was a bookshelf in your local bookstore labeled “literary thrillers,” a few copies of Balzac of the Badlands would reside there. Somehow art-for-art’s-sake and a plot-driven page-turner at the same time, Steve Finbow’s debut novel brings together elements that do not usually share the same page: postmodern prose, a gripping mystery plot, love scenes where you can feel every stubble and touch, gangs, militants, detectives, drug smugglers, human smugglers, you name it, it’s all in there.
Balthazar Zachariah, in search of a client’s missing daughter, brings readers on a Ulysses-style tour across North London, through parks and pubs crowded with sights, sounds and smells. Finbow’s protagonist, no henpecked, cuckolded and timid Leopold Bloom, is sophisticated, suave, has a way with words as well as ladies, and has the strange ability to make dogs go crazy upon meeting their gaze. His friend the Mermaid has psychic powers that allow her to converse with people inside paintings and photographs; this ability of hers helps Balthazar get closer and closer to the bottom of an ever-thickening, unfathomable plot full of twists and turns.
Whether his scenes are of kidnapping, torture, lovemaking, or landscape, Finbow maintains his lilting, vivid style in every sentence.
'I hear gunshots. One loud and one less distinct. A crack. Then a muffled pop. Everything slows down. The darkness ripples. Corrugated. The leaves, fleshy, green and incarnate. Waves. Waves. Something flies through the trees, the papery beat of its wings heavy, getting heavier, slowing, faltering.'
The violence somehow seems less violent and more beautiful, filtered through such poetic descriptions, though when Finbow dedicates entire paragraphs to sights and colors of the landscape, he also manages to foreshadow the violence ahead with such clarity the reader can practically hear the “death knells” from bluebells and the explosions of petals and pollen:
'A row of cannabis plants yields in their wake, trodden down by impatient feet, strangely human in colour. Nor does the tide spare local flora. Oxeye daisies trampled in its onslaught. The purple leaves of Devil’s-bit scabious torn and scattered. Willow-herbs rock on their skinny stems. Fleabanes burst like burning novas, their small sun heads exploding in bursts of pale pink petals, golden-yellow pollen. Bluebells ring out their own death knells, falling to the ground in heavy drops of chalk-blue and steel-lilac.'
It’s a pleasure to read such short yet descriptive sentences. It’s also reassuring, almost moving, to remember that they were written by a contemporary writer. Nabokov, Joyce, Ginsberg and Angela Carter have all passed on and become canonized, but the musicality of their style and their colorful use of words have not been buried with them. In fact, Steve Finbow himself once worked for Allen Ginsberg, something that may not surprise readers of Balzac of the Badlands.
But you must read the book for yourself—no mere summary of plot or ten-sentence excerpts will do the book justice. The traditional genres of literary or mainstream converge here and gives us aspiring writers and avid readers hope—that a beautifully written book of prose can at the same time be plot-driven and marketable in content.
Steve Finbow's fiction and non-fiction has appeared in numerous anthologies, journals, and on literary websites. In the late 1980's, he worked for the poet Allen Ginsberg. He is an Extraordinary Senior Lecturer at North-West University, South Africa. He lives in Tokyo. A collection of his work can be found at Indifferent Multiplicities.» - Yu-Han Chao

«As the Demon Dog would say, it’s a fever dream, a fever dream… Or a nightmare. Former personal assistant to Allan Ginsberg, Steve Finbow’s debut Balzac of the Badlands sears into the reader’s psyche like a blowtorch. Rendered something like a Ballardian atrocity exhibition.
Finbow takes no prisoners with his sometimes hard-going subject matter – the novel falls occasionally under the label ‘experimental’ which is something I find off-putting i.e. James Palumbo’s Tomas, though Finbow’s writing style, pacing, character and plot work whereas Tomas was a monumental failure – often brutal but beautifully written novel.
Finbow’s North London is a place where the light only ever touches the edge of things, where canines become deeply troubled when in close proximity to his protagonist Balthazar, where a character called Mermaid can speak to still images and people trafficking is going on right under your nose. Part hardboiled fiction, part post-post-modern neo-noir and always utterly compelling – even if at times the novel seemed a bit…pushy and forced me to stop with a WTF thought – echoes of Coupland perhaps.
Any Cop?: Balzac of the Badlands reminded me that as readers, or people who actually care about decent literature, we should never have a comfort zone. Let’s leave that to Oprah. This book will throttle you, but as any masochist will tell you, the bruises are ultimately worth it. I haven’t felt as unsettled by a book since Martin Amis’s Other People.» - bookmunch

Grave Desire is an analysis of the occasions of necrophilia throughout history, literature and the arts. It is an examination of the breaking of taboos and the metastasizing of fetishes in individuals and cultures using the works of Richard von Krafft-Ebing, Sigmund Freud, Georges Bataille, Jacques Lacan, Michel Foucault, Gilles Deleuze, Slavoj Žižek and others to explore the biographies of known necrophiles such as Carl von Cosel, Karen Greenlee and Ed Gein, and to analyze the cultures of Ancient Egypt, Greece, Troy, Victorian England and the first to eighth century CE civilization of the Moche people in northern Peru who used necrophilia as a means of religious time travel.
Throughout the book, examples from the works of Herodotus, the Metaphysical poets, the Marquis de Sade, Cormac McCarthy, Poppie Z Brite, Jörg Buttgereit and more are used for illustration.

If you only read one book before you die make sure it's Grave Desire... ~ Stewart Home

If sex and death are the two pivotal obsessions of the human species, Steve Finbow nails both of them simultaneously in this brilliantly incisive cultural and corporeal history of necrophilia, by assembling seminal case studies together with the aberrant literatures, visions and theories they've inspired. Pathologically and outlandishly good. ~ Stephen Barber

Steve Finbow writes within and beyond the dark depths of literary history, displaying his own sense of flair, experimentation and perspicacity. Sharp, snappy and intelligent, this is Literature for the intertextuality generation. ~ Lee Rourke

”Steve Finbow's stories are some of the best new writing I've read in recent years – energetic, perceptive, innovative and often very funny. He is a powerful, often mesmerizing writer who deserves to reach a wide audience.” ~ Toby Litt

The ability, variety and vision which Steve Finbow displays in his short stories simply leaves me breathless (and envious) and wanting more, more, more. ~ David Peace 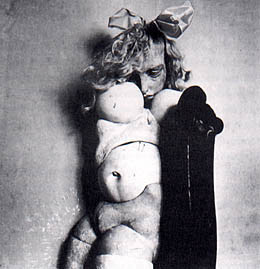 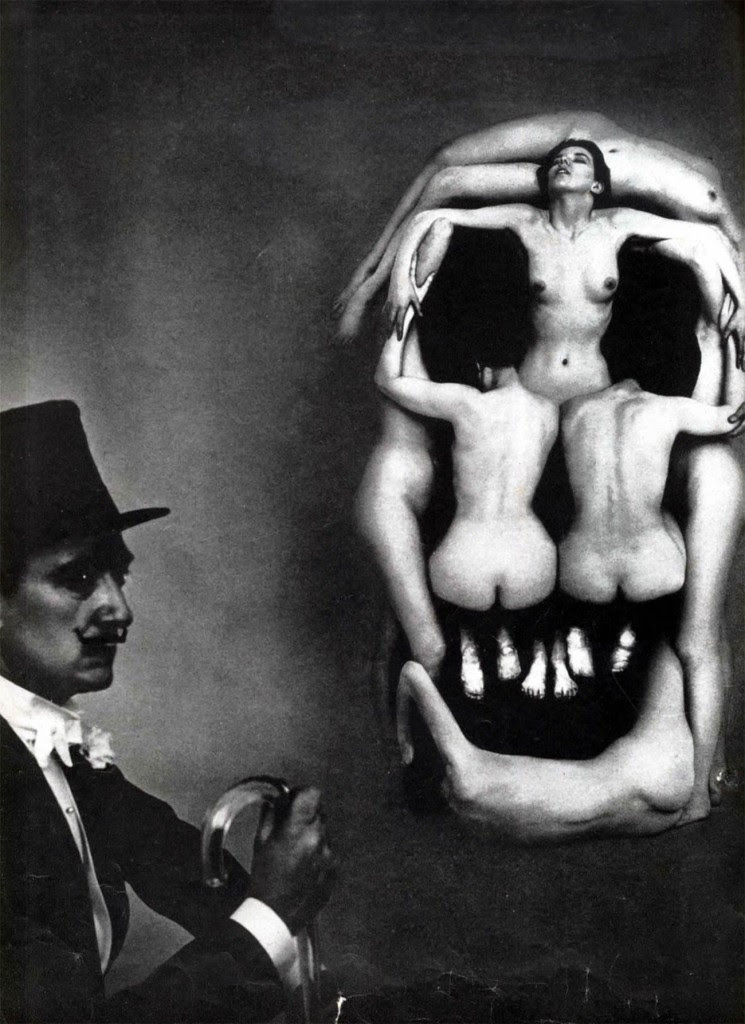