Goro Takano - Narrator/translator who suffers dementia, a husband/writer who communicates only by moving his eyeballs, a sex cultist who has no gender 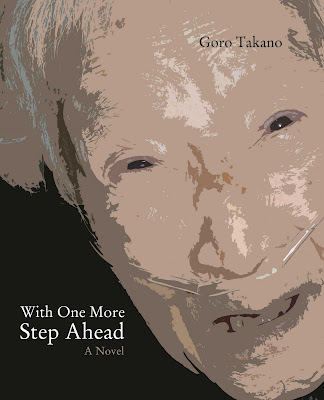 Goro Takano, With One More Step Ahead, BlazeVOX, 2009.

I am a mist
who spreads gradually
far and wide,
while still searching for
a chance to confine myself.
But as the poem goes on, its English gets less predictably English. Take this section:
I am a rain;
I won't chase anymore
those who scattered
away--Because, look, here's
someone waiting for me.
Or:
I am a mud
drying up with
a good number of
footsteps of the people
masking their true faces.
Or the last line of the final section:
I am a forest
who flourishes deep inside
of a newborn's mind;
as time goes by, maybe, I'll
be doomed to soil and wane.
Some native English speakers could come up with a line that combines "be doomed to soil" with "be doomed to wane," (the aforementioned Ashbery comes to mind) but something tells me the line is more easily arrived at if these words remain somewhat foreign. And phrases like "I am a mud" and "I am a rain," which seem to ask for the reader to take out the indefinite article, or to add something to the end, like "spot" or "drop," are effective precisely because they resist native fluency. They are more like lines from Peou's "Corpse Watching":
Corpse watching provides excitement,
Corpse watching is filled with fear
The corpses are someone's father, brother, sister, mother--
Sometimes corpse watching brings tears.
It would be "better" English to write that "corpse watching makes me cry," but it would not be more effective communication. Nor would the first two lines benefit, in this context, from being "corrected" out of its cliches, its generalizations. Because, for once, these abstractions work--largely because of the Cambodian genocide that lurks in every line of this poem and the eponymous chapbook. But also because what Evelyn Ch'ien calls "weird English." She writes "about the ushering in of a global subjectivity, in which the diaspora consciousness caused a number of writers to relate their experience polylingually."
To read Takano's entire novel is to be constantly jolted by the often miniscule differences between one's own English and Goro Takano's English. We (native speakers of English) are constantly reminded that we, like Lulu, are translators of this text, even if our translations are from English to English. The frequent parenthetical interruptions by "Translator" emphasize this difference between the American novel we think we're reading and the Japanese content - and/or vice versa. While Ch`ien's interest is primarily in weird Englishes spoken by immigrants, or Pidgin spoken by non-dominant groups (see Lisa Kanae and Lee Tonouchi's works), Takano is a writer who studied in the United States and returned to Japan, where he is now associate professor of English at a medical school. So, while he is now teaching "weird English," he is not immersed in it. His English now belongs more to Japan than to the United States, although his book will find most of its readers in this country. How appropriate that his book be published by Blazevox, "a publisher of weird little books." At first I disliked that phrase, thought to tell the publisher, Geoffrey Gatza, as much. Now I get it. Weird is good, though this book is not "little" in any sense of the word. It's complicatedly astonishing.» - Susan M. Schultz
at August 11, 2010
Email ThisBlogThis!Share to TwitterShare to FacebookShare to Pinterest
Labels: Goro Takano, Susan M. Schultz

Lucie Paye - the story of a painter fixated with a ghostly female figure becomes entwined with the story of a woman seeking to connect with a long-lost son. A delicate tale of artistic obsession and creation

Lucie Paye, A bsence , Trans. by Natasha  Lehrer, Les Fugitives,  2022 A mysterious female figure keeps on appearing under a landscape... 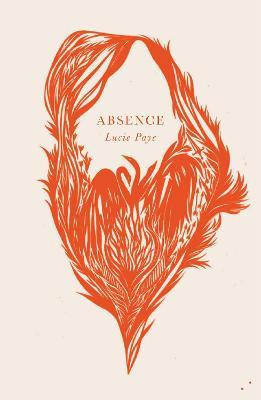