João de Melo - Cadete the Healer and Sara the Saint; Barbaro the Pilgrim and the syphilitic priest, His Holiness Father Governo; the death and resurrection of Joao-Lazaro...all on the island in the middle of the ocean... 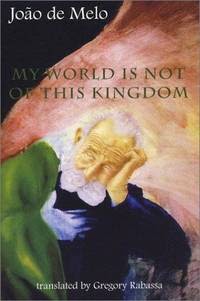 João de Melo, My World Is Not of This Kingdom. Trans. by Gregory Rabassa, Aliform Publishing, 2003.