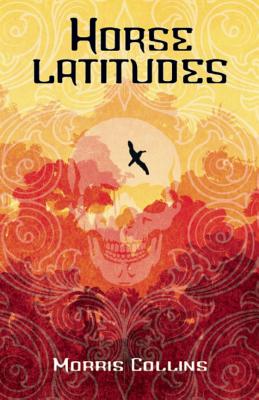 “When your life vanishes, how do you do anything but follow it?”
Haunted by guilt and reeling from his shattered marriage, New York photographer Ethan flees south to a Central American country on the brink of revolution. Ethan doesn’t know if he’s seeking redemption or punishment, but—one bad choice after another—he finds himself indebted to Yolanda, who gives him a chance, if anything she’s saying is true, to find both.
Yolanda’s sister is deep in the country’s interior, waiting for a man named Soto—a slave trafficker posing as a migrant guide. The journey to find her plunges Ethan into a feverish world of demented expatriates, intelligence officers, mystics and lunatics, where loyalties are uncertain and ghosts unshakable.
A harrowing examination of post-colonial blight, Horse Latitudes is a lushly written tropical gothic—part thriller, part nightmarish journey into the corruption at the heart of US intervention in Central America.

“Vivid in the visual detail a photographer would gather, Collins's politically complex and psychologically intense tale demands the reader’s complete submersion in a decaying world in which the lines between good and evil sway and vanish...Though the plot twists like that of a thriller and authentic characters keep the story moving, Collins’s underlying theme of why choices are made and their consequences makes for a philosophically compelling read.”—Booklist

“This is the best debut novel of the year, hands down. Comparisons to  Joseph Conrad, Graham Greene and Malcolm Lowry practically write  themselves, but Horse Latitudes also calls to mind such modern noir  greats as James Crumley and Kem Nunn.  Ethan's story is a febrile  journey into an unknown landscape, a table-side seat at a game of  Russian roulette that has no winners.  It's also erudite, funny and sexy  as hell.”—Rebecca Oppenheimer

“In the best tradition of Joseph Conrad’s Lord Jim and Malcolm Lowry’s Under the Volcano, Morris Collins’s Horse Latitudes is a remarkable debut novel, detailing one man’s quest for redemption through a quixotic adventure in Central America, couched in brilliant, bold lyricism, flavored with heartbreak and danger. Fast-paced and hypnotic, it holds you in its spell and won’t let go, leaving images like exotic souvenirs in its wake.”—William J. Cobb

Its characters trample through lands on the brink of madness in search of something certain; its images are violent, heartbreaking, and starkly real. Morris Collins’s Horse Latitudes is a historically attuned novel for a world that has lost its way.
Ethan is a photographer who has trained himself not to see every truth. He did not see that his wife, Samantha, was drifting somewhere perilous; he does not see that escaping to Central America, especially to a country always on the cusp of a coup, is not the solution to his regret.
In humid Guatemala, horrors await—including those set into motion by vicious, momentary allies who conspire to steal children in the night. In a border brothel, Ethan encounters Yolanda, who rescues him from death in exchange for a favor, to be fulfilled farther south.
The text highlights the unspeakable cruelties that people visit upon one another: “they want to feel some hurt so much greater than their own. They want something … they can break, irreparably break, and then walk away from.” Women and children are trafficked, lied to, and violated, all while they hold out for the glittering possibility of a better life over the border. Details here are realistic, and their warnings are somber.
When it comes to Ethan’s own story, the strokes are more surrealistic, even imprecise, whorling around concepts like grief and vengeance without landing anywhere concrete. He is resentful of stories of unbearable suffering if it is not of the specific kind that could help him understand Samantha better. His becomes a ragged trek built on broken motivations, whose potentially redemptive acts carry no real possibility of a clean slate.
Stumbling toward nightmare realizations, Horse Latitudes is a novel with the edge of the thriller and the bleak rawness of a documentary—feral, needful, and unapologetic about the dark underbellies it reveals. - Michelle Anne Schingler
https://www.forewordreviews.com/reviews/horse-latitudes/


Morris Collins' Horse Latitudes is one of the most impressive debuts I've read. A hybrid narrative that's part thriller, part surreal noir, and part tropical gothic, it reads like a collaboration between William Faulkner, Louis-Ferdinand Céline, and Hunter S. Thompson, as directed by David Lynch.
Ethan is a New York photographer whose crumbling marriage ends when his wife commits herself to a mental institution after being raped by a stranger. Confused and haunted by guilt over not being able to help her, Ethan flees to Mexico. He doesn't know if he wants to find himself, find some sense of purpose, or just drink himself into oblivion and find death at the hands of a machete-wielding gangbanger. While figuring it out, he gets in a bar fight, smashes a bottle into the face of a man with cartel connections, and ends up on a journey to the interior of the country to save a young woman from being trafficked — a journey that will put him in touch with violent gangs, crazy expatriates, strange detectives, mystics, and the ubiquitous aftermath of colonialism.
The beauty of Horse Latitudes comes from its combination of elements. It's firmly rooted in literary fiction, but branches out into pulpy adventure and thrillers — and it hides a scathing political critique under the surface. Collins is aware of his identity as a white American author, and uses it to attack the idea of the white savior, presenting Americans as lost, lustful gringos who come to drink and have sex on the corrupt and rotting ruins left by U.S. intervention in Central America. At one point, Ethan confronts himself about it:
What are you, he thought, a f------ conquistador? The great white hope come to save the natives from themselves? You pitiful drunk a------. Too bad for you, the Third World isn't all Club Med and mangoes. Too bad the Chiquita Banana Girl happens to be mad.

There is something special in this book that I wasn't expecting, and that doesn't jump out at you immediately: surrealism. As the narrative builds, things get progressively weirder. It starts with a singing, crying dwarf who could have been pulled from a Tom Waits song. Then a slew of things come at you: Multicolored lizards everywhere. Strange sounds. Bizarre conversations. Eventually, even Ethan notices; he starts feeling like he's living "on the edge of a dream," hearing what he calls "carousel music from a different world." Also, the entire narrative is framed as photo. Ethan is present in every moment — but also thinks about capturing it, and analyzes the lighting regardless of the situation.
The writing in Horse Latitudes is superb. Collins has a knack for witty dialogue and vivid descriptions of shantytowns, coastal towns, guerilla violence, and roadside poverty. Unfortunately, the beautiful prose that makes most of the novel so enjoyable gets in the way towards the end. Even during a boat chase along a river, plagued with sickness and mosquitos and evil men close behind, Collins spends two paragraphs describing the colors in the sky and how the sun "rose quickly — it crested the far gray horizon and then it was overhead — with the sea opening in layers of aqueous shades to its light: aqua to periwinkle to azure, all lined, intermittently, with the purple shadow of risen reefs where the sea caught and foamed." The worst part about this is that, in other places, Collins shows he can do the opposite very well: "The raft rocked. The scraping pole. The waiting lights. The jungle."
Even so, Horse Latitudes is gripping and wildly entertaining. It takes readers on a tour of Central America that shows the destruction and political turmoil caused by US intervention, while offering a fairy-tale-like story about a lost man trying to run away from the ghost of a failed relationship that ended horribly. Most importantly, this book makes a bold statement: Morris Collins is an author to watch. - Gabino Iglesias
https://www.npr.org/2019/01/24/687519241/horse-latitudes-is-a-gripping-mix-of-genres