Alexandra Chasin - Her characters distribute their kisses indiscriminately, however, she is more promiscuous in form than in content 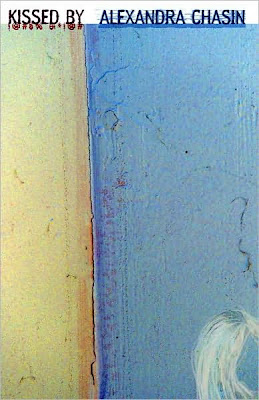 "This work is a collection of innovation fictions that range widely in form and style. Alexandra Chasin's remarkable stories employ forms as diverse as cryptograms (in "ELENA=AGAIN") and sentence diagrams (in "Toward a Grammar of Guilt") to display her interest in fiction as a form constituted by print on the page, every bit as much as poetry. In "They Come From Mars," the words are arrayed on the page like troops, embodying the xenophobic image of invading armies of immigrants and illegal aliens that animates the narrative. One story incorporates personal ads ("Lynette, Your Uniqueness"), another is organized alphabetically ("2 Alphabets"), while another leaves sentences unfinished ("Composer and I"). A number of stories take metafictional turns, calling attention to the process of writing itself. The last piece in the collection plays with genre distinctions, including an index of first lines and a general index. Set in New York, New England, Paris, and Morocco, these tales are narrated by men and women, old and young, gay, straight, and bisexual; one narrator is not a person at all, but a work of art. Each of these deft, playful, and sometimes anarchic fictions is different from the others, yet all are the unmistakable offspring of the same wildly inventive imagination. Chasin's diction is precise and purposeful, yet it retains a colloquialism that enables a dialogue with the reader. Humorous and heart-wrenching, often all at once, Kissed By offers the sort of acute insight evoked through the interplay of empathy and intellect."

"Formal adventurousness, anarchy, wordplay, and intellectual sophistication... there is a great deal of authority in this writing... superb." -R.M. Berry

"Until I read Kissed By, Alexandra Chasin's marvelous collection, I never understood what the term 'experimental fiction' really meant. Now I get it. Chasin enters each story as if it's her laboratory. She has the great gift of being able to bring us along on her investigation; she seems to hold up each sentence for our inspection. It's thrilling to watch Chasin as she pours her chemicals to find out what will fizz and what will explode." - Pagan Kennedy

"With an alchemy entirely her own, Alexandra Chasin turns indexes into poetry, flips love inside out, and fixes her dissecting, tender gaze on both the minutiae and vastness of the world. Strange birds, these stories, to show up in your neighborhood - and how they sing." - Elizabeth Graver

"Some readers will agree with a blurb on the back of Kissed By that labels Alexandra Chasin’s debut work of fiction “experimental.” It’s not as if experimental writers can be easily profiled, separated from the main stream of writers into a straggly line leading to a holding area where authoritarian Contract novelists inspect the baggage of shadowy literary figures who require detention. Gabriel Josipovici stated in an essay that reviewers view experimental writing as “a sub-branch of fiction, rather like teenage romances or science fiction perhaps...” and Gilbert Sorrentino regarded the word as a “euphemism for that work which cannot be called ‘serious.’” Chasin is an exploratory writer. The eighteen pieces in Kissed By roughly divide into those that plunge into the cerebral, the composition of the work being the narrative, and those replete with deep, mature emotion. “Toward a Grammar of Guilt” and “Composer and I” are examples of the first category, where we can enjoy Chasin’s political engagement and inventiveness; “B. & G. & I” and “Lynette, Your Uniqueness” exhibit bitterness, wit, and a delighted enjoyment found in listening to sounds and converting them into language. This is not simple play with language because one can—the flaw marring “They Come From Mars” (each word four letters long) and “Kant Get Enough” (filled with puns)—but because it’s fun to let the imagination go its merry way. This collection is most serious for being at times humorous, allowing for contrasts and juxtapositions of mood. In Chasin’s world, her lovelorn or lovesick creations can hear birds say “Cheater. Cheater. Cheater. Cheater... Read. Weepweep. Read. Weepweep” and make one feel a tug of recognition as well as an appreciation of a truly fine ear." - Jeff Bursey

"Kissed By Alexandra Chasin begins with wordplay in its title and ends with wordplay in its index. In between are 18 short fictional pieces, a lot of kissing, and too many puns. Her characters - gay, straight, and bisexual - distribute their kisses indiscriminately. However, Chasin is more promiscuous in form than in content. The chief pleasure in reading her short stories (or whatever they are) is watching their forms unfold. The most inventive and playful piece is the last, "Toward a Grammar of Guilt," a recollection of 9/11 and its aftermath told entirely in sentence diagrams. Another story, "They Came From Mars," looks at first glance like the work of a monomaniac playing with a typewriter, but it turns out to be a weirdly cryptic account of an invasion of malodorous aliens. The piece is one part Ed Wood, one part M. Night Shyamalan, and one part Georges Bataille. There's only one scatological story, and that's about a woman whose love life consists entirely of sex with philosophers. Poor Schlegel would be horrified to learn how he appears in the story, and you may wince at Karl Marx being reduced to a pun, but the scatology is a sly reference to the mind/body problem.
Kissed By is published by the Fiction Collective 2, so you know its form is aggressively innovative. In my experience experimental fiction writers tend to fall in love with their formal conceits while neglecting the content, which too often is flat and unimaginative. A good argument can be made for this arrangement, however. The French avant-garde filmmakers of the 1920's deliberately grafted experimental montage onto simple, even melodramatic stories. Still, much indie fiction shares the same subject matter: the messy love lives of the underemployed. The stories are interchangeable: an arty type with a jobette falls in love with a charismatic but flawed person. The relationships never work out, and in the end the arty type is wiser but no less blocked. Chasin's "Composer and I" and "B & G & I" fit this model. Interestingly, they're also among the most conventional of her stories. Conversely, the most moving piece is "Two Alphabets," which tells the story of a man reunited with his son shortly before the son is killed in a car accident. The plot proceeds alphabetically so that we glimpse the awful ending, then glide right past it.
A truly experimental writer should be at their best when he or she is experimenting, and Chasin is just such a writer. The pieces never overstay their welcome; as soon as the form has unfolded completely, the story promptly ends, a sign of a witty intelligence. Humor bursts forth in unexpected places, such as when a woman hopelessly torn between two lovers consults a psychic, who tersely advises her, "Get a job." When a clueless guest wonders why a tapenade has to have olives, the host snaps, "Otherwise, the whole concept has no specificity." Moments like these, when we get slapped awake, are exactly what innovative fiction should provide." - Richard Prouty

"I finished reading Alexandra Chasin's experimental fiction collection Kissed By a day or two ago, and it's been in my thoughts quite a bit since. It's a very inventive, interesting collection, and a challenge to read in all the best ways. A lot of the stories are initially hard to get into, but given time teach you how to read them and how to understand what they're doing. Luckily, Chasin's writing is excellent at a pure sentence level, offering plenty of time to settle into each story. Ryan Call recently reviewed the book for The Quarterly Conversation, and goes into way more depth than I'm capable of, so I'll point you over there for more information about this intriguing collection.
Here's a short excerpt, from Chasin's "all kinds of people on the Q train":
'rattling horizontal in the subway car, one gazes one dozes another drifts off, but the junkie always nods. nods on the subway nods in the waiting room nods at the wheel of the car, and nods at home with the television up too loud to think while a child pulls at her sleeve, mommy wake up, i'm hungry. but it's always a waiting room wherever she is, and she's always nodding. off.

we rattling along we know the nods. it's not a nap.

the camel coat on my right elbows the high heels to his right silently to say, look at the child. the child breathes on the window blacked by the racing headlong flashlight tunnel walls and draws an O in the greasy condensation of her breath.

some like it nap some like it nod. the child turns to her mother slumping like some cilium in a lung, turns away, and says to the graffiti above her head, let's pretend we're in a spaceship." - Matt Bell
at June 07, 2010
Email ThisBlogThis!Share to TwitterShare to FacebookShare to Pinterest
Labels: Alexandra Chasin, Jeff Bursey, Matt Bell, Richard Prouty, Ryan Call, Tania Hershman

Hermann Burger - a collection of 1046 suicide-focused aphorisms, observations, quotes, and claims, presented as a study in 'mortology': "the doctrine and philosophy of the total predominance of death over life" 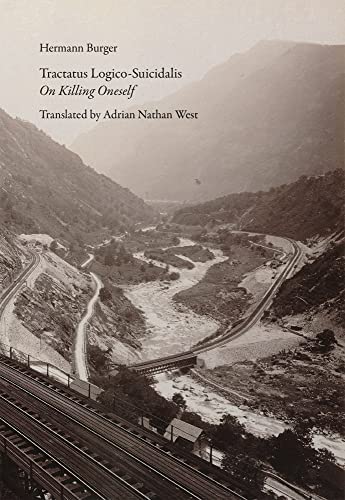