Gregoire Pam Dick - a hybrid prose-poem/novella riffing on the lives and works of Austrian poet Georg Trakl and his sister, Grete.The inventive, androgynous, sexually loose (and intermittently incestuous) persona of Greta expresses itself through the surreal and haunted imagery of Trakl's poems 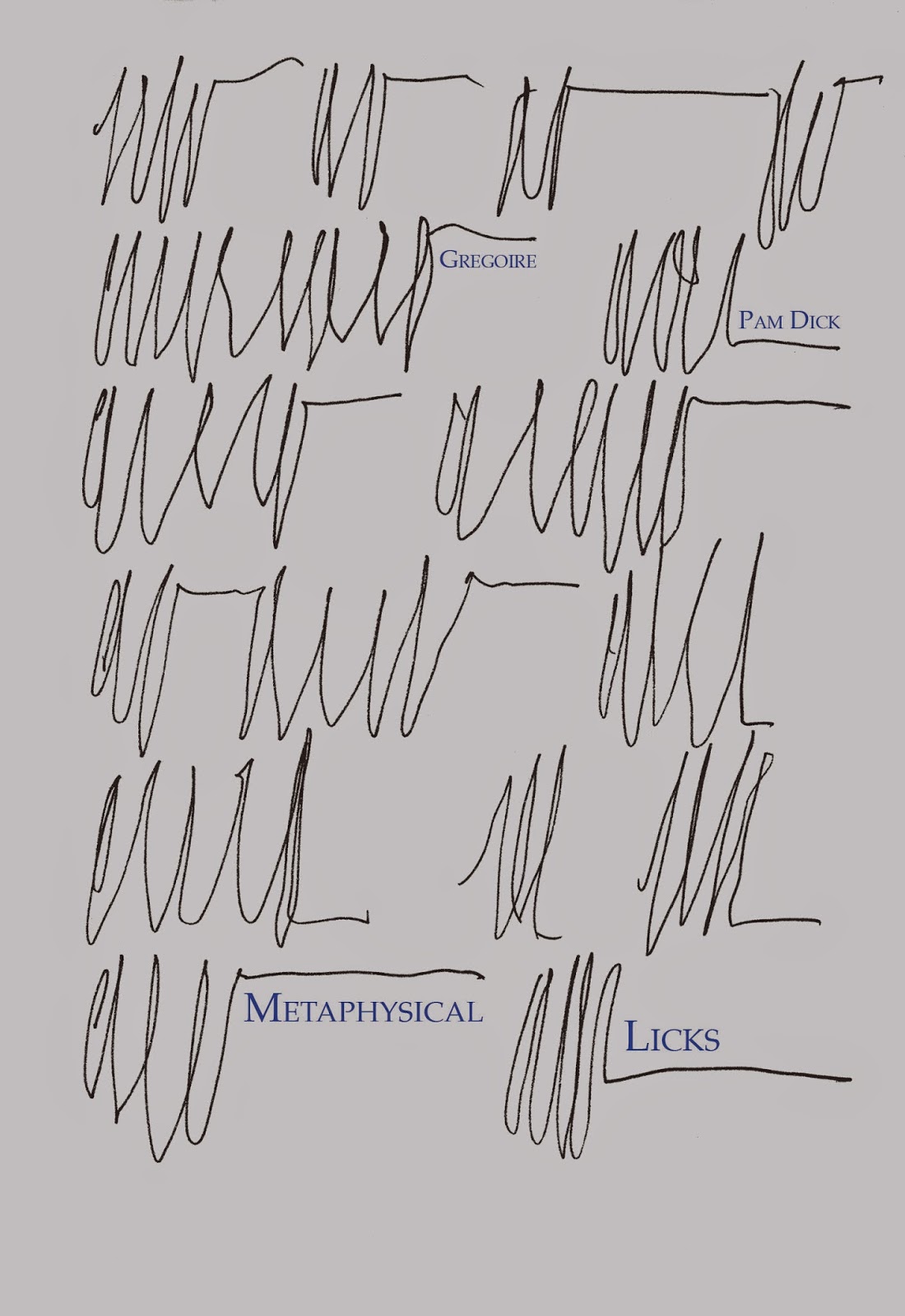 
Metaphysical Licks, a hybrid prose-poem/novella riffing on the lives and works of Austrian poet Georg Trakl and his sister, Grete, is the restless new work by writer and translator Gregoire Pam Dick [a.k.a. Mina Pam Dick, Jake Pam Dick et al., author of Delinquent (Futurepoem, 2009)]. With a mix of high and low, tragic and comic, abstract and concrete, artifice and confession, Dick's playful writing takes risks. It transposes Georg’s Grete (musician, fellow addict and suicide) to current-day Greta, gives her Wittgenstein and Kafka as other brothers, and betroths her (unhappily) to Nietzsche. Crossing New York City with Vienna and Berlin, it composes dissonance from urban moments, narrative fragments, and philosophical remarks. The inventive, androgynous, sexually loose (and intermittently incestuous) persona of Greta expresses itself through the surreal and haunted imagery of Trakl's poems. Readers will be drawn to Dick's combination of girl/punk rebelliousness and intensely questioning thought, in a text where creativity alone offers escape and exultation, and subjectivity keeps changing its sounds. 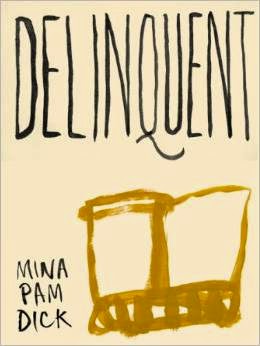 "The Minas are many. Tompkins Square Park is the site of Philosophical Investigations. Walser is writing the New Sentence, again. Fear and Trembling on the sidewalk... A t-shirt, a haircut, a dependent clause, a math equation. The best part of the dissertation is unwritten--here it is"--Matvei Yankelevich


"Like a gender-errant Benjamin, Mina Pam Dick constellates recombinant philosophies, aesthetic forgeries, and the intertextual detritus of the big slithering city. The poems and prose that pack DELINQUENT's sucker punch are weighted with the freight of excess baggage, which means they are the very work of today"--Vanessa Place


"[A] text that reminds us that imagination lives in language, is uncontainable, fluid, reverses gravity and history, unties the knot between gender and body, assumption and consumption. Who are we? Or how many are we? Or where are we? . . . . I think Dick offers a jouissance for the 21st century-accelerate the wit, play, and bite."--Sina Queyras


[A] hybrid tractatus that runs circles around Spinoza and all the bad boys of analytic philosophy who tripped over their own logic and uncovered new realms of uncertainty between truth and falsity, sense and reference, proof and paradox. Into this gap in the binary jumps Pam Dick's poetic avatar: a bastard son who's really a daughter, a rogue bachelorette of the intellect who surfs the thickets and asylums of Western thought, shaking the tree of knowledge for subversive apple-truths . . . . culminating in a veritable Q.E.D. of heretical subjectivity that is by turns rigorous, risible, picaresque, and profound."--Pam Lu


Gregoire Pam Dick (aka Mina Pam Dick, Jake Pam Dick et al.) is the author of Delinquent (Futurepoem, 2009). Her writing has appeared in BOMB, frieze, The Brooklyn Rail, Aufgabe, EOAGH, Fence, Matrix, Open Letter, Poetry Is Dead , and elsewhere, and has been featured in Postmodern Culture; it is included in the anthologies The Sonnets (ed. S. Cohen and P. Legault, Telephone, 2012) and Troubling the Line: Trans and Genderqueer Poetry and Poetics, (ed. TC Tolbert and Tim Trace Peterson, Nightboat, 2013). Her philosophical work has appeared in a collection published by the International Wittgenstein Symposium. Also an artist and translator, Dick lives in New York City, where she is currently doing work that makes out and off with Büchner, Wedekind, Walser, and Michaux.