Sinclair Beiles - the sad, mad and bruised old mind that was Sinclair Beiles was at root the mind of a natural ecstatic, a luftmensch, of the kind that society is always inclined to punish for one reason or another, which is why unreason is sometimes such an attractive escape route


I first came across Sinclair Beiles’s name one drunken night in 1991 outside a bookshop in Yeoville’s Rockey Street. A newspaper clipping reviewing Sinclair’s selected poems A South African Abroad, published by Lapis Press in California, was pinned up in the bookshop window with a handwritten message ‘Soon available in South Africa’ scrawled at the bottom. In a few short paragraphs I learned that Beiles had mixed with the Beat poets, collaborated with William Burroughs on Minutes to Go, was influenced by surrealism and was virtually ignored in South Africa.
I was immediately excited by what seemed akin to the surrealist marvellous exploding into my dull mediocre existence of restricted and frustrated desires. I couldn’t believe that a South African poet had been out there in the avant-garde European literary scene.
I formed a picture of Sinclair in my mind that was to prove worlds apart from what he actually was. I saw him as a lean, calm pipe-smoking poet who had lounged around on placid Greek beaches contemplating sunsets and occasionally churning out fragile yet fascinating poetry.
Over the next year or two I picked up more information and hints about what Sinclair was really all about. I borrowed a copy of A South African Abroad and apart from the selection from his initial collection — Ashes of Experience — I found most of the poems weak. This I found was almost a trademark of Sinclair — flashes of excellent poetry punctuated by collections of dubious quality, some of which seemed no better than doggerel. A young man in a bookshop told me that the handful of collections sampled for the selected volume were misleading. Sinclair was in fact a prolific writer, churning out masses of poems and plays in frantic bursts of activity. He was also, a woman informed me, ‘not well in the head’. He roamed the streets of Yeoville — where he lived — in a similar fashion to how he had roamed the streets of Paris. An article about him in the Mail & Guardian at the time referred to him as ‘The Wandering Poet of Paris and Yeoville’.
Two years later I read that Sinclair’s play about Lorca, My Brother Federico, was being performed at the experimental Black Sun Theatre. Shortly after that, I obtained Sinclair’s home telephone number from poet Roy Blumenthal, who had until recently been quite close with him. Roy had endured enough of Sinclair’s paranoid behaviour, and had suffered the displeasure of having Sinclair yelling at him in the street, threatening to ram his typewriter down Roy’s throat and challenging him to a boxing match.
A few weeks later I had succeeded in setting up a meeting with Sinclair at his house. I was stunned to find that his house looked onto the back of a block of flats that I had been staying in only a couple of years previously. On arriving at his door — he had invited me round for Sunday afternoon tea — I was greeted by his wife, Marta Proctor. - Gary Cummiskey and Eva Kowalska  read more here


One of the funniest moments in the history of Olympia came when the South African poet Sinclair Beiles entered Girodias' office with sheets of paper adorned by Chinese characters. Telling Girodias a story about youth spent among missionaries in China, Beiles indicated his reams of parchment, and stated that they were unique erotic writings from that nation, and all he'd need to translate this phenomenal document would be some money each week for a new chapter... As it turns out, Beiles was working from an earlier translation of the 15th century erotic classic Jin Ping Mei, a work about Hsi Men (Ximen Qing) and his six wives that, with its graphic descriptions and instructions, is said to have inspired the Kama Sutra, among other books. The Jin, Ping and Mei in the title are the later three wives, and the most interesting ones for our purposes. One of those later spouses, whose name translates as Golden Lotus, is a character from the classic "Outlaws of the Marsh," delightful woman lady who poisons her ugly, smelly, not-getting-it-done first husband to marry the libertine Hsi Men, and is punished for this crime by the tiger-slaying, heroic brother of husband one. In Jin Ping Mei, Hsi Men is able to take advantage of the corrupt regime and have that heroic brother sent far, far away, while he continues to enjoy his wives and lifestyle. Beiles simplified and improved upon his translation, removing tedious interviews with court officials and drawing out some of the more intimate scenes. The work is also known, in English, as "Golden Lotus," "The Love Pagoda," "The Six Wives of Hsi Men," etc...


Sinclair Beiles was a South African beat poet and editor for Maurice Girodias at the Olympia Press in Paris. He developed along with William S. Burroughs and Brion Gysin the cut-up technique of writing poetry and literature.Beiles was involved with American beat poets Allen Ginsberg, Gregory Corso and Brion Gysin, and Burroughs at the legendary Beat Hotel in Paris. The photographer Harold Chapman recorded this period in his book "The Beat Hotel" (Gris Banal, 1984). He co-authored "Minutes to Go with Burroughs, Gysin and Corso" (Two Cities Editions, 1960). Beiles helped edit Burroughs' "Naked Lunch." 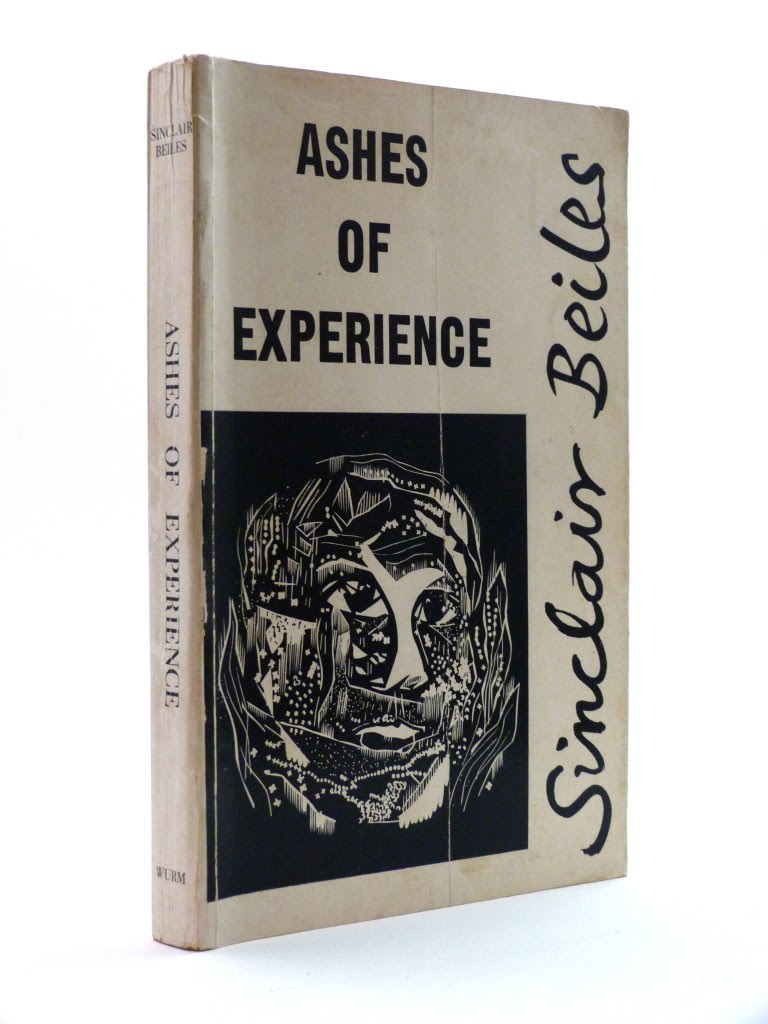 
Sinclair Beiles worked in Paris as chief editor for publisher Maurice Girodias’ Olympia Press. He established links with the American beat generation of writers, particularly Allen Ginsberg, Brion Gysin, Gregory Corso and William Burroughs, and they collaborated on the legendary collection of Dadaist cut-ups, Minutes to go. When the Paris scene fell apart in the early sixties, he left for Greece. In 1969 Beiles published a volume of poetry, Ashes of experience. This volume, largely written during his stay in Greece, was his first substantial publication. 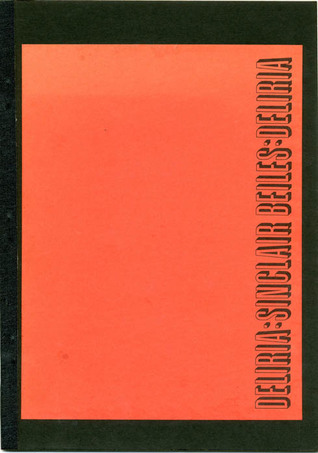 Classic asylum repertoire, containing a variety of notes, verses, letters and itineraries, written, according to Beiles, in a two-week manic episode and only the surviving notes of his original manuscript, which Beiles explains in the Preface. 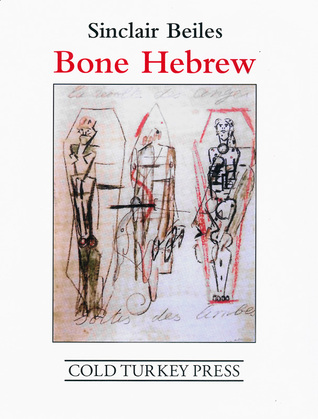 In a limited first edition of only 36 copies, Bone Hebrew contains poems, letters, and drawings by Sinclair Beiles, tributes to and memories of Beiles by Heathcote Williams, Lilliane Lijn, and Yannis Livadas, photographs and artwork, all lovingly compiled and edited by Beiles’s friend Gerard Bellaart. Bone Hebrew is a beautiful tribute to the mad and lost poet from South Africa.

“But, despite all this, the sad, mad and bruised old mind that was Sinclair Beiles was at root the mind of a natural ecstatic, a luftmensch, of the kind that society is always inclined to punish for one reason or another, which is why unreason is sometimes such an attractive escape route…” (Heathcote Williams) 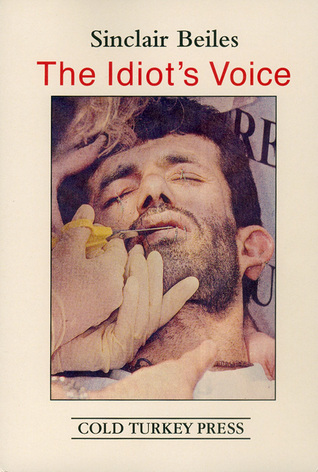 In The Idiot’s Voice Cold Turkey Press brings together poems, artwork, and a letter by Beiles from the Cold Turkey Press archives. In this selection of works, to which a couple of photos were added, Gerard Bellaart pays tribute to his friend Sinclair Beiles.

“…it’s tempting to think, as just intimated, that Sinclair was perhaps also privately haunted by some dark demons buried deep in his DNA, the dybbuks and golems of the shtetl which no one would ever be able to do anything about (and Sinclair must certainly have tried – he ran through psychiatrists like boxes of Kleenex).” –Heathcote Williams. 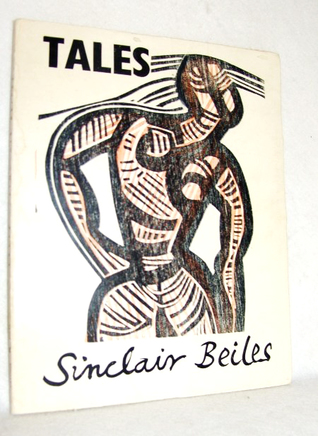 
Who Was Sinclair Beiles?
The following is an excerpt from Gary Cummiskey and Eva Kowalska, Who Was Sinclair Beiles?, published in 2009 by Dye Hard Press. The book contains interviews and essays that create a portrait of Sinclair Beiles, the South African poet who worked for Olympia Press, helped to edit Naked Lunch, and collaborated with William Burroughs, Brion Gysin, and Gregory Corso on the first cut-up book, Minutes to Go.
Labels: Sinclair Beiles