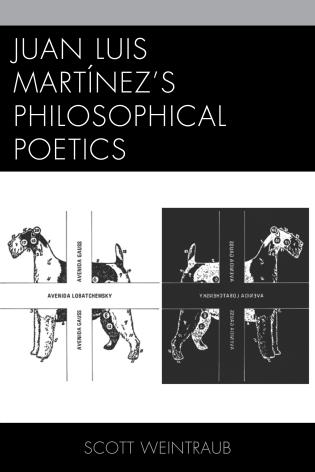 
Juan Luis Martínez’s Philosophical Poetics is the first English-language monograph on this Chilean visual artist and poet (1942–1993). It has two principal aims: first, to introduce Martínez’s poetry and radical aesthetics to English-speaking audiences, and second, to carefully analyze key aspects of his literary production. The readings undertaken in this book explore Martínez’s intricate textual formalisms, the self-effacement that characterizes his poetry, and the tension between his local (Latin American, Chilean) aspect and the cosmopolitanism or transnationalism that insists on the global relevance of his work. Through his artistic engagement with a number of esoteric concepts—for example, his recuperation of pataphysical “logic” and Oulipian combinatorics, mathematical reasoning, Eastern thought, and the historical avant-gardes—Martínez creates a rigorous quasi-system of citation and erasure that is a philosophical poetics as well as a poetic philosophy. Juan Luis Martínez’s Philosophical Poetics thus addresses all major publications by this groundbreaking Chilean artist and poet in order to read his difficult, experimental texts by focusing on the tension he creates between philosophical, political, literary, and scientific discourses.


[This book] is the first study in English on the poetic production of Martinez. . . . Scott Weintraub succeeds with this study because it introduces the radical aesthetic of the poet in the English-speaking world and also carefully analyzes the key aspects of his literary output . . . We could say that the surprise text, text and unspeakable paradox text lines are synthesized and put into crisis the notion and coding of the poetry of Juan Luis Martinez. (A Contracorriente)

The title of his study is completely appropriate, for Weintraub convincingly demonstrates how Martínez creates a philosophical poetics, which is also a poetic philosophy. Weintraub’s book will be the starting point for all future research on this poet, for it brings together insightful commentary on the most recently published additions to his oeuvre, includes detailed attention to history of its publication, particulars of the poet’s communication and dialogue with others, as well as a very extensive bibliography of works by or about this intriguing writer. Aside from its important contribution as a very comprehensive approach to Juan Luis Martínez as an artistic and intellectual figure, Weintraub’s study offers multiple approaches to the Chilean’s work.... Scott Weintraub’s book uncovers many implicit dialogues of an author whose work readers may find ranges from tricky to impenetrable, by demonstrating how Martínez played hide and seek with a range of philosophical and aesthetic ideas from very diverse fields. The fact that this is the first such monograph to approach his work in English may expand his readership beyond those interested in innovative poetry and philosophy in Chile and open Juan Luis Martínez’s inter-artistic poetic production to the kind of transnational readership implicit in the work itself. (Revista de Estudios Hispánicos)

Juan Luis Martínez’s Philosophical Poetics is an interdisciplinary study of collage/assemblage art and poetry by the most infamous and hermetic member of the Chilean neo-avant-garde literary scene. This comprehensive study of cult figure Juan Luis Martínez (1942–1993) takes a comparative approach to the complex relationship between the visual arts, literature, science, philosophy, and mathematics in his work. 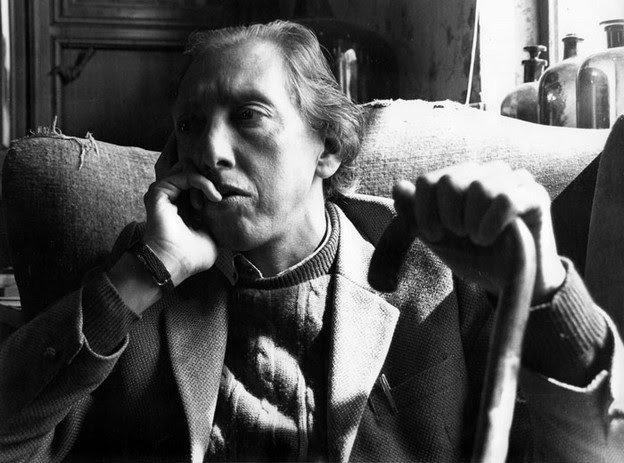 If you are interested in contemporary Chilean Poetry, and you haven’t heard the name Juan Luis Martínez yet, then something is terribly wrong: you’ve been missing a lot.  The good news is we are going to fix that right away.
Juan Luis Martínez was born in Valparaíso, in 1942. Son of the general manager of a reputable local steamship company, and a woman of Nordic origin coming from a very traditional family, he spent most of his life between the cities of Valparaíso, Viña del Mar, and Villa Alemana (Germantown!). As soon as he started high school, he abandoned his studies to embrace the bohemian lifestyle of the late ’50s in Valparaíso. A frequent visitor of all the legendary bars of that time in the harbor, like The Roland Bar, El Bar Inglés (The English Bar), El Yako, and the mythical Siete Espejos (The Seven Mirrors), Martínez was identified, by his family and peers, as a rebel kid. As a typical chico colérico (local version of the Greasers), he never returned to school, used to ride a scooter, wore his hair long (a particularly unusual feature for that period of time in Chile), and lived intensely his youth. As a self-taught poet, his recognized vast erudition came mostly from the many cultural influences that surrounded him in the cosmopolitan Valparaíso, and from his insatiable thirst for new readings. 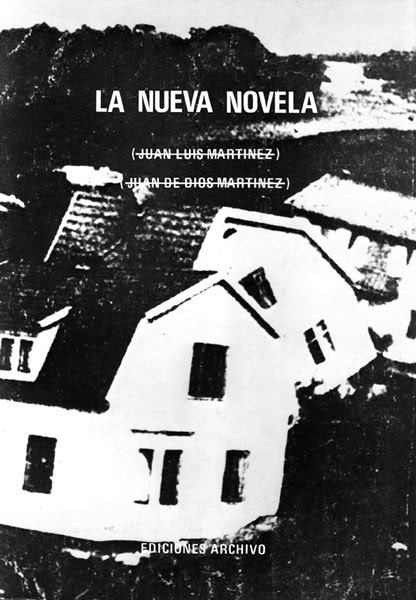 During his lifetime, Juan Luis Martínez got to publish just two books. In 1971, he submitted his first book of poems to the Chilean press Editorial Universitaria. After two years of thoughtful review the publisher rejected Pequeña Cosmogonía Práctica (Small Practical Cosmogony) because it was impossible for them to classify. A frustrated Martínez finally decided to self-publish the manuscript in 1977, changing the title to La Nueva Novela (The New Novel). Listed as one the most enigmatic books of Chilean literature, labeled as the first object-book in the history of Chilean poetry, and considered a seminal work, La Nueva Novela stands as an iconoclastic and disruptive book of poetry. Built as an endless maze of quotes, based on a complex system of literary, philosophical, artistic, and scientific references, its fragments, even though they are constantly aiming to different directions, still draw together a coherent poetic unit, where skepticism, irony, and humor are protagonists. Using strategies such as the eradication of the traditional notion of authorship, appropriation, plagiarism, and recontextualization, Juan Luis Martínez perfectly embodies in advance all the premises of today’s conceptual writing. Despite the fact that La Nueva Novela had a poor and restricted circulation, it succeeded in becoming a foundational book, opening the doors of the neo-avant-garde in Chile, and forging an interesting legacy of experimental writing, which still prevails. 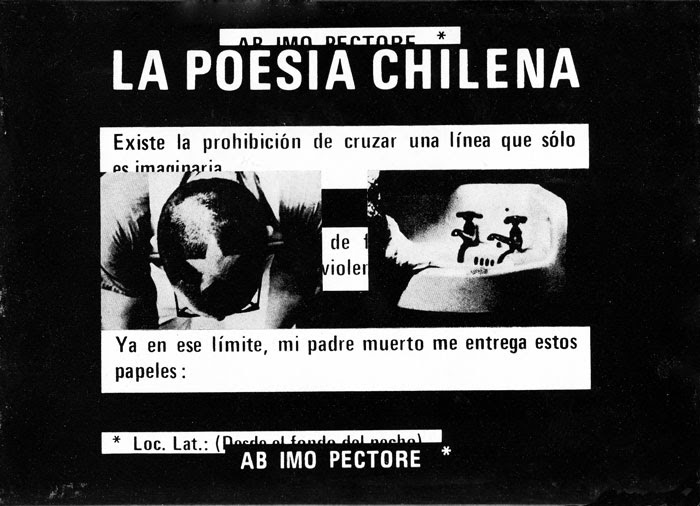 In 1978 he published La Poesía Chilena (Chilean Poetry), an object-book that included a small bag of dirt from Chile’s Central Valley, death certificates of the greatest Chilean poets (Gabriela Mistral, Pablo Neruda, Pablo de Rokha, and Vicente Huidobro), miniature Chilean flags, and blank library cards. There is no trace in the entire book that Martínez had written anything in it. What's more, some rumors say that Martinez kept an original of this book, a sort of master copy, which he continued to add to every time a Chilean poet passed away.
These two books were personally designed and edited by Juan Luis Martínez, and it was also Martínez himself who guarded their distribution, since for the poet it was important to know who had access to his work. 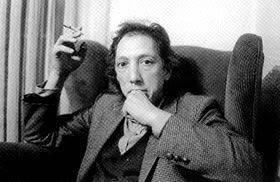 Before he died, Martínez left specific instructions to his wife regarding what to do with his unpublished material: she should burn every single paper, nothing should remain. However, ten years after his death, his widow contacted a local editor with an urgent message; she had found a manuscript left by the author that should be published. That is how in 2003 Ediciones UDP published Poemas del Otro (Poems by the Other), a collection including a short manuscript titled Poemas del Otro, from which the book takes its name, eight little-known poems found in different publications, and a small set of interviews, which includes a conversation with the French philosopher Félix Guattari. 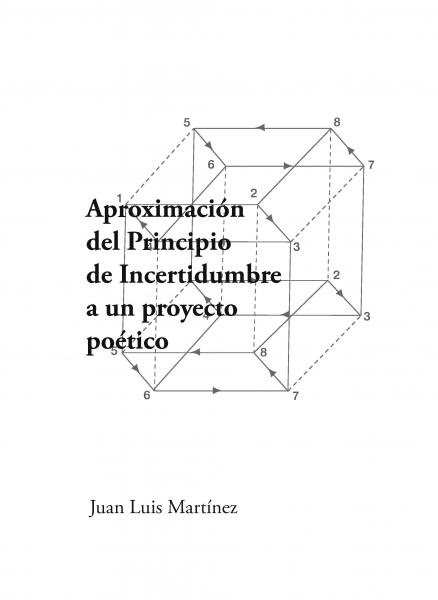 When nobody was expecting any new publications by the poet, in 2010 appeared Aproximación del Principio de Incertidumbre a un Proyecto Poético (Approximation of the Uncertainty Principle to a Poetic Project) edited by the poet Ronald Kay and published by Galería D21. Made of 28-ringed xerox copies, which supposedly belonged to a “work of long gestation,” finished between 1991 and 1992, this book is composed exclusively by visual poems that strike the reader in a way that is similar to the impact of semiotic writing. There is also an evident and strong influence of the trigrams of the I Ching.
And finally, again contradicting the instructions given to his widow, ten years after the publication of Poemas del Otro, exactly twenty years after the death of Juan Luis Martínez, another posthumous book appears. This time published in São Paulo, Brazil, by Cosac & Naify and edited by Pedro Montes Lira, in collaboration with the curator of the Bienal de Arte de São Paulo, Luis Pérez-Orama, El Poeta Anónimo (o el Eterno Presente de Juan Luis Martínez), The Anonymous Poet (or the Eternal Present of Juan Luis Martínez) is an overwhelming assembly of collages, altered pictures, found images, found texts, and cut-ups of diverse origin. As he told Felix Guattari, he finally managed to compose a work where any single line included in the book belongs to him. El Poeta Anónimo is a book that more than being read is to be seen. Found poetry or a kind of poetic readymade, the book used uncountable different sources in many languages. From obituaries, comics, anthropological essays, lit theory, art theory, art history to prayers, litanies, news, advertising, etc. As the editor noted, the book is nothing but nostalgia for happiness strategically turned into poetry.
Unfortunately, this extraordinary and appealing work hasn’t been translated entirely into English yet. Maybe the first, and for a very long time the only translations available of Juan Luis Martinez’s work, were the ones included by Steven White in “Poets of Chile, a Bilingual Anthology 1965–1985”, an edition of two generations of writers who began to publish prior to and after the 1973 military coup. A few other translations appeared in “The Critical Poem: Borges, Paz, and Other Language-Centered Poets in Latin America,” by Thorpe Running, published in 1996 by Bucknell University Press. And recently Mónica de la Torre has presented her own translations in s/n and Zoland Poetry.
In 2000, the filmmaker Tevo Díaz released Señales de Ruta (Road Signs), a sharp and noteworthy documentary, about the work and poetics of Juan Luis Martínez. Mixing sublime images of the Chilean landscape with some pages of La Nueva Novela and La Poesía Chilena, and including interviews with key personalities of the Chilean literary scene (such as Volodia Teitelboim, Armando Uribe, and Miguel Serrano), Díaz managed to put together a very clever film without loosing sight of all the mystery and mystique that always surrounded the figure of the poet.  (Find the technical specifications here). - CARLOS SOTO-ROMÁN
http://jacket2.org/commentary/nothing-real


The recent edition of La nueva novela puts the poet who aspired to "radiate a veiled identity" back into circulation. This article gives an account of unpublished aspects of the life of Juan Luis Martínez, shows his rejections and affiliations with Chilean poetry, and reveals the obsessive methodology of work that gave body to a work that is poetic and philosophical at the same time, and that with its unique humor and sense of absurdity, it continues to baffle readers of the 21st century.
Juan Luis Martínez después del silencio 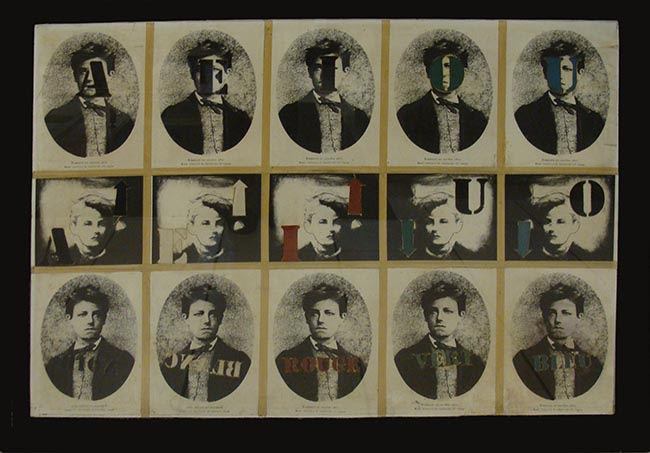 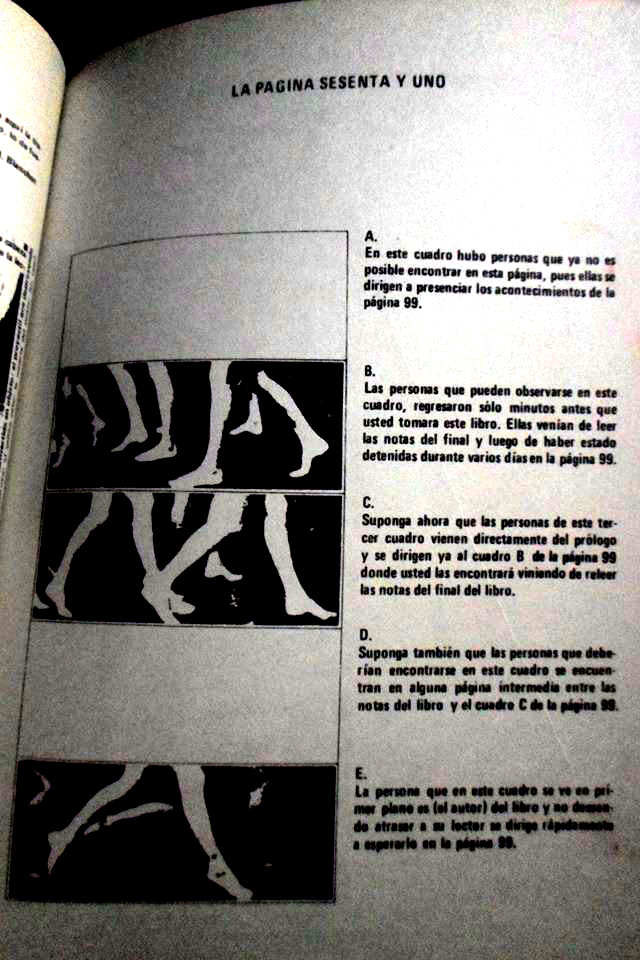 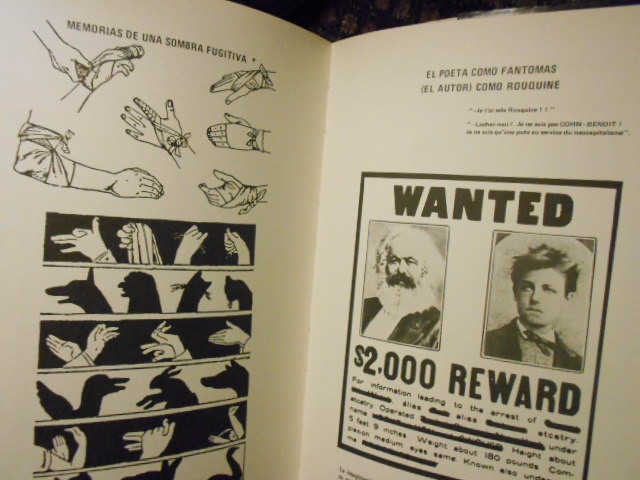 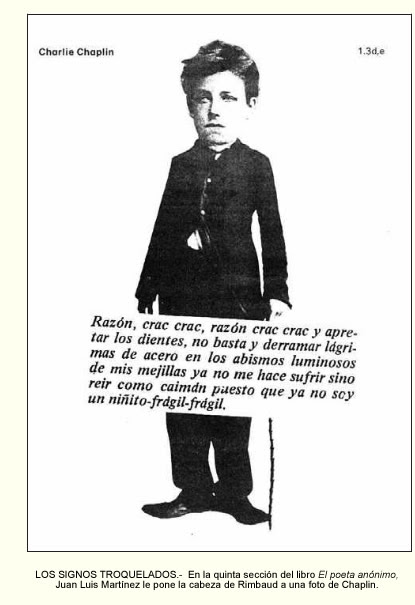