Philip Sorensen - writes to expose classification’s errors and terminate endings: “to reject the premise that space is ever empty or divisible,” to “reject purity and elsewhereness.” Unflinchingly fretful and frequently hilarious, these poems enumerate the radial, radical horrors the body can endure and inflict 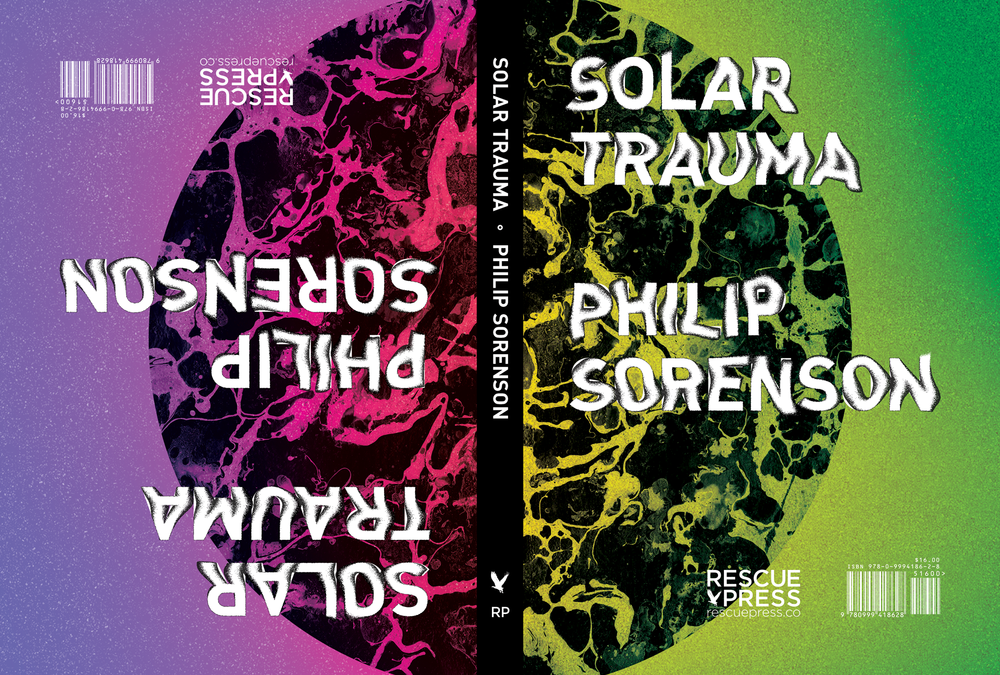 
“Everybody / should be throwing up all of the time,” insists Philip Sorenson’s incendiary and tender second collection Solar Trauma, a book that defies category in deference to the “uncontainableness of things.” Sorensen writes to expose classification’s errors and terminate endings: “to reject the premise that space is ever empty or divisible,” to “reject purity and elsewhereness.” Like the wails made by a handtrembling over the theremin, Solar Trauma’s musical forms and anxieties slide and swerve. Unflinchingly fretful and frequently hilarious, these poems enumerate the radial, radical horrors the body can endure and inflict: “and when I cease // . . . // I become the body / from which I believe I already act // and split and split again / a dehiscence a thing a skin // essentially a constellation of threats.” This body of concern has no limit: think The Thing meets critical theory meets parenting meets polar devastation meets the internet; think of how to let anything go: “how can we get rid of this thing can we just throw it away what happens to it when // we do.” 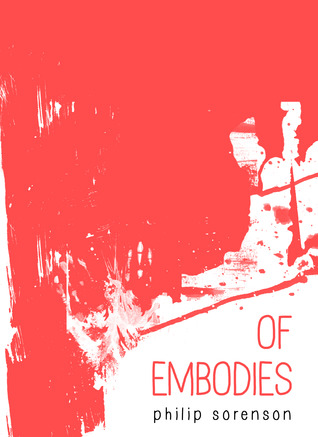 
Like an army of flowering stones, Philip Sorenson’s Of Embodies evolves fixed positions into organic movement and marches straight into your open heart. These poems are the body and the text; the temple and a subject of discovery—their urgency manifesting itself in vanishing memory, actively decomposing letters, and what kind of material might survive you. These poems are interested in evidence, exact specimens, and wild living inquiry. Here there are indications of the inner workings of the earth, upsets, burials, blood, membranes, mouths, and “tongues learning to penetrate a word with the body to lean in and whisper but meaning is a fleeing.” Of Embodies was the Editor’s Choice pick for Rescue Press’ 2011 Black Box Poetry Prize.