Meinhard Michael - Hieronymus Bosch painted the 'Garden of Earthly Delights' as a sensual dream of a concrete figure which is shown in the picture itself. The dream also contains a vision and, with that, an appeal to the dreamer herself. 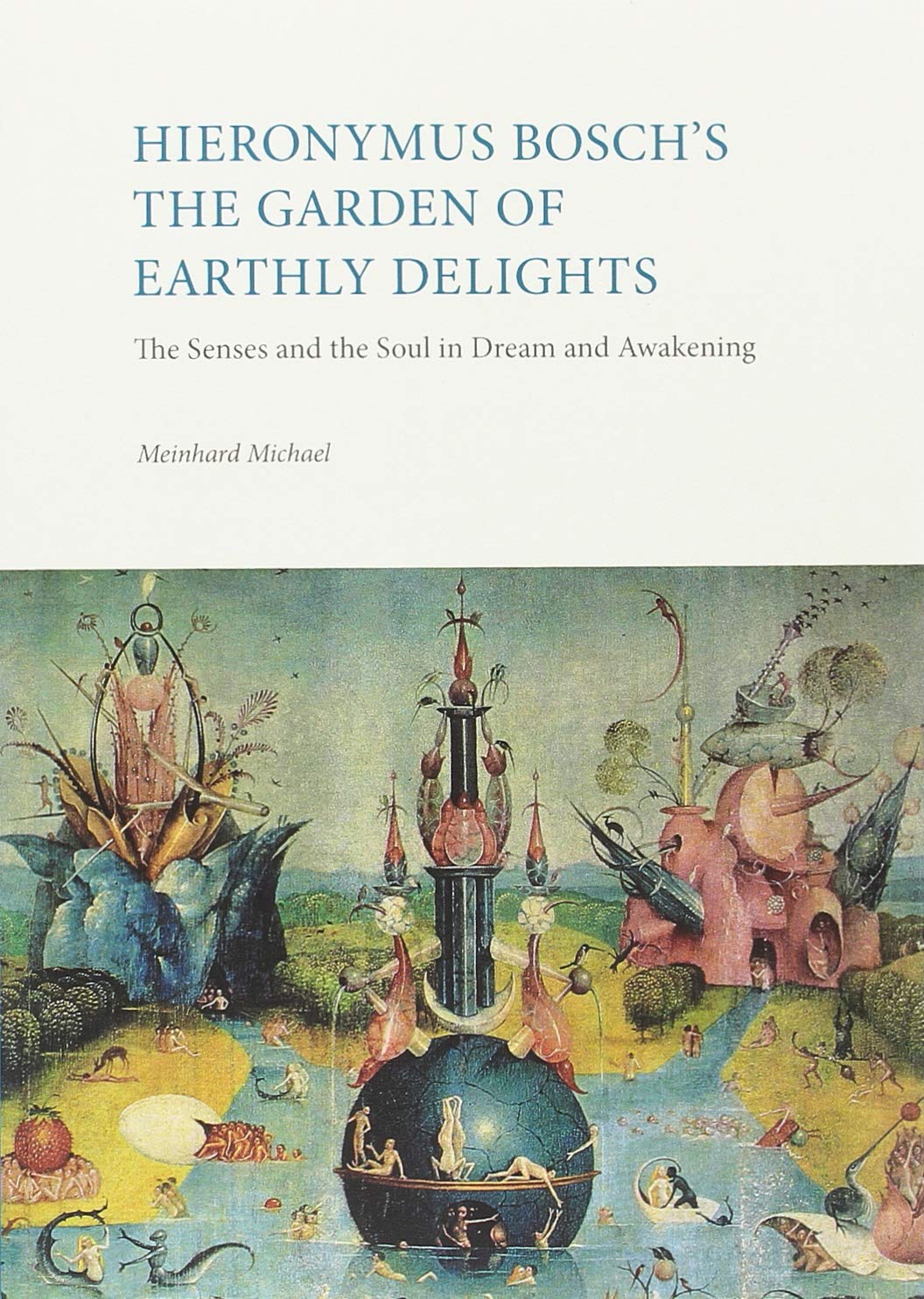 Meinhard Michael, Hieronymus Bosch's The Garden Of Earthly Delights: The Senses and the Soul in Dream and Awakening, PubliQation, 2018.

It is wonderful: you will be able to understand The Garden of Earthly Delights! Hieronymus Bosch’s famous painting is explained here as an enjoyable theological essay. The painter did not create a ‘Find the Hidden Objects’ puzzle at all, because even the smallest detail has its function and its precisely appropriate placement. The emphasis will be on a dream and what can be learnt from it; on the senses and on perception, and on imagination and on the commandment to control the senses. The soul and its mystical marriage to God are integral to the discussion as well as human sexuality both within marriage and for its own sake. Furthermore, we will explore self-knowledge, humility and pride, free will and grace, and God’s love. Its converse can be found in Hell in an ugly polemic employing a catalogue of anti-Jewish motifs. To unravel the meaning of the Garden of Earthly Delights is not to detract from the painting’s enchantment. Its aesthetic and intellectual beauty will, in fact, fascinate even more than before because of the ambition of its discovered allegorical meaning.

The text presented here is an English version of my essay ‚Der Garten der Lüste als Traum – der zu entschlüsseln ist‘, Art-Dok Heidelberg 2017, with references also to later publications and with further additions. It is an extended version of the relevant chapter of the author’s study: ‘Hieronymus Bosch’s The Garden of Earthly Delights. The Senses and the Soul in Dream and Awakening’ (2018). The proposition is that Jheronimus or Hieronymus Bosch painted the Garden of Earthly Delights as a sensual dream of a concrete figure which is shown in the picture itself. The dream also contains a vision and, with that, an appeal to the dreamer herself. The foreground figure in the cave is understood to be the woman who has had the dream. Using a slightly varied topos from illuminations in medieval manuscripts both, the dreamer and the content of the dream, appear simultaneously in the same picture. Subsequently, further details are discussed of significance to the relationship between dream and dreamer. It is shown how the depicted dream modifies the convention of the representations of dreams, emphasising its originality – the telling of the dream in the moment of awakening. It is assumed that the dreamer experienced a ‘mixed dream’, combining fantastic and seductive details with ‘a code for moral conduct’. Another factor is that the nature of this ‘recognition dream’ is metaphorical and requires interpretation. The Garden of Earthly Delight’s mystery then becomes accessible. It is suggested that a passage from William of St. Thierry’s Golden Epistle could serve to reveal an understanding of the Garden of Earthly Delights. The last part of the essay outlines how the awakening from the dream draws the painting together rhetorically as well as allegorically.

at April 06, 2021
Email ThisBlogThis!Share to TwitterShare to FacebookShare to Pinterest