Jacob Miller - an invitation to engage in an achronological excursion through prose that conceal moments of ambiguity — deploying rhetorical devices such as paranomasia. Exploring the richness of Japanese culture, questions of economy, hospitality, and catharsis reside just beneath the surface 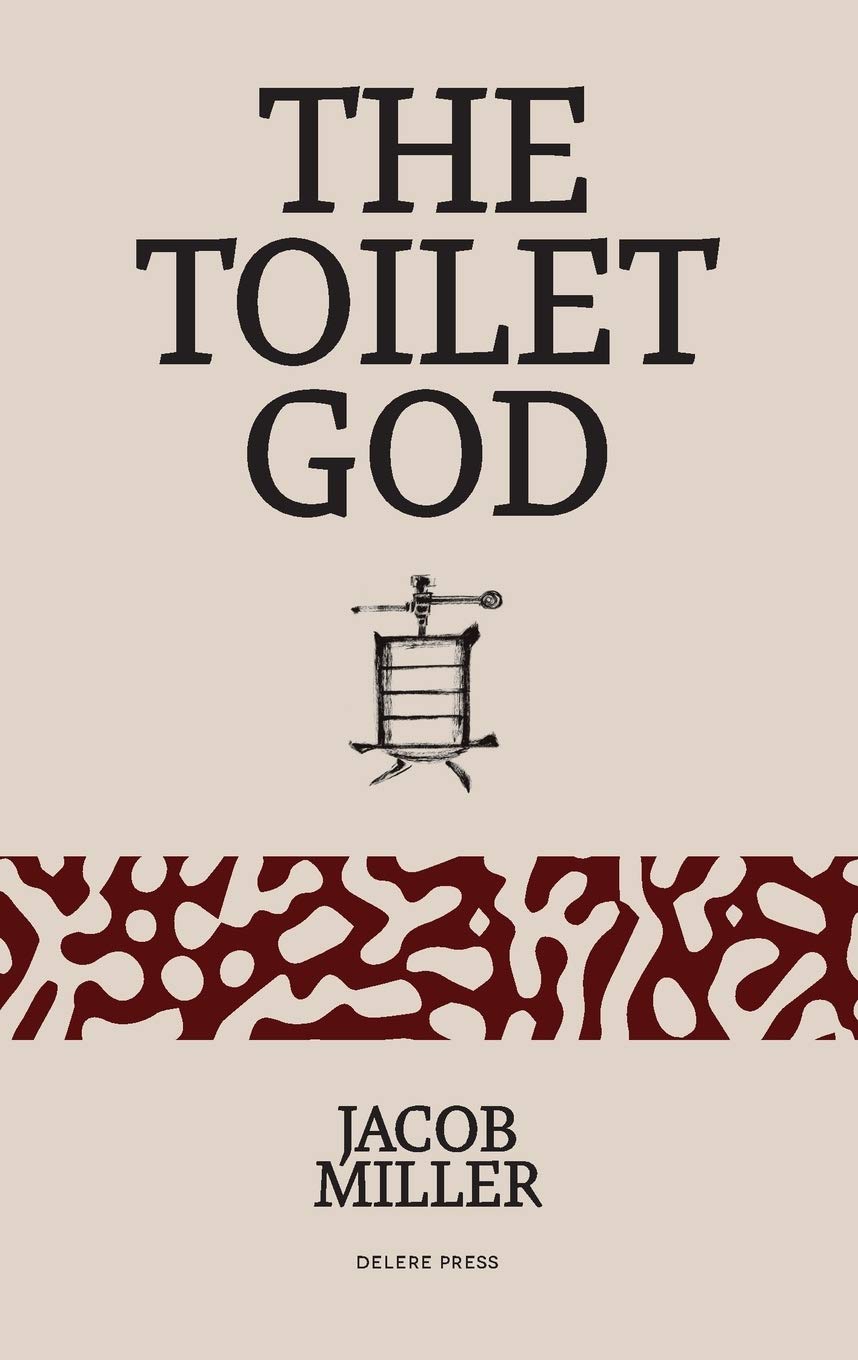 In the spirit of Georges Bataille, Anne Dufourmantelle, Sigmund Freud, and others, The Toilet God presents an invitation to engage in an achronological excursion through prose that conceal moments of ambiguity — deploying rhetorical devices such as paranomasia. Exploring the richness of Japanese culture, questions of economy, hospitality, and catharsis reside just beneath the surface. Consider the posture of Buddha, handcrafted yosegi-zaiku, or the prescient dreams of Tokugawa Ieyasu. Accompanying illustrations by Hannah Walsh proffer a glimpse into the world of mojie and the vistas of Japan setting a familiar territory for The Toilet God who awaits your visitation.

Lines from a Canvas offers the public one of the best kept secrets in the world of poetry for years, the work of Jacob Miller. His poems uniquely traverse the cultural territory from Homer to the Grateful Dead, taking the reader from ancient Greece and Rome to the Holocaust to the Cold War to Vietnam to 9/11. In short, the expansive canvas of his content presents a compelling spectrum mixing classical and modern brush strokes, all while exploring experiences of love and loss, isolation and separation, as well as mortality. Consistent with his content, though perhaps of even greater importance, the crowning achievement shown in this collection is Jacob Miller’s new poetic technique, which delivers the reader to an expertly constructed and long-needed bridge between classical traditions (such as rhyme and meter, or even hidden slant rhymes or assonance connections), and imagistic free-verse. Additionally, this collection contains the poet’s free-verse libretto to the modern opera Manhattan in Charcoal, (recently released on CD). The title poem, Lines from a Canvas, offers the point of view of a canvas, not the painter, and this launches the operative conceit in this collection: each poem explores the perspective of the canvas of life and death, more than the poet himself. Each poem truly brings something new to the page.

Jacob Miller first emerged as a young poet in the 1970's after winning a Hopwood Poetry Award, studying briefly with Allen Ginsburg, then working with the Nobel Prize Laureate, Joseph Brodsky, in classical verse forms for years, while also working with the American Poet Laureate, Robert Hayden, in more economic free-verse. During this period he also launched the literary and arts journal, Empyrea, and published his work, Sublimity vs. Circulation, urging librarians nationally to more aggressively seek out new writers, which was awarded in the Best of Lit. Series and published first in Library Journal and later by The Scarecrow Press. Through the 1980's, his poems were published in numerous literary journals and he gave readings across America as well as in London, England. Then he fell off the map.

For the next 30 years, Miller became a reclusive poet and author who did not aggressively pursue publication and stopped doing public readings, but never stopped writing, refining his craft, pursuing his own new hybrid verse form, alternately living abroad (mostly in Italy) and New York, while making ends meet as a teacher. In recent years though, he resurfaced, was the recipient of support from the New York Foundation for the Arts for this collection of poems, Lines from a Canvas, as well as his novel, Leviathan. He also wrote a free-verse libretto, Manhattan In Charcoal, for a modern opera released on CD last year. His poem cycle Blues from an Airport Bar was also set to music and released on the CD "Song Cycles."

Jacob Miller has three children and an avid interest in vintage motorcycles.

at April 13, 2021
Email ThisBlogThis!Share to TwitterShare to FacebookShare to Pinterest