Andrea Kneeland - This might well be one of the finest books to show the true reflection of the anxious-depressed and honest passive person, when they look in the mirror with a hangover, wondering what happened to their life 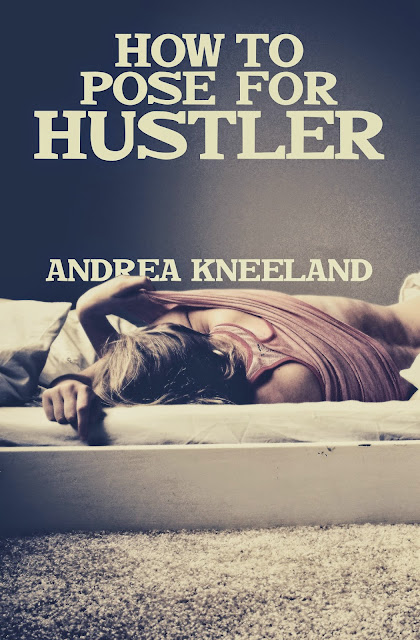 Andrea Kneeland, How to Pose for Hustler, Civil Coping Mechanisms, 2015.

With How to Pose For Hustler, Andrea Kneeland proves she is a master of the strange, the unexpected, the inexplicable in the stories she tells, in how she tells those stories. To borrow a phrase from one of Kneeland’s remarkable, razor sharp short fictions, with these words, she offers us a crushing of beauty.”–Roxane Gay

“Andrea Kneeland’s How to Pose for Hustler is indeed a manual. It’s a how-to for people trying to be people, trying to figure out how to live despite the darkness and confused desires that are too often mistaken for light. This book is a headlamp, and it is also the darkness. I could not put it down.” – Lindsay Hunter

“Kneeland lays out perfectly chosen details and minutia, chronicling her characters outer and inner lives to illuminate the absurdity and anguish of her young women’s sad, deeply felt existences. Giving voice to the endless struggles young women must endure on this planet, How to Pose for Hustler does funny-sad extremely well and adds a much needed voice to the Indie Lit scene.”– Paula Bomer

How To Pose For Hustler might well be one of the finest books to show the true reflection of the anxious-depressed and honest passive person, when they look in the mirror with a hangover, wondering what happened to their life.
These stories exist in that moment of self-reflection, that idea captured and expanded through multiple stories, detailing the gritty reality of the lives we live. These aren’t stories where the characters walk off holding hands into the sunset, but instead are stories where the character wonders if the sun will fall and burn them to save them from their relationship.

Kneeland shows that dirty realism is alive, even though sometimes the characters in the stories don’t want to be. Multiple stories take place from the perspective of a fragile female narrator. Through Kneeland’s mastery of storytelling they explore what it means to strive to be content, showcasing what it’s like to be in a relationship where you would rather perform oral sex than cuddle and have a discussion because the idea of emotional intimacy is far scarier than physical intimacy.
The book is a short read, around 150 pages long. Yet, How To Pose For Hustler reads even quicker, some stories being a page, some prose poems less than that. The most remarkable thing about this book is how it grips into your heart, searching for blackness and despair in there that never necessarily existed before, or you didn’t know it did, and through an illumination of the world that people pretend doesn’t exist, shows you what you already suspected in this ever messed up world that we live in.
That may be the best thing about How To Pose For Hustler, other than every story being a homerun and hitting the nail on the head in every way possible. The book makes you feel better about the world, not because it shows the good parts of it – far from it – but because it represents those marginalized feelings that you know and may have felt, it’s that friend who rests their hand on your shoulder and says “this is beautifully fucked up” and in between the pages of this book you can look back and smile, feel better for the company. - Jay Slayton-Joslin 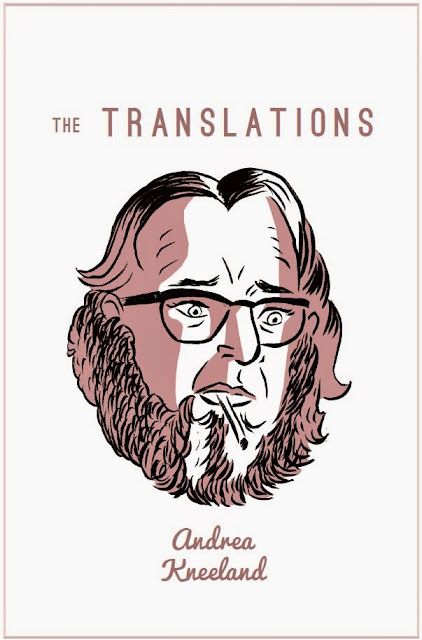 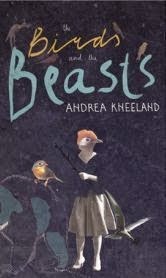 the Birds & the Beasts (The Lit Pub, forthcoming)

STORIES ON THE WEB
A Simple, Rigid Structure – Barrelhouse
About Things that Are Lost and the Places that Things Get Lost – Smokelong Quarterly
All of This And Nothing – Dark Sky Magazine
The Attention of a Man – Dogzplot
Beneath Impossible Circumstances – Strange Horizons
Better Things – 3AM Magazine
But I Will Make Your Sandwiches Just the Way You Like Them – PANK Magazine
Crush – Necessary Fiction
Damage Control – Dogzplot
DOLLFACE – New Dead Families
The Golden Thread – Psychopomp
Hassan Hates the Sand – For Every Year
Home – Corium Magazine
Instructional: How to Kill Your Lover(s) – The Salt River Review
List for My Ex-Husband – Knee-Jerk Magazine
Love Hotel – Everyday Genius
My Dreams in the Necessary Compartments – PANK Magazine
My Head is Buried – The Collagist
People Who Are Good People – Wigleaf
The Photographer – Flashquake
Pretty – Corium Magazine
Requirements – Dogzplot
Shiny – Corium Magazine
Smoke Surrounds Us – HOUSEFIRE
Sponge – Storyglossia
Two Sundays Ago Right Before We Met Those Sailors on Our Way to the Pizza Place – Corium Magazine
The Whole Situation – Bound Off
Working Notes on the Mathematics of Music – Mad Hatters’ Review


Interview with Andrea Kneeland, Author of “How to Pose for Hustler”

at May 08, 2015
Email ThisBlogThis!Share to TwitterShare to FacebookShare to Pinterest
Labels: Andrea Kneeland