Kevin Maloney - It whistles with the wit of Brautigan, stings with the heart of badly dissolved romance. If a modern day mountain man came out of the wilderness with a story in his eye, this might be the thing he’d tell 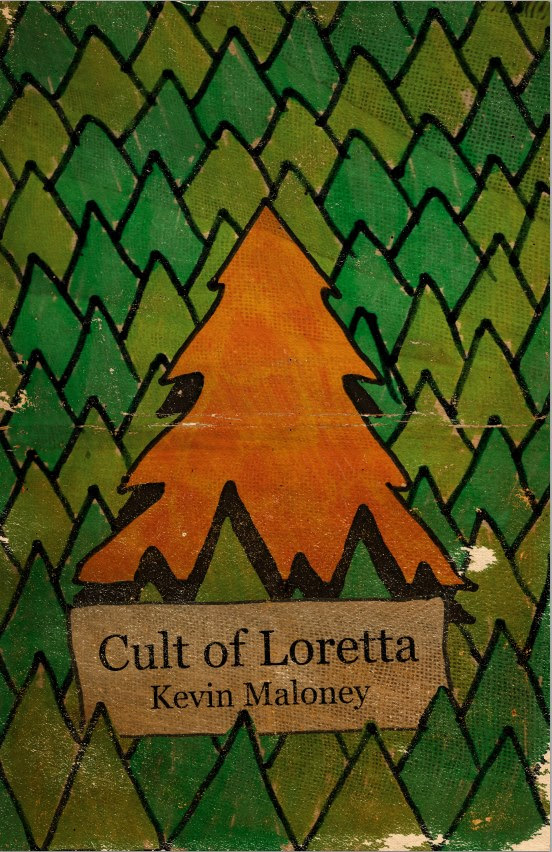 
“I haven’t read a book this great, this funny, this original, this emotional, this bonkers in quite some time. It’s a little like Bukowski and Sam Lipsyte and the drug scene in Beavis and Butthead Do America all smashed together, but also completely and totally Kevin Maloney.” —Aaron Burch

“Cult of Loretta is a hot dose of pleasure. It whistles with the wit of Brautigan, stings with the heart of badly dissolved romance. If a modern day mountain man came out of the wilderness with a story in his eye, this might be the thing he’d tell. Kevin Maloney is that kind of treasure—a wild thing that’s come in from the war of life, lived to tell the tale.” —Brian Allen Carr

“Kevin Maloney alchemizes the allure of dicey friendships, hallucinatory sex and a drug so terrifying I’m heartbroken I’ll never get to try it. Cult of Loretta captures the manic fury of Richard Brautigan writing a sequel to The Outsiders during a ketamine binge.” —Jim Ruland

“Cult of Loretta is a book about a man named Nelson who gets his ass kicked over and over again by the world, and his heart pulverized over and over by the same enigmatic woman. It’s about what happens to love when both halves of a couple are whacked out on the most powerful drug of all time. It’s about the tragedies that parents can make for us, and the tragedies we make for ourselves. Kevin Maloney is an exceptional talent, someone capable of weaving all of these nasty little ingredients into something that is as tender as it is bleak, something that makes you laugh out loud as it rips open your skin and pulls out your veins.” —Juliet Escoria

“Kevin Maloney drags the lake of our subconscious, revealing the often startling but always mesmerizing grit that becomes human memory. Cult of Loretta is an impressive debut, a confident showcase of an exciting new literary talent.” —Michael J Seidlinger


The trailer for Kevin Maloney’s Cult of Loretta (due out later this month on Lazy Fascist Press) begins with images of Portland looking idyllic. Soon enough, though, narration adds an ominous tone to the proceedings, after which things get downright psychedelic. Given that the works of Richard Brautigan are among the reference points used when discussing it, that might not be much of a shock, but the presence of black metal as the visuals turn chaotic adds even more of a jolt. - www.vol1brooklyn.com/2015/05/07/portland-turns-surreal-in-the-trailer-for-kevin-maloneys-cult-of-loretta/