Tomas Espedal dwells on the notion that working is required in order to live in compliance with society, but is this natural? And how can it be natural when he is drawn toward impossible things—impossible love, books, myths, and taboos? 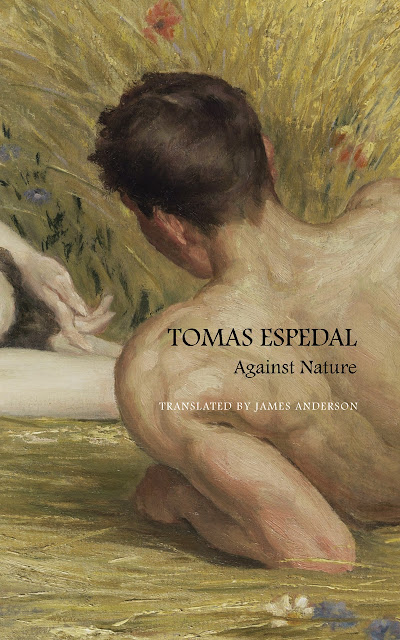 In contemporary Norwegian fiction Tomas Espedal’s work stands out as uniquely personal; it can be difficult to separate the fiction from Espedal’s own experiences. Against Nature, a companion volume to Espedal's earlier Against Art, is an examination of factory work, love’s labor, and the work of writing. Espedal dwells on the notion that working is required in order to live in compliance with society, but is this natural? And how can it be natural when he is drawn toward impossible things—impossible love, books, myths, and taboos? He is drawn into the stories of Abélard and Héloïse, of young Marguerite Duras and her Chinese lover, and soon realizes that he,  too, is turning into a person who must choose to live against nature.

“A masterpiece of literary understatement. Everybody who has recently been thirsting for a new, unexhausted realism, like water in the desert, will love this book.”—Die Zeit 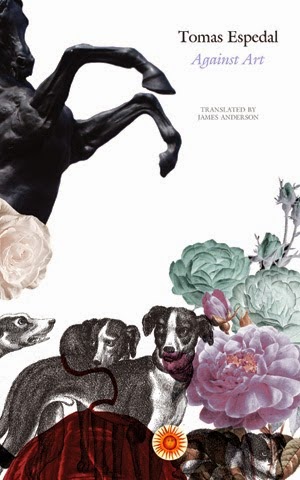 In contemporary Norwegian fiction Tomas Espedal’s work stands out as uniquely personal; it can be difficult to separate the fiction from Espedal’s own experiences. In that vein, his novel Against Art is not just the story of a boy growing up to be a writer, but it is also the story of writing. Specifically, it is about the profession of writing—the routines, responsibility, and obstacles. Yet, Against Art is also about being a father, a son, and a grandson; about a family and a family’s tales, and about how preceding generations mark their successors. It is at once about choices and changes, about motion and rest, about moving to a new place, and about living.

“One of the most beautiful, most important books I\'ve read for years.”—Klassekampen

“Espedal has written an amazingly rich novel, which will assuredly stand out as one of the year’s best and will also further fortify the quality of Norwegian literature abroad.”— Adresseavisen

“Against Art attacks literature while at the same time being intensely literary. Our greatest sorrows and torments, the individual experiences often so anemic in art, find a voice of their own.”—Morgenbladet

“Against Art moves me with its maternal history and proves yet again that Tomas Espedal writes great novels.”—Dag og Tid

Against Art is an autobiographical novel, a text in which Espedal considers his place and his writing, and how he got to the point where he is. The work is subtitled: The Notebooks, and at one point he suggests:     Notebooks: the dream of a book.
The dream is fairly fully realized here: while there are notebook-like aspects to parts of it, the novel coheres fairly well, with several unfolding storylines. Nevertheless, there's a looseness to the narrative, and it breaks up at times, even into poetry or jottings. However, rather than a prospective, looking-for-answers approach Against Art both is -- in much of the content -- and feels retrospective: even as he writes 'against art', Espedal has clearly constructed his book, rather than merely reproducing notebook-entries.
It begins with what is not a deliberate vagueness but an admission of it being impossible for him to say precisely when he is writing, suggesting repeated attempts to start in on and get on with what he is trying to do here: "I am forty-three -- forty-four -- forty-five -- forty-six years old", and:
Spring, autumn is the season I like most of all, the summer is past, I can begin working, November, September, the ninth or the nineteenth, the twenty-ninth; I start writing in the morning or in the evening.
There is no precise chronology to the work taking shape. It is divided into sections -- 'April', 'September' -- and yet these are only loose markers. The narrative looks back as much as it deals with the more immediate. Espedal tries to balance the artificiality of art -- of 'capturing' a story or a life -- with an examination of process,
"I must concentrate on writing", he tells himself (and us), as writing is both escape and necessity, "a necessity of life". A double-hit of loss is the specific trigger here, as Espedal finds himself living alone with one of his two daughters after the deaths of both her mother and of his, a few months apart; dealing with these, in writing and in life, proves difficult -- "There it ground to a halt, the language stopped". So he writes around them, approaching them from different angles, and from a greater distance, cautiously, slowly making his way back to them.
Family is central to the book, from his tenuous hold on and connection to the teenage girl who is growing evermore independent to the previous generations in whose footsteps they follow. He looks back at earlier generations, especially the courtships, and the coming together and drifting apart of the couples. And in trying to capture these other lives, he also tries to capture and identify his own -- recognizing, for example, that:
A mask, my mask, it looks like my own face, that's the subtlety of it; I take the mask off and look like myself, I put the mask on and resemble the other, the one in disguise; he clothes himself in words.
It's an impressive, multi-layered narrative, of the power and limits of art, of finding one's place -- within a family, as well as a place to live and work -- of dealing with grief and ever-changing intimate personal connections, whether abrupt -- the death of a loved one -- or more gradual -- a daughter coming into her own. It is a complete work, yet also feels like a stage, of his life and writing-career. It is clearly part of a larger, continuing struggle; not surprisingly, Espedal's now also translated next work, a companion volume, is titled Against Nature.
A quite fascinating, rich, and deeply personal work. - M.A.Orthofer

A writer sits at his desk and… what does he write about? Too often, perhaps, he writes about himself, the subject seductive, ready to hand.
The protagonist of Tomas Espedal’s novel of sorts, Against Art, is… Tomas Espedal. Unmoored by his mother’s death, he begins to relate the story of his family, and his life.
He tells of his great-grandfather, his grandparents and his parents; their stories intercut; starting, stopping, restarting, repeating. His parents’ meeting echoes that of his paternal grandparents and that of his great-grandfather with his second wife. Other such echoes abound. Circumstances and character traits recur across generations. Males notice females hanging around waiting to be noticed. Boys long for their mothers.
Sentences and thoughts, too, are repeated, restated, often contradicted – sometimes within themselves: “Spring, autumn is the season I like most of all.” “I sit there waiting for her to come home. I wait for her to come home.” “(I)t’s difficult to write the word lonely but I was lonely, I wasn’t lonely.” The author is either too fond or too unaware of these perseverations.
Espedal’s descriptions of the natural world can be vivid, his descriptions of loss and despair piercing: “(T)he only desire I had was the desire to give up.”
Yet such immediacy is rare. Little happens in the present, little emerges unmuted by the filter of Espedal’s introspection. More typical are elaborate recollections of places he has lived, rooms he has written in, diaries he has kept; the book often reads like journal entries, or notes. There is at one point a grocery list, at another, a listing of the days of the week.
Against Art documents a writer’s effort to heal through writing; less metafictional than baldly, transparently, self-involved. Grief has left Espedal bereft; he tries to write his way out, but finds nowhere to look but back. - Laurence Levey

at May 16, 2015
Email ThisBlogThis!Share to TwitterShare to FacebookShare to Pinterest
Labels: Tomas Espedal