Sergio Galindo - With homely features, but with a body so shapely and exciting that it sets men aflame throughout the novel, with an incandescent voluptuousness and delightful amorality , Otilia Rauda could be the protagonist of a Greek tragedy or of a soap opera made of improbable happenings

Winner of Mexico's prestigious Xavier Villaurrutia prize in 1986, Otilia Rauda is here translated into English for the first time as Otilia's Body. Widely considered Sergio Galindo's best work, the novel dramatizes a sexually liberated woman's obsession with an outlaw lover, played against the backdrop of Mexican history from 1910 to 1940. A fine example of "intimist" fiction, Otilia's Body is noteworthy for its penetratingly described characters who transcend time and place to become universally recognizable.

...among the best works that Mexican fiction has produced."—Héctor Gally

"With homely features, but with a body so shapely and exciting that it sets men (priests included) aflame throughout the novel, with an incandescent voluptuousness and delightful amorality (surely explosive in the conservative Mexican society of her time and place) ...Otilia Rauda could be the protagonist of a Greek tragedy or of a soap opera made of improbable happenings and as many turns of fate as there are chapters used to tell the story of her life."—Jorge Ruffinelli

The winner of Mexico's Xavier Villarrutia prize in 1986, Otilia's Body is the kind of story that could have been made into a classic film during Mexican cinema's golden age in the '40s and '50s. Otilia Rauda is a wealthy young woman whose remarkable physical development has been driving the town of Las Vigas crazy since she was 13 years old. Men "responded instinctively to her presence, like a primitive call." But although her body is beautiful, her face is not, and while she comes from a wealthy and respected family, she is loathed by many in town. Otilia freely gives her favors but only gives her love to one man-the wounded outlaw Ruben Lazcano, who cannot love her back. When another injured bandit finds refuge in her house, she asks him to show his love for her by hunting down and killing Lazcano. Set in the verdant state of Veracruz between 1910 and 1940, the narrative is divided between a flashback that sets up Otilia's plan and the young lover's search for the legendary Ruben. The last third of the book is the strongest, perhaps because it focuses on the two men and Lazcano's own plan for revenge. It is unfortunate that the characters behave like stock figures of the period, indulging in passionate sex, passionate love, passionate laughter and passionate revenge without thinking much about any of it. If Otilia had made one choice that wrenched the story off this familiar path, Galindo's novel might have soared into the realm of art. As it is, only if it had been filmed by the great Mexican director Emilio Fernandez, with the help of photography director Gabriel Figueroa and probably starring Dolores Del Rio, could Otilia's Body have reached that height. - Publishers Weekly 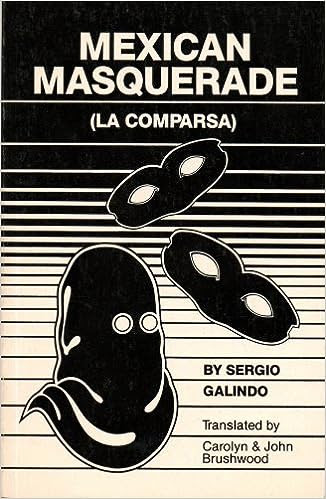 A literary festival of characters and their amusing—and at times indecorous—antics, this novel tells the unexpected story of a town blurred by the transformative frenzy of the masquerade that overtakes the lives of its inhabitants.