The Spectralities Reader: Ghosts and Haunting in Contemporary Cultural Theory - Gathering together the most compelling texts of the past twenty years, the editors transform the field of spectral studies with this first ever reader, employing the ghost as an analytical and methodological tool 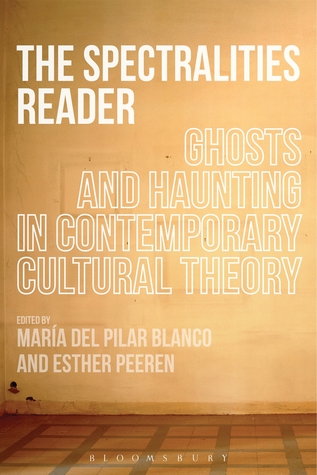 
Ghosts, spirits, and specters have played important roles in narratives throughout history and across nations and cultures. A watershed moment for this area of study was the publication of Derrida's Specters of Marx in 1993, marking the inauguration of a "spectral turn" in cultural criticism. Gathering together the most compelling texts of the past twenty years, the editors transform the field of spectral studies with this first ever reader, employing the ghost as an analytical and methodological tool. The Spectralities Reader takes ghosts and haunting on their own terms, as wide-ranging phenomena that are not conscripted to a single aesthetic genre or style.
Divided into six thematically discreet sections, the reader covers issues of philosophy, politics, media, spatiality, subject formation (gender, race and sexuality), and historiography. It anthologizes the previously published work of theoretical heavyweights from different disciplinary and cultural backgrounds, such as Jacques Derrida, Gayatri Spivak, and Giorgio Agamben, alongside work by literary and cultural historians such as Jeffrey Sconce and Roger Luckhurst.


Do you believe in ghosts? Well, they believe in you. From the uncanny in the work of Nigerian legend Amos Tutuola to the ethereal projections in Henry James’ novels and stories, The Spectralities Reader collects some fascinating nonfiction about our obsessions with wraiths, haunts, and other unseen impulses. Whether you want to explore capitalism and ghosts or Walter Benjamin and ghosts or being buried alive with ghosts, you’ll find something of interest in this massive anthology. A fair amount of the material is deeply analytical and rife with footnotes, but there’s still enough of interest here for the layperson. Some will simply delight in terms like “Hauntology,” “Spectropolitics,” “Textual Haunting,” Phantasmic Radio,” and, of course, “Ghostwriting.” Others will delve deeper into a world of invisible memes and subtextual stirrings. “When the lights go out, hearing stays awake.” - Jeff VanderMeer
Labels: Esther Peeren Maria del Pilar Blanco