Matthew Remski - Half cartoon and half ritual, Silver asks: Does photography murder us? Is reality itself pornographic? Was Christ's tomb the first pinhole camera? Why do we feel dead?


Matthew Remski's second novel, Silver, is an absurdist eulogy for the 20th century with a cast of thousands, including Leni Riefenstahl, Dorothy Stratten, J.P. Morgan, the Silver Surfer, and Bob Barker, with cameos by a born-again-dead-again Jesus Christ.
Half cartoon and half ritual, Silver asks: Does photography murder us? Is reality itself pornographic? Was Christ's tomb the first pinhole camera? Why do we feel dead?
In a maze of visualizations that will enrage and enlighten, Remski tells the terrifying story of power. Power: transferred from fascism to corporate America on the backs of pin-up queens, rape victims, and misunderstood saviours.


Like David Foster Wallace, Matthew Remski seems to be struggling with the aesthetic legacy of the high postmodernists: How is the young contemporary writer to make the lessons of the masters his own and then move beyond them? Silver, Remskiâ’s response to this dilemma, is nothing less than a parody of Gravity’s Rainbow, but it’s also something more: he has the style down and also the weird imagination and encyclopedic knowledge; but where rocket-obsessed GR is, some would claim, phallocentric, Silver explores the insidious fallout of phallocentrism.


The plot, which the following can only suggest, begins with investigative reporter Tyrone Pynchon scuffling through prewar Germany, uncovering the dangers behind the ascendant Nazis and pursuing a fascination with the Shroud of Turin. The novel then turns its attention to postwar America, where the Nazis, though defeated, have managed to perpetuate their fascist worldview. The desire to objectify others, most evident in Germany in the Holocaust, is manifested in North America in a male chauvinism that has been internalized by men and women. The Barbie doll, with its impossible image of female beauty and its dangerous lessons about commodification, was created, it turns out, by Klaus Barbie. Playgoy magazine is the brainchild of Nazi Hans Hugo Heffner. The climax of the novel is the inevitable coming together of events that result in the murder of Playmate Dorothy Stratten. (There’s also a wonderful digression about Jesus Christ’s post-Resurrection roamings, searching for meaning. Did you know He was the first Ronald McDonald?)


Silver is a work of incredible imagination, combining the comic and tragic in purposes aesthetic and ideological. Starting as an in-joke, it becomes an intelligent and challenging novel in its own right.
- Robert L. McLaughlin


Rick Moody wrote in his review of Mason & Dixon that writers of his generation have exactly one author with whom they must come to terms: Thomas Pynchon. This is hyperbole, to be sure, but it’s no exaggeration to say that many of our best writers work in the shadow of Gravity’s Rainbow in the way that folks like William Faulkner and William Gaddis worked in the shadow of Ulysses. William T. Vollmann and David Foster Wallace come instantly to mind, as do Carol De Chellis Hill and Richard Powers. Each of these writers is powerful enough and original enough to stand without GR as a crutch, but the influence is undeniable, and not talking about it would be like playing a game of literary Taboo. So then what’s a young, hyper-smart literary wunderkind to do but tackle the Rainbow head on?

This is exactly what Matthew Remski does in his new novel, Silver. Not just a Pynchon-esque novel, Silver is a long improvisation/meditation on Gravity’s Rainbow and its author, written almost exactly in Pynchon’s style. Hardly coy about his approach, Remski names his main character Tyrone Pynchon, fusing GR’s protagonist Tyrone Slothrop with Pynchon himself, and sets him down in pre-War Germany as an erudite, paranoid, and dissolute correspondent for the News of the World. Pynchon gets his NOW assignments through elaborately cabalistic means, sent by editors he’s never met, and the novel begins with him finding instructions tattooed in a Lewis Carroll-like spiral around a chance lover’s asshole: “Go to Berlin. Check out Mengele and the violinist, plus the Riefenstahl virus. Also look into the bunny trade….”
Resigned, Pynchon heads for the Reichstag, where his journalist’s credentials allow him to observe all manner of Nazi perversity. The violinist in question is a young Jew named Ghimel whose hands have been amputated and switched, his ability to re-learn the violin proving Mengele’s theory of the “ambidextrous and therefore unnatural, lawless, and uncentred nature of the Semite.” Ghimel serves as entertainer/lackey for the Nazi revelers, and his wrist wounds set up a powerful crucifixion motif that Remski explores throughout the rest of the novel.
Present in various capacities are Leni Riefenstahl, Josef Mengele, Klaus Barbie, and Hitler, as well as Hans Hugo Heffner, rabbit breeder, and Andrei Lupus Weber, Party composer. Mixing these historical and quasi-historical figures together, Remski addresses another of the book’s central motifs: the pornography of image, as illustrated by everything from film and propaganda to children’s toys (i.e. “Barbie” dolls). If there’s a central image to Silver, the way the Rocket is the central image to GR, it’s the Shroud of Turin—or more accurately a specific negative photograph of the Shroud, which Remski portrays as the ultimate pornography. The silver of the novel’s title refers to the silver used in photography, and the “Riefenstahl virus” is a cloud of silver that surrounds our Nazi pornographers, infecting everyone with whom they come in contact.
What’s interesting about the novel’s structure is that it surrounds Gravity’s Rainbow like Riefenstahl’s cloud of silver. The first forty-five pages all take place before GR, and, excluding a two-page “WWII Segue,” everything else takes place in GR’s aftermath. And true to Pynchon’s vision, Remski charts the Nazi diaspora all over the world. Weber and Eva Perón hit it off when the Nazis go to Argentina, the composer becoming her chief propagandist, and when burger-meister Ray Krok enters the picture, sights begin to be set on the ultimate destination: the States.
Around this point, the novel begins to break apart considerably, following the Rainbow’s trajectory downward into fragmentation. Tyrone Pynchon heads for America, aboard the U.S.S. Television, but he gets sidetracked by Their meddling, and as we see him fall more and more under Their control, he begins to disappear from the novel, à la Tyrone Slothrop. Taking several leaps in time, Silver follows the disparate storylines as they diverge and recross in masterfully orchestrated lurches toward modern-day America. We see Ghimel’s child born and then emigrate to the States. We meet wholly new characters—most notably doomed “Playgoy” bunny Dorothy Stratten—and wait for them to intersect with the rest of the crew. And, most importantly, we watch the Nazi aesthetic infiltrate and infect America.
As in Gravity’s Rainbow, however, there are counterforces at work, if only fatalistic ones—namely the authors Pynchon and Remski themselves. Not nearly as self-indulgent as it sounds, Remski turns the novel into a profound examination of authorship and identity, and even when it gets a little wanky, Remski has volumes to tell us about the nature of reading and writing.
So the question is, with all this rampant Pynchania, is it possible that Silver is a great book? None of the setting or subject matter is Remski’s own, nor are the prose style or pacing. Some of his themes and motifs vary from Gravity’s Rainbow, although not by much. For all of its lack of originality, though, I’d have to say that Silver may be one of the most wildly brilliant—and weirdly original—novels in recent memory. Like the premise of Borges’ story “Pierre Menard, Author of the Quixote,” Silver is an astonishing experiment in mimesis. The prose style is so outrageously Pynchonlike that a few times I thought it was Pynchon and that Matthew Remski was just one of his characters. And when Remski really gets going, he can pull off feats so outlandish that they rival some of Pynchon’s best bits.
Overall, however, Remski is no Pynchon. Nobody is. As brilliant as Remski may be, his vision is much smaller, and his scope far narrower. For all its plenitude, Silver often finds Remski doing the things we expect and understand Pynchon to do—and usually stopping before things get too dense and the counter-counter-counter-plots get too confusing. Nevertheless, Remski is an out-and-out genius. And even though it contents itself with remaining under the Rainbow, Silver just might be a great book. —David Wiley  http://www.raintaxi.com/  Summer 1999 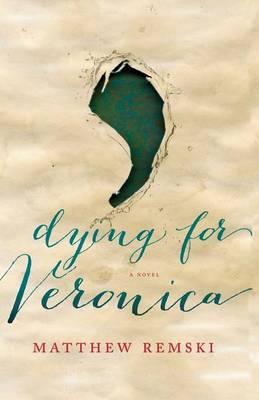 
Matthew Remski's first novel, set in 1970s Toronto, is an incestuous love story of bizarre proportions. The narrator recalls an unhappy and twisted childhood spent with his sister Veronica, whom he is in love with - which leads to an even more unhappy adulthood. Shot through with black humour and biting satire, Dying for Veronica is rich with dark secrets. It draws deeply on the often mysterious imagery of Catholic mythology and its collision with - and submersion by - modern North American culture.


A young man is coming of age at the intersection of a broken Catholicism and a rupturing postmodernity. His sister initiates him into transgression, shadow-play, and the sublime. Then she vanishes. He writes a long love-letter to her and his own silence, shredding both liturgy and language in passionate confession of whatever comes after faith. A second edition of Matthew Remski's ground-breaking first novel.


Early in Dying for Veronica, Matthew Remski’s more-gothic-than-Catholic, guilt-ridden first novel, the author writes: “The room filled with the light you see when the purple curtains of your confessional cleave open like the dress of a whore mounting the steps of a gallows.” It’s an unwieldy image, but for all the force and apparent seriousness, it is an apt description of the sublime sensibility on which this novel depends.
And so, Remski has issued a challenge: a novel that pursues a story through a series of portentous, ludicrous pronouncements. For the most part, Dying for Veronica does away with the restraints of plot, offering in its place a man remembering his unholy love for his sister. The setting is a Catholic church and the story (such as it is) unfolds as a kind of passion play that both condemns the narrator to his nostalgic, repugnant lust and redeems him from it.
What actually happens to Veronica, an elusive saint/whore/virgin archetype is difficult to tell. Molested by her father (Our Father, in the novel), a drunken lout who received free room and a small salary as caretaker of the church, she learns to give her body like a sacrament, even to her brother. Eventually, she finds redemption in a convent, becoming the Sister her now-adult brother – the organist at the cathedral, plunking the keys and mooning for his irreverent childhood – can never have.
The question at the heart of Dying for Veronica, though, isn’t so much, “What happens to Veronica?” as, “What happens to personal history?” In searching for truth in the past, Remski seeks the gloriously religious. Dying for Veronica is more ritual than substance, and while the prose is at times overwrought, Remski still manages to convey what it once must have been like to believe. - Hal Niedzviecki   https://quillandquire.com/review/dying-for-veronica/
Labels: Matthew Remski