Lukáš Tomin - A martyrised allegory of itself, The Doll is like an unredeemed child’s fantasia, replete with its Maldoror-esque gigantism, its symbolic parricides, its incest, its deranged ecstasies, its polymorph obscenity, its sublime and apocalyptic id-like irrationality. 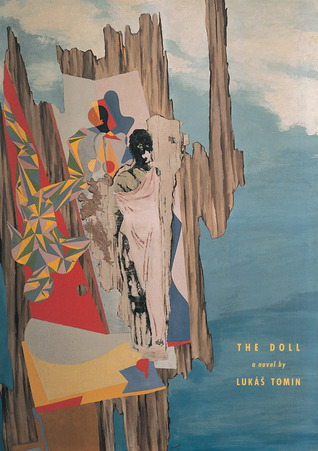 
The cult novel of early 1990s Prague.
Set somewhere in Europe, The Doll interweaves the stories of three couples in search of transcendence. At the center are two children, Cathy and Thomas, who travel to Spain to erect the largest doll in the world — a symbol of aspiration that diminishes as the work progresses. Grotesque descriptions of sex and drunkenness illustrate the futility of any form of striving toward a goal. A nod to the greats of Modernism, The Doll is a swirl of languages, hallucinations, and visions that create a dreamlike atmosphere of mystical import. It became an immediate cult classic in Prague upon its publication in 1992.


A visionary work, by an extraordinary and important young writer. As cultures and languages mix and merge, Tomin meets the subsequent literary challenge head on, and actually makes this reader hopeful about the future of the Novel. -- Fay Weldon

The Doll is a sensuous and melodious flow of words that Tomin has mercilessly dragged out of his subconscious . . . The result is somewhere between prose and poetry. -- Prognosis, April, 1993

Twisted Spoon's very first publication remains one of their most extreme: Lukas Tomin's The Doll. Tomin leaves his characters half-drawn for much of the book, forcing the reader to puzzle out the connections and distinctions between them. His drastic switches of style abandon cumulative effect for a series of instants, sometimes with heavily compressed plotting or circular passages of dialogue. . . . The novel seeks to jolt with its odd narrative rhythms, making it a rare contemporary update of the surrealist novels of Breton and Pinget. Tomin grew up in a disident family under one of the harshest periods of communist rule, and wrote The Doll in his second language, English, as an migr in Paris. He steadfastly refuses to ground his prose in a comfortable fictional environment, just as he refused to ground it in the comfort of his native language. -- David Auerbach 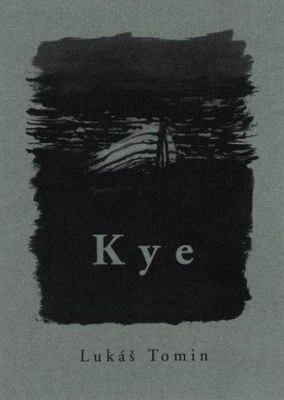 
In many ways a companion to Ashtrays, Tomin's previous novel, Kye shifts the setting from Paris, where exuberance was found in excess, to London, where the organism senses itself to be out of balance and is acutely aware of its decay. The euphoria has long passed as Kye is unable to break the inertia of his drinking, smoking, and unfulfilled sexual fantasies. As such, Tomin explores the trap exile has become for him, making clear his identity as Czech. Gradually overcome by his impotence to act decisively, Kye reflects on all that was left and lost "back there."


A Lovely Tale of Photography is an hallucinatory novella about a female photographer who is suffering from an undetermined illness. Confined to a sanatorium, where she is surrounded by a cast of stock characters speaking various languages, she is made to confront a reality other than that framed by her camera.


The setting is contemporary London. The narrator, Kye, is a Czech expatriate who lives a life of alcoholism, dissolution, and general purposelessness . . . remembering more directed times: his revels in Paris; his youth in Czechoslovakia as a student demonstrator. Kyes mind leaps and spills like a piata. Where text becomes consciousness, the protagonists personality, conversely, becomes a semiotic field of imaginings and symbolic markers. Avidly experimental in approach, the lines between observation and fantasy are dissolved, points of view are conflated, and the nervous drift of the narrative sweeps the reader into dislocation. While Tomins literary influences are modernist, his voice and sense of humor are uniquely contemporary. -- The Prague Post, November 16, 1997


Tomin's writing moves seamlessly between poetry and prose, employing rhyme and wordplay to create extra-linear meanings which deepen and extend rather than detract from the central narration. Less an experiment than an excursion into the depths of language, Tomin's work deserves to be read more widely. - — Stephan Delbos


Set in Paris, Tomin's second book is the narrative of a tempestuous Czech artist living off the generosity of his girlfriend, struggling with the desire for fame and the alienation of his exile. Repetitive passage through the streets of Paris and recounting of events and disruptions of daily life are periodically broken by lyrical sequences where fantasy and recollection are combined. Writing in an adopted tongue marked by both his native Czech and the French of his setting, Tomin forges an English that is rhythmic, mobile, energetic, and often sharply humorous. In this language, the extremes of the material and spiritual worlds collide and intersect, creating a space of extreme reality which directly confronts the mundane.


There is no question that Tomin has talent for creating a gritty, urban, yet highly poetic atmosphere. -- Prognosis, January, 1994

Whatever else the novel Ashtrays may be, it is certainly a linguistic tour de force all the more remarkable given that the author, Lukas Tomin, is a Czech who has chosen to write in English. The imagery is stiking and highly original, the speech rhythm whether British or American English remarkably fluent and accurate, and the style as a whole has a mellifluous, poetic quality. It also has that essential and often forgotten ingredient for a novel: It makes the reader want to turn its pages. Unlike Tomin's first novel The Doll, there is little trace of mysticism, . . . Instead, what we get is a gritty, sordid portrait of Parisian low-life couched in language of great originality that gives even the most squalid passages a compelling intensity. -- Michael Halstead